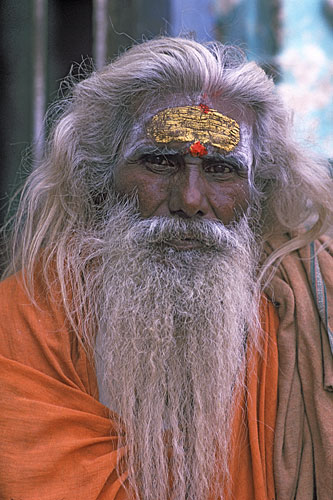 Sadhu at the shrine of Tirupparankunram, Tamil Nadu, India

Each year millions of men and women go on pilgrimage in India. Most take a short break from their daily lives and return home upon the completion of their pilgrimage. Others spend years visiting sacred sites all across the country. Notable among these long-time pilgrims are the sadhus. The Sanskrit term sadhu (pronounced sah-doo) refers to individuals who have chosen to live their lives apart from or on the edges of society in order to focus on their own spiritual practice. Members of different semi-monastic orders, sadhus are renunciates who have left behind all material and sexual attachments and live in caves, forests and temples all over India and Nepal. Some sadhus are elder men who have lived as householders and raised families before becoming sadhus, while others are young men who have become renunciates often in their late teens or early 20s (there are also female sadhus called Sadhvis). There are an estimated 4 or 5 million sadhus in India today and they are widely revered for their intense spiritual practices and holiness. 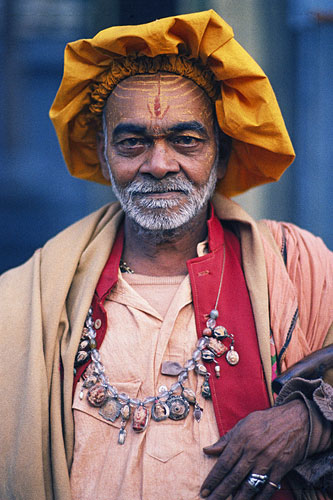 Sadhu at Shiva temple of Daksheswar in Hardwar 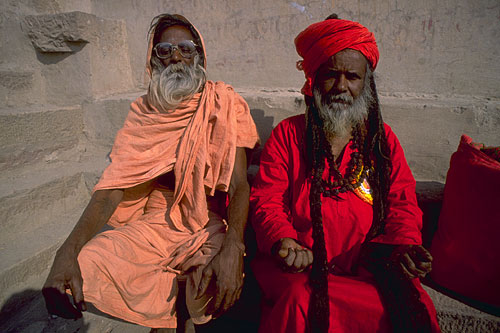