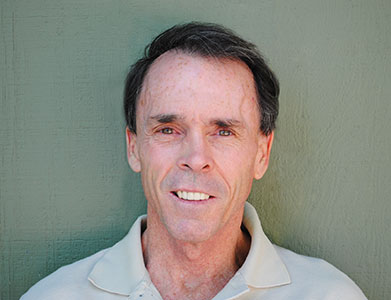 My career as a photographer of sacred architecture and pilgrimage sites began when I was a young boy. My father was in the US diplomatic service and because of this I was privileged to travel widely around the world. Archaeology and photography were my father's hobbies and my mother was fascinated by classical music and painting, thus from my earliest years I was immersed in the arts and antiquities of foreign cultures. When I was twelve years old our family moved to India for four years. During this period I went on frequent journeys, both alone and in the company of wandering holy men, to the temples, mosques and sacred caves of India, Nepal and Kashmir. Reading widely in the fields of Buddhism and Hinduism, and intrigued with the beauty and mystery of the sacred places, I dreamed of one day producing a guidebook and photographic atlas of the great Asian pilgrimage shrines. After my family's return to the United States I entered the University of Arizona with the intention of studying Mesoamerican archaeology but soon left, drawn back to India by the call of the spiritual quest and the desire to become a mountain hermit in the tradition of Theravada Buddhism. While living in northern India I became a member of a monastic order and for the next ten years, both in India and the west, cultivated a deep practice of meditation.

At the age of twenty-eight I left monastic life behind, returned to the US, and started two travel companies. Within three years these companies were bringing thousands of tourists to the Caribbean and Mexico and I was becoming a very successful businessman. Yet there was an emptiness in my heart and soul for I yearned to do something more aligned with my spiritual practices. My prayers were soon answered. On a journey to South America, visiting the archaeological sites of Easter Island and Machu Picchu, I experienced a powerful reawakening of my interest in ancient sacred places. So strong was this interest that I decided to pursue my earlier ambition of photographing the world's great sacred architecture.

Returning to the US, I sold my business and began a thirty year period of traveling as a wandering pilgrim to many hundreds of sacred sites in more than one hundred countries. Traveling frequently by bicycle and visiting hundreds of temples, monasteries and sacred mountains, I conducted extensive studies of sacred site mythology, the history of religions and the anthropology of pilgrimage traditions. Along the way, I also conducted a comprehensive photographic documentation of the great holy places.

During my travels, I recognized the sacred places to be repositories of many of the world's greatest artistic and cultural treasures. However, because of their out-of-doors locations and their resulting exposure to industrial pollution, the sacred structures do not receive the protection which paintings, sculptures and other art are given in museums. Viewing this situation, I recognized that my research and travels had a greater purpose than merely my own education or the production of a beautiful photography book. Public attention needed to be drawn to the degraded condition of these wondrous art pieces so that they might be preserved for the benefit and education of future generations.

In an attempt to assist in this education and preservation work I created a multi-projector slide show that communicates both the extraordinary beauty and precarious situation of the sacred sites. During the past twenty years, I have presented this slide show at museums, universities and conferences around the US, Latin America, Europe and Asia, to more than 125,000 people. Building on the success of these slide shows, I created the World Pilgrimage Guide web site that has, since its inception in late 1997, received more than 25 million visitors. In 2004 National Geographic published The Geography of Religion, of which I was the principal photographer. In 2007 Sterling published Sacred Earth, a collection of 200 of my color photographs of sacred sites around the world.  To learn more about my motivations and purposes for all of this travel and writing please click here.

Martin has given hundreds of slide shows around the world, including the following: