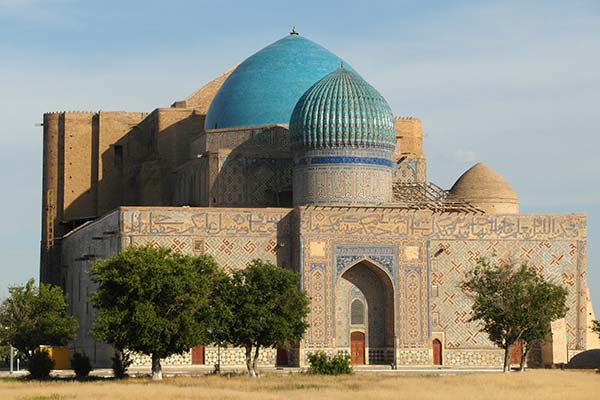 The Mausoleum of Khawaja Ahmed Yasawi is an unfinished mausoleum in the city of Turkestan, in southern Kazakhstan. The structure was commissioned in 1389 by Timur, who ruled the area as part of the expansive Timurid Empire, to replace a smaller 12th-century mausoleum of the famous Turkic poet and Sufi mystic, Khoja Ahmed Yasawi (1093–1166). However, construction was halted with the death of Timur in 1405.

Despite its incomplete state, the mausoleum has survived as one of the best preserved of all Timurid constructions. Its creation marked the beginning of the Timurid architectural style. The experimental spatial arrangements, innovative architectural solutions for vault and dome constructions, and ornamentations using glazed tiles made the structure the prototype for this distinctive art, which spread across the empire and beyond.

The religious structure continues to draw pilgrims from across Central Asia and has come to epitomize the Kazakh national identity. It has been protected as a national monument, while UNESCO recognized it as the country's first site of patrimony, declaring it a World Heritage Site in 2003. 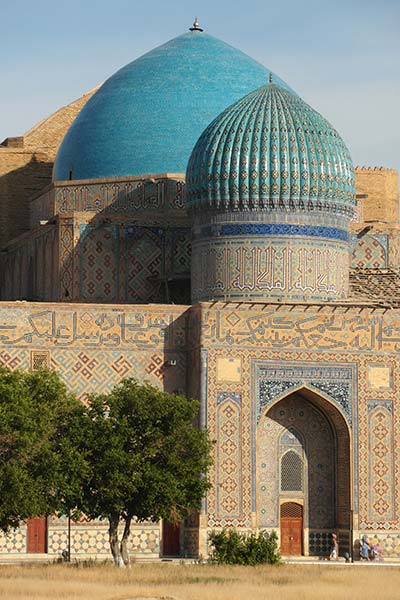