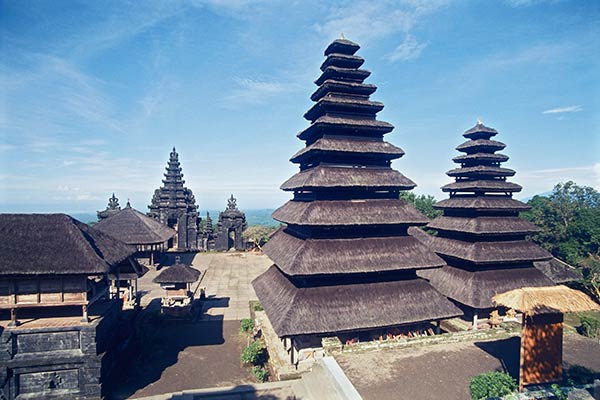 The Temple of Pura Besakih on the slopes of Mt. Agung (Enlarge)

The island of Bali is geographically located about 8 degrees south of the equator and about 18 degrees north of the western end of Australia. One of the thousands of islands that make up the Indonesian archipelago, Bali is a relatively small island with an area of only 2147 square miles (5633 sq. kilometers). Originally inhabited by aboriginal peoples of uncertain origin, Bali was colonized by a seafaring people, called the Austronesians, some four of five thousand years ago. Since the seventh century AD, the animistic Balinese have absorbed diverse elements of Mahayana Buddhism, orthodox Shivaism and Tantrism. Today, the island is the only remaining stronghold of Hinduism in the archipelago, and Balinese religion is a fascinating amalgam of Hinduism, Buddhism, Malay ancestor cults, and animistic and magical beliefs and practices.

A range of towering volcanic mountains divides the island into northern and southern portions. For the Balinese these mountains are the homes of the gods. The range includes four primary sacred mountains: Agung, Batur, Batukao and Abang. Of these, Gunung Agung, Bali's highest mountain at 10,308 feet (3142 meters), is the most sacred to the island's Hindus, while Gunung Batur is considered most holy by the aboriginal people living in the remote jungles around Lake Batur. Mt. Agung is the abode of Batara Gunung Agung, also identified as Mahadewa, the supreme manifestation of Shiva. Mt. Batur and Lake Batur are sacred to Dewi Danu, the Goddess of the Lake. Also called Ida Ratu Ayu Dalem Pingit, this goddess is regarded as the provider of irrigation water in the form of bubbling natural springs that issue all over the lower slopes of Mt. Batur. An enormous fresh-water lake of 4240 acres, sacred Lake Batur is considered by farmers and priests to be the ultimate source of the springs and rivers that provide irrigation water for the whole of central Bali.

Bali is an island of temples. The Department of Religion has cataloged at least eleven thousand temples - small and large, local and regional. The Balinese call a shrine palinggih, which simply means "place" or "seat" and refers to any sort of temporary or permanent place toward which devotions and offerings are made. In no case is the shrine itself considered sacred; the shrine exists or is built as a residence for sacred, or holy, spirits - either ancestors or Hindu deities. Balinese temples are not closed buildings, but rectangular courtyards open to the sky, with rows of shrines and altars dedicated to various gods and deities. The gods are not thought to be present in the temples except on the dates of the temple's festivals, and therefore the temples are usually left empty. On festival days the congregation of each temple assembles to pray to and entertain the visiting deities. Most Balinese families belong to a half dozen or more temples and devote several weeks of labor each year to maintaining the temples and preparing them for numerous festivals.

Writing in his excellent anthropological study The Balinese, J. Stephen Lansing explains that,

...the main focus of attention in Balinese temple festivals is not the row of shrines to the gods in the inner sanctum. Most Balinese temples contain an inner courtyard, an in-between space dividing the realm of the gods in the inner courtyard from the outside world. Widening this border or division into a space where an orchestra can be played and actors and puppeteers can perform creates a zone where the world of everyday life overlaps with the world of the gods in the inner sanctum. In temple festivals, this middle courtyard becomes a performance space where actors and actresses portraying mythic episodes from the lives of the gods and heroes may go into trance, possessed by the spirits of the characters they portray. Performances in the middle courtyard are addressed to both audiences at once: the gods for whom the festival is being held and the human audience.

Prayers and offerings to the gods comprise only a small part of typical temple festivals. The primary activities carried on in the temples are ceremonies of sacred dance and music. Writing in Bali: Sekala & Niskala, Fred Eiseman explains the nature and purpose of these ceremonies,

...Hindu-Balinese philosophy conceives of the universe, and all within it, as an equilibrium between good and bad forces. Neither can be eliminated, but ugly things can occur when nothing is done to maintain balance so that the negative forces get the upper hand. Religious ceremonies maintain the balance. The lovely offerings you see are for the positive forces, but just as much effort and attention is given to their negative counterparts, though this is not apparent to the casual visitor.

In Bali are found six supremely holy temples, called Sad Kahyangan, or the "six temples of the world". They are Pura Besakih, Pura Lempuyang Luhur, Pura Gua Lawah, Pura Batukaru, Pura Pusering Jagat, and Pura Uluwatu. The most famous temple in all Bali is the triple shrine located in the courtyard of the Pura Penataran Agung at Pura Besakih. At this shrine three Padmasanas (a type of shrine) are arranged side by side. Although it is often said that the three shrines are for Brahma, Vishnu and Shiva, all are fundamentally dedicated to Shiva. The elaborate tiered shrine is called a meru and symbolizes the world mountain, Gunung Maha Meru. Something like a Chinese pagoda, a meru is constructed of an odd number - up to eleven - of thatched tiers. The laws of traditional Balinese architecture carefully specify the dimensions of a meru, the way it must be constructed, the types of wood appropriate for each part, and the ceremonies involved in its dedication. If, for some reason, a shrine must be moved to another location, the spirit of the shrine is first transferred to a daksina, a special offering, which is then placed nearby in a temporary shrine. The original shrine is completely destroyed. None of its components may be reused for any purpose. Often the materials are dumped into the sea to insure that they are not unwittingly used again. This practice is in contrast to certain other religious traditions where the reuse of the remains of earlier temples is considered to actually increase the sanctity and power of newer temples.

Other important Balinese temples are Pura Ulun Danu Batur, the Temple of the Crater Lake, dedicated to the Lake Goddess Dewi Danu, and Tirta Empul, where flow the holiest waters of Bali, believed to possess magical curative powers. 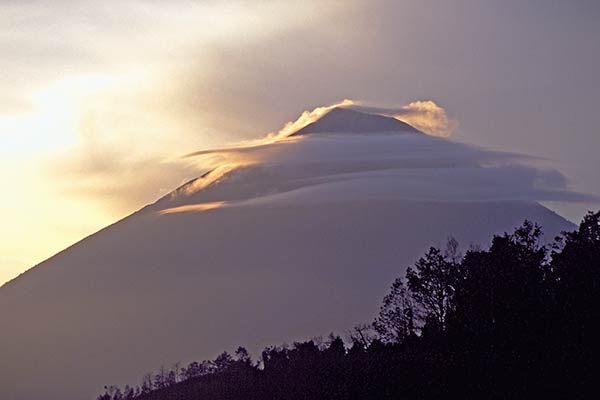 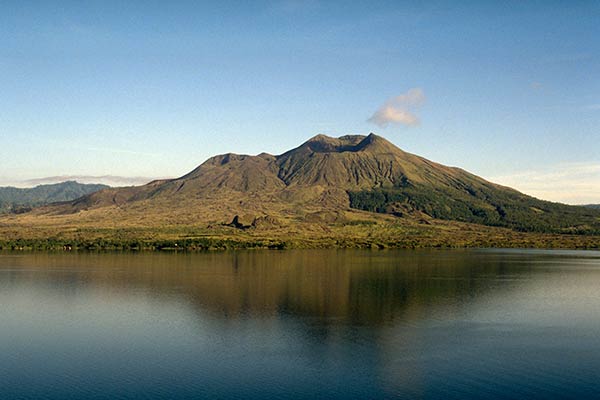