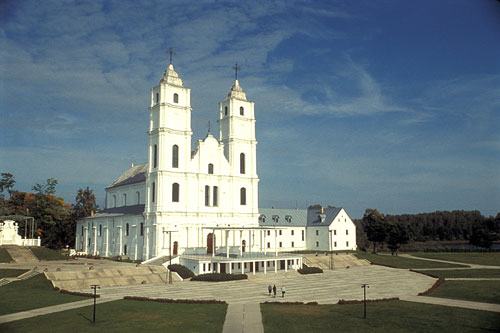 Located in the rolling hills of southeastern Latvia, 40 kilometers northeast of the city of Daugavpils, the small agricultural town of Aglona is home to the country's most important site of Christian pilgrimage. Similar to so many other Catholic shrines in Europe, the Basilica of Our Lady of Aglona is situated at a place of known pagan sanctity, in this case a natural spring with healing powers. Christianity came late to the region and the Dominicans built the original church, a simple wooden structure, in 1699. The following year a Dominican monastery was constructed; both the church and the monastery perished in a fire of 1766.

The present masonry church, built in the Italian Baroque style, was begun in 1768 and finished in 1780. It was dedicated to the Assumption of the Virgin Mary and consecrated in 1800 by Bishop Benislavski. On the main altar of the church is the much-revered painting of Our Lady of Aglona. This painting predates the foundation of the present church building and is considered to be a miraculous icon. The painting, on an oak frame, dates from the early 17th century and is closely related to the 14th century icon of the Virgin of Trakai in Lithuania. There are various theories about its exact origin, but most probably the Dominicans brought it to Aglona from Lithuania. The icon is hidden behind a screen and is opened only on special occasions. Behind the altar there are many testimonials to the healing power of the icon. Legends state that on August 15, 1798 a local woman (praying on the hill where now stands the Aglona cemetery) saw a vision of Mary holding the child Jesus in her arms. This vision, the ancient, pre-Christian sanctity of the site, and the miraculous healing power of the icon have made the Basilica of Aglona the traditional place of pilgrimage for Latvian Catholics.

Pilgrims gather for major holy days throughout the year, the most important of which is the feast of the Assumption of the Blessed Virgin Mary on August 15. Since the late nineteenth century this holy day has attracted tens of thousands of pilgrims, at times exceeding 100,000. The fame of the shrine extends far beyond the borders of Latvia, with large numbers of pilgrims coming from Russia, Belorussia and Lithuania. Other important pilgrimage days are September 8, March 25 and the Pentecost.

In 1980 the Church celebrated its 200th anniversary and was officially given the status of a Basilica by Pope John Paul II. In 1986 it was the site of celebration of the 800th anniversary of Christianity in Latvia. A major renovation of the Basilica and expansion of the church grounds was begun in 1992 in preparation for the pope's visit. In September 1993 Pope John Paul II visited the Shrine and over 300,000 pilgrims assembled at this time.


Latvia abounds in Neolithic mounds and megaliths such as Pokainu Mezs (Pokriane), but few of these have been excavated or studied by mainstream archaeologists. Geomancers, dowsers and alternative archaeologists have begun to chart these ancient sites and have found striking evidence of a wide-ranging sacred geography linking ancient sacred places around the country. 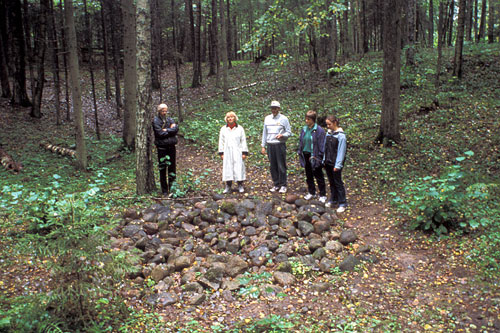 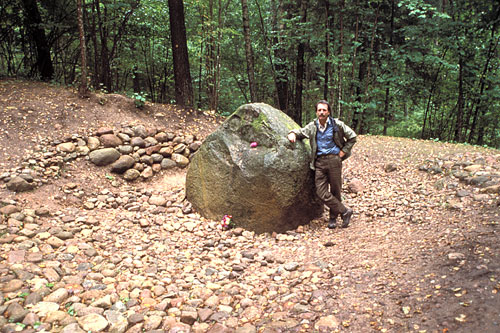