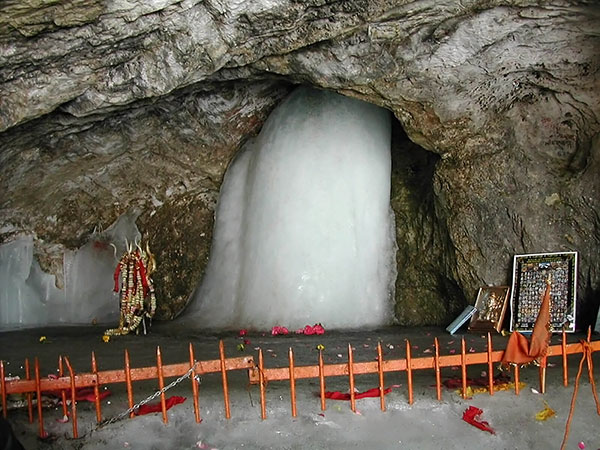 The Amarnath cave, located in the Indian state of Kashmir, is one of the most famous shrines in Hinduism. Dedicated to the god Shiva, the shrine is claimed to be over 5,000 years old and forms an important part of ancient Hindu mythology.

Inside the main Amarnath cave is an ice stalagmite resembling the Shiva Linga, which waxes during May to August and gradually wanes thereafter. This lingam is said to grow and shrink with the phases of the moon, reaching its height during the summer festival. According to Hindu mythology, this is the cave where Shiva explained the secret of life and eternity to his divine consort Parvati. There are two other ice formations representing Parvati and Shiva's son, Ganesha.

It is a popular pilgrimage destination for Hindus - about 400,000 people visit during the 45-day season around the festival of Shravani Mela in July-August, coinciding with the Hindu holy month of Shravan.

Devotees generally take the 42 km (26 mi) pilgrimage on foot from the town of Pahalgam, about 96 km (60 mi) from Srinagar, and cover the journey in four to five days. There are two alternate routes to the temple: the longer and more traditional path from Srinagar, and the shorter route from the town of Baltal. Some devotees, particularly the elderly, also ride on horses to make the journey.

During the past fifty years, the ice Shivlingam has shrunk in size. While weather does affect its shape and size, many environmentalists blame global warming for the condition. 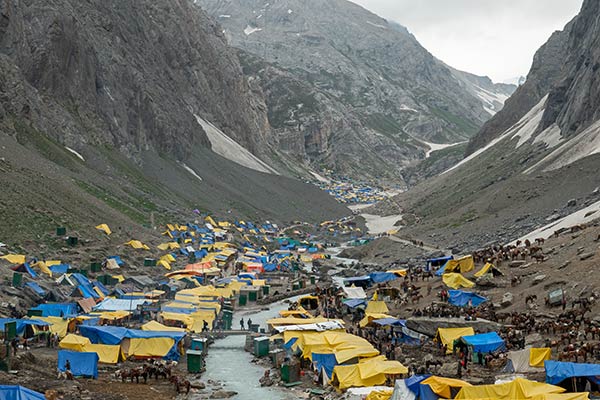 Tents for pilgrims near Amarnath Shiva Cave Temple, cave in distance at top of photograph (Enlarge) 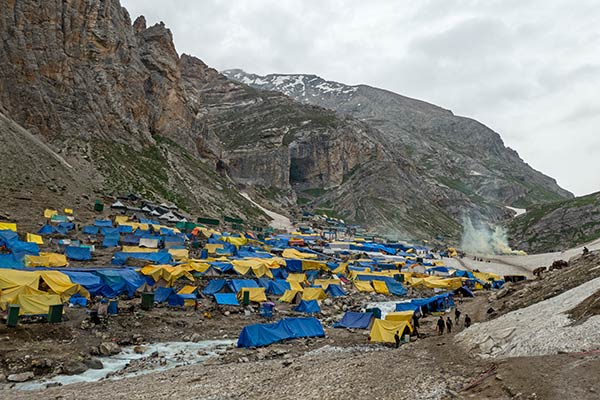 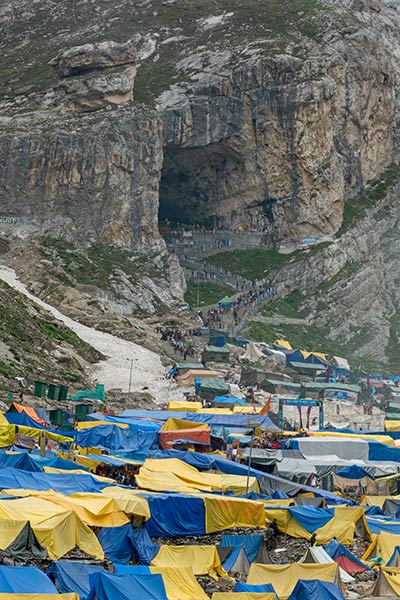 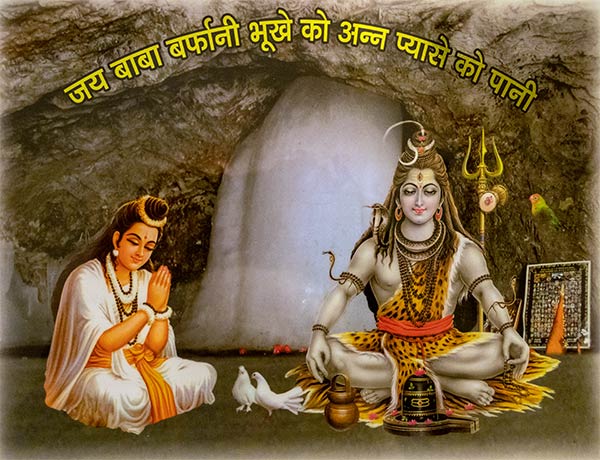 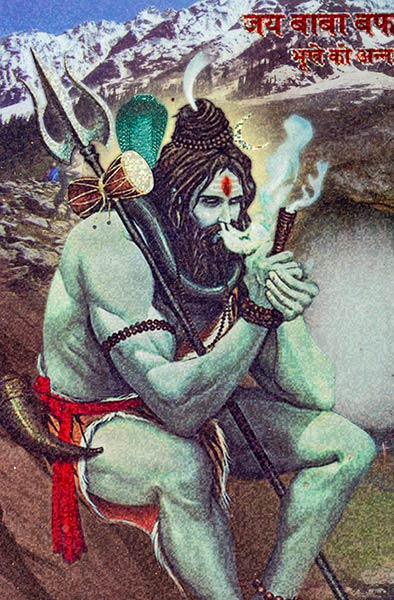