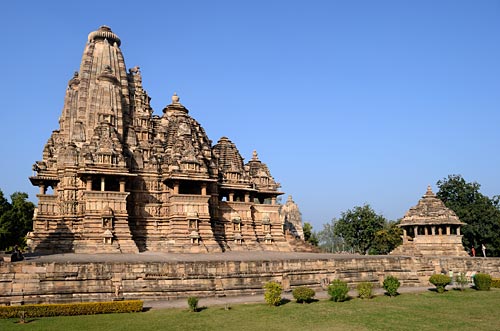 The Khajuraho temples were built with precisely carved sandstone blocks, weighing as much as 20 tones, which were held in place by gravity, not with mortar. Oriented in an East-West direction, with their openings facing east, the temples have three main compartments: an entrance, a vestibule, and an inner sanctuary. In some of the larger temples windows were used to bring light into the sanctuaries.

Both the exteriors and interiors of the temples are adorned with exquisite sculptures depicting various forms of the gods and goddesses, as well as the everyday life of people during the Chandela dynastic period in which the sculptures were made. There are sculptures showing farmers, potters, craftsman, musicians and women applying makeup, as well as elephants hauling large loads. 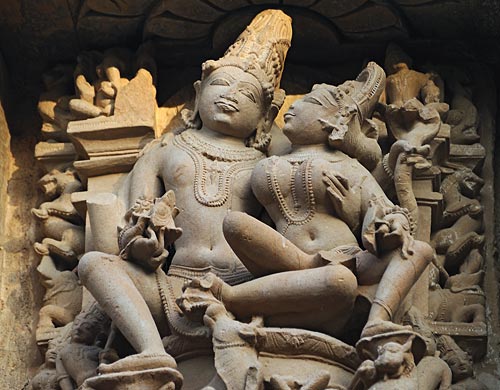 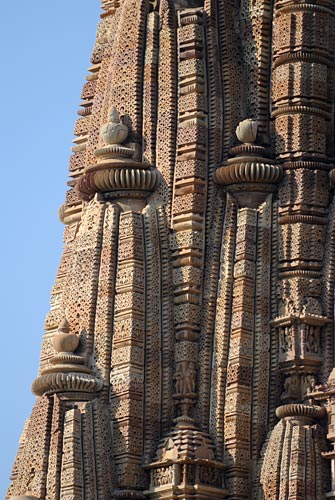 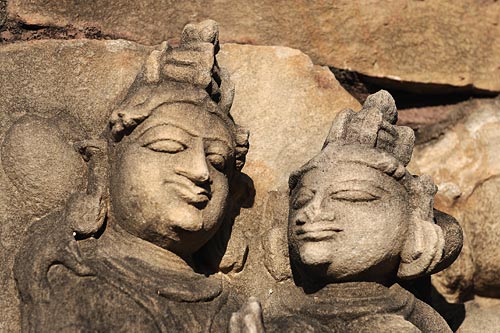