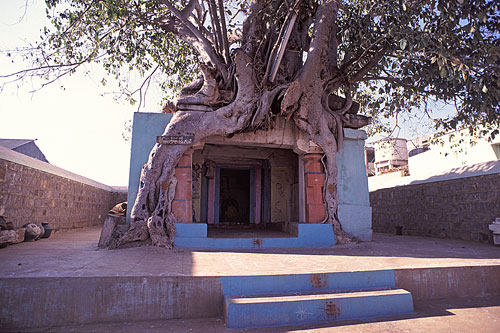 
While India is notable for its great temple complexes, it is important to understand that each of the great temples had their genesis as a small shrine of a rural folk people. Long before pilgrims came to visit from distant lands and long before royal patronage enabled the construction of huge, stylized temple structures, particular river sites, springs, caves, trees and rocks were known by local people to be the dwelling place of a variety of different earth spirits. The first shrines were simple thatch or wooden enclosures built over a sacred spirit stone or beneath a sacred tree. These structures were primarily utilitarian in the sense that they delineated the perimeter of the sacred space and facilitated the gathering of the local folk people for ritual purposes.

The enclosures themselves were not initially considered sacred - they only housed the sacred - yet over the course of time the structures also came to be regarded as sacred. The rock of the sacred enclosure was considered the static, earthly, 'masculine' aspect, the sacred tree was the dynamic, fertilizing, 'feminine' aspect, and together they represented the creative foundation of life. Below the earth of the sacred stone and in the branches of the sacred tree lived the mythic serpent. Winding its way sinuously and easily through the two realms, the mysterious and long-living serpent is understood to represent both realms and, more importantly, to energetically connect the two. Throughout the great expanse of ancient India, from the Dravidian south to the Indus Valley civilizations of the north, the serpent is thus associated with the magical sites of the hermaphroditic earth spirit. 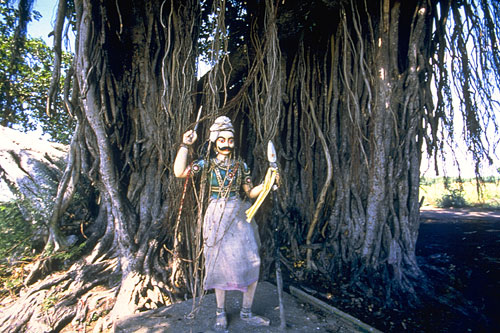