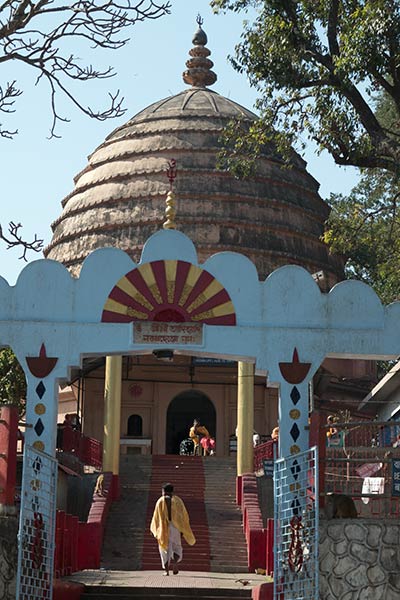 
Perched atop the hill of Chitrasal in Guwahati, Assam, stands Navagraha, the temple of the nine celestial bodies. Pragjyotishapura (the earlier name of Guwahati) was the capital of the Kamarupa state from 350 to 1140 AD and was known as the 'The City of Temples' and the 'Eastern City of Vedic Astrology' (the word Prag means eastern region, while jyotisha means Vedic star astrology). The earliest temple for which there is archaeological evidence at the Navagraha site was constructed around the fourth century AD. Regrettably, there is little clear information regarding what happened to this temple prior to the 1750's when the Ahom King Rajeshwar Sinha had Tarun Durarah undertake a reconstruction. Following a devastating earthquake in the year 1897, the temple was again reconstructed and was further renovated between 1923 and 1945.

Navagraha temples, of which there are others in southern India, are devoted to the nine (nava) major celestial bodies (Grahas) of Hindu Vedic astronomy. These celestial bodies are named Surya (Sun), Chandra (Moon), Mangala (Mars), Buddha (Mercury), Brihaspati (Jupiter), Shukra (Venus), Shani (Saturn), Rahu (North Lunar Node) and Ketu (South Lunar Node). In the Navagraha of Guwahati each of these nine planets is represented by a Shiva lingam located within the temple. Colored clothes cover the nine lingams, each color representing a different celestial body. The priests who conduct rituals in this temple belong to a specific type, known as Daivagya Brahmins (astrologer Brahmins) who are experts in preparing astrological horoscopes. The temple is believed to have aligned the mighty celestial forces in one single place. 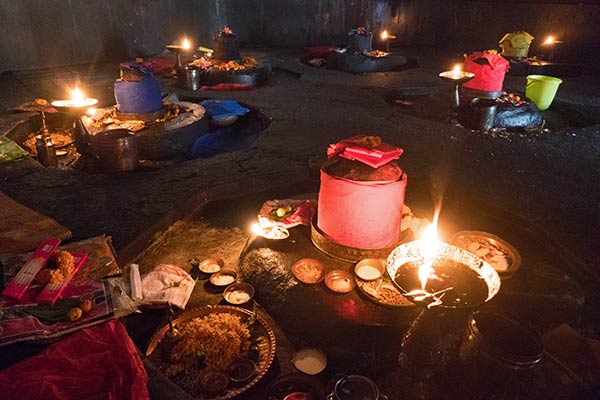 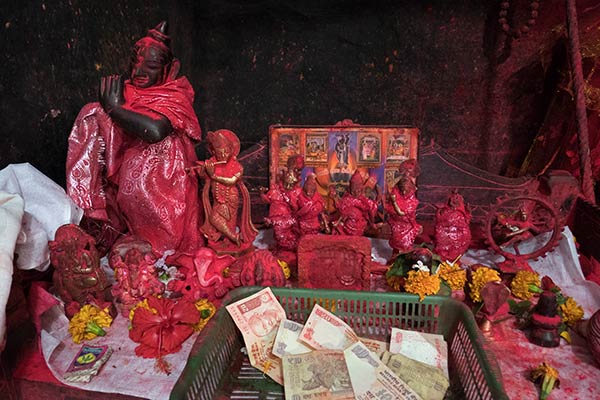 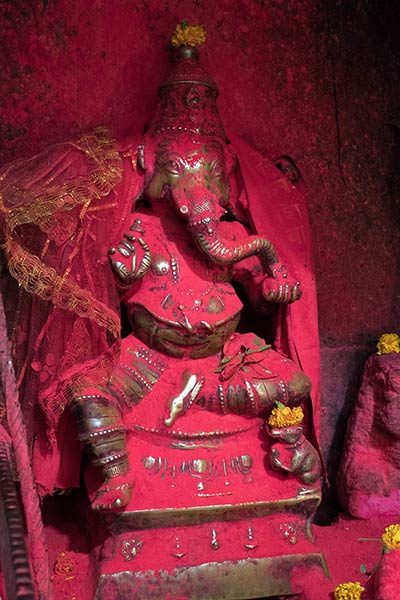 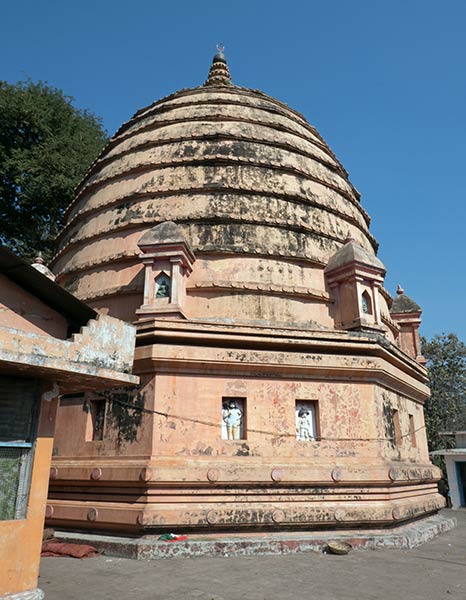