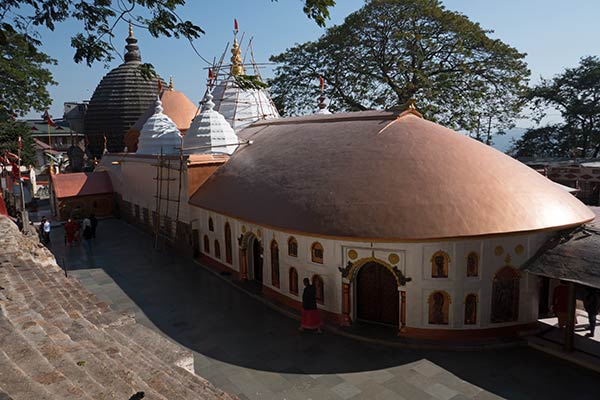 Situated atop Nilachal Hill in the fabled ancient city of Pragjyotishapura (now called Guwahati in Assam, a state in northeastern India) is a mythical holy place where Shiva and Shakti came in secret to satisfy their physical love. As the Sanskrit word for lovemaking is 'kama', the place was named Kamakhya. Additionally, it is one of the oldest of the 51 Shakti Pitha goddess sites.

The highly revered Kamakhya Mandir is the main temple in a complex of temples dedicated to the ten Mahavidyas, or forms of the goddess Durga. It is of great importance to followers of both Tantric Hinduism and Vajrayana Buddhism. Before discussing the temple itself, it is important to first tell the myth of the Shakti Pitha goddess sites.

Shakti was the daughter of King Daksa and Queen Prasuti. She was also the wife of Shiva, whom King Daksa disliked for being a rough ascetic and for marrying Shakti against his wishes. King Daksa once held a great ceremony, called a yagna, to which he invited neither his daughter nor son-in-law Shiva. Shakti was offended by this slight and attended the ceremony uninvited. Insulted by Daksa, she took her life by immolating herself in the ceremonial fire. On hearing this news, Shiva hastened to the house of Daksa, whom he decapitated, and then began to disrupt the ceremony and claim the body of his wife Shakti.

As the obstruction of the yagna ceremony would create havoc and severe ill effects on nature, the gods Brahma and Vishnu appealed to the grief-stricken Shiva, requesting that he permit the ceremony to be completed. Shiva complied and also affixed the head of the ram used in the ceremony to the decapitated body of Daksha. Returned to life, Daksha apologized to Shiva and begged for mercy from the Parabrahman (the formless Supreme Almighty), which informed him that Shiva was in fact a manifestation of Parabrahman. Daksha then became a devotee of Shiva.

Still inconsolable at the loss of his beloved wife, however, Shiva placed her body on his shoulder and began the Tandava, a mad dance through the universe. In order to restrain Shiva and protect the universe from destruction Vishnu threw his discus (or shot arrows in some accounts of the myth) to dismember the body of Shakti limb by limb (other sources say he entered Sati's body by yoga and cut the corpse into several pieces). When Shiva was thereby deprived of the body, he ceased his mad dance of the Tandava. The parts of Shakti's body (and pieces of her jewelry) fell from Shiva's shoulders to the earth and the places where they landed became the sites of the sacred Shakti Pitha shrines. For countless centuries these sites have been visited by women having ailments in certain parts of their bodies - each temple enshrining a particular part of Shakti's body is believed to have the miraculous capacity to heal that same part of a woman's body. 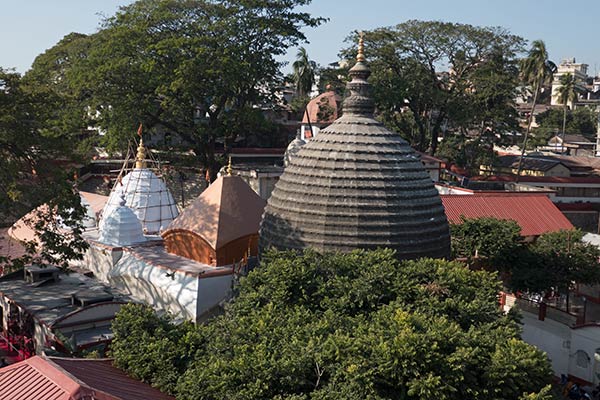 Little is known about the early years of the Kamakhya temple and its first mention is found in 9th century inscriptions of the Mlechchha dynasty found at Tezpur. While the temple almost certainly existed before that time, quite probably during the Varman period (350-650 AD) of the Kamarupa kingdom, we have very few details of these centuries. The region was Hindu at the time and the Brahminical priesthood may have considered the goddess worship of Kamakhya to be shamanic and pagan. The Chinese traveler Xuanzang, who visited Pragjyotishapura in the 7th century, does not mention the Kamakhya temple. By the 10th century, however, during the Pala dynasty (900-1100), Kamakhya had become an important pilgrimage site of both Tantric Hinduism and Vajrayana Buddhism. It is notable that Tibetan records of the tenth and eleventh centuries tell of Buddhist teachers in Tibet having visited Kamakhya.

The temple has a hybrid style, sometimes called the Nilachal type, with a polygonal dome on a cruciform base. The inner sanctum of the temple, the garbhagriha, is a small, natural subterranean cave reached by narrow steps. There is no statue of the goddess Kamakhya in the cave, but rather a ten-inch deep vagina-shaped fissure in the rock. Called matra yoni, the fissure is always filled with water from a perennial underground spring. Draped with silk saris and fresh flowers, it is worshiped as the goddess Kamakhya. Pilgrims must wait several hours in long lines for only a few seconds in front of the goddess.

In addition to the deity of Kamakhya, the compound of the temple houses shrines for other manifestations of Kali namely Dhumavati, Matangi, Bagalamukhi, Tara, Kamala, Bhairavi, Chinnamasta, Bhuvaneshwari, Ghantakarna, and Tripuara Sundari.

On an ordinary day - the temple is open from 8 am till sunset, with a couple of hours break after 1.30 pm – several thousand pilgrims conduct puja, or worship of the goddess. Five major festivals, which attract great multitudes of pilgrims, are celebrated at the temple each year. The 4-day Ambubachi Mela, held in July, is believed to mark the time when the goddess experiences her menstrual period. During this period the temple is closed for three days and opened with great festivity on the fourth day. Also important are Durga Puja, celebrated annually during Navaratri in the month of September or October; Manasha Puja in July or August; Pohan Biya, celebrating the symbolic marriage between Lord Kamesvara and Kamesvari Devi in December or January; and Vasanti Puja in March or April.

Kamakhya is considered to be one of the four most important Shakti Pitha temples, the other three being the Kalighat Kali temple in Kolkata, West Bengal, the Vimala temple within the Jagannath Dham temple in Puri, Odisha state and the Tara Tarini temple in Brahmapur, also in Odisha state (previously known as Orissa state). 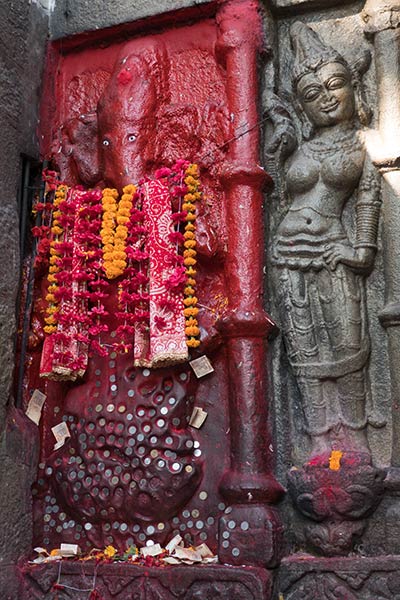 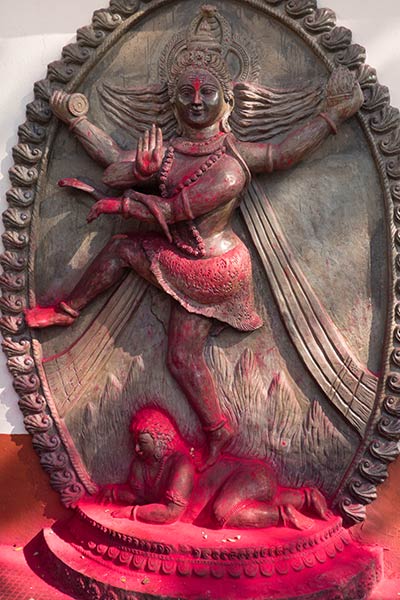 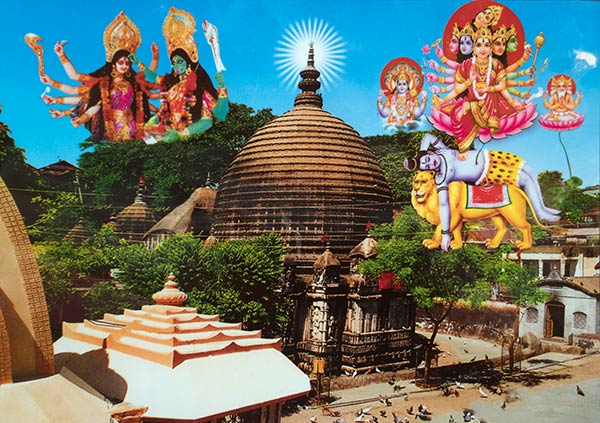