The city of Hajo, near the northern bank of the Brahmaputra river and around 20 miles to the west of Guwahati in western Assam, is famous for two pilgrimage sites: the Hindu temple of Hayagriva Madhava and the Islamic shrine of Powa Mecca. Hayagriva Madhava is actually held sacred by followers of both Hinduism and Buddhism. Some Buddhists, particularly those in parts of Tibet and China, believe this is where the Buddha attained parinirvana, or the passing away from earthly life, and not in Kushinagar in India. In Buddhism, the term parinirvana is commonly used to refer to nirvana-after-death, which occurs upon the death of the body of someone who has attained nirvana during his or her lifetime. It implies a release from karma and rebirth. 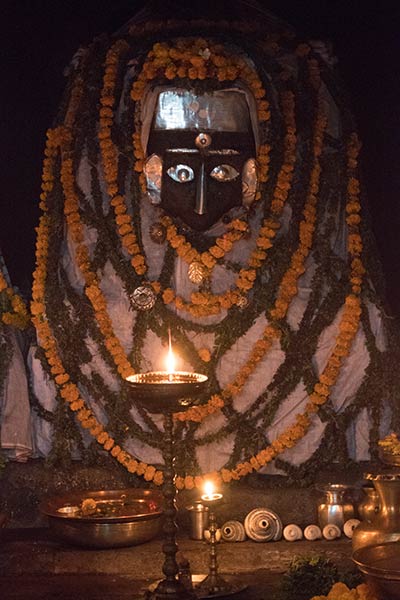 Situated on the Monikut hill in the center of Hajo, the temple may first have been constructed in the 6th century when the region was under control of the Pala dynasty. The present temple, built by the Koch King Raghudeva Narayan in 1583, enshrines an image of Vishnu as Hayagriva (Vishnu in his horse-headed form). Symbolically, the story of Hayagriva represents the triumph of pure knowledge, guided by the hand of God, over the demonic forces. The origins of the worship of Hayagriva in this region date back to 2000 BCE, when Indo-European people worshipped the horse for its speed, strength and intelligence. The exterior of the temple has large sculptured figures, representing the ten avatars, or incarnations of Vishnu, with Buddha as the ninth.

Adjacent to the main temple is another structure called Doul Griha, said to have been built by the Ahom king Pramata Singha in 1750. The festivals of Doul or Holi (February-March), Bihu (April, October, January), Janmastami (August and September), and Navaratri or Durga Puja (September or October) are celebrated every year in the Hayagriva Madhava temple.

Approximately one kilometer to the east of Hayagriva Madhava, on the Garurachala hill, is the Islamic sacred site of Poa, or Powa, Mecca, famous as the tomb of Pir Giasuddin Auliya. Born in Tabriz, Iran in 1193 with the name of Shaikh Jalaluddin, Giasuddin Aulia, was a pir, or religious teacher, who lived in Hajo for twenty years. It is believed that Pir Giasuddin Aulia was responsible for bringing a portion of soil, a poa, from the Holy city of Mecca and establishing a mosque on the Garurachal hill. The word poa means 'one-fourth'. From this one fourth of Mecca the name Poa Mecca evolved and it is believed that a visit to Powa Mecca in Hajo confers one-fourth of the merits that can be obtained from a pilgrimage to Mecca itself. Pir Giasuddin Auliya is also famous for having sent more than fifty Islamic teachers to Tibet and China. The burial shrine, or Dargah, of Pir Giasuddin Auliya is much venerated by pilgrims, who also visit the adjacent mosque built by Sujauddin Mohammed Shah in 1657 AD, during the reign of the renowned Mughal Emperor, Shahjahan. Muslims celebrate the Uruch festival of Poa Mecca on Maghi Purnima (January-February) and Hindu pilgrims of the region also visit the shrine, especially on the full moon day of the month of Jaistha (May-June).

On the adjoining hill of Madanchala is an important medieval Shiva temple called Kedareswara, built by the Ahom King Rajeswar Singha in 1753. The Shiva linga in this temple represents Shiva as Ardhanariswara - half male and half female - a composite androgynous form of Shiva and his consort Parvati. 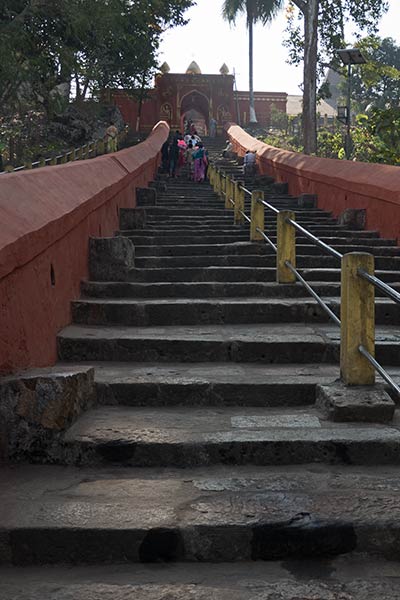 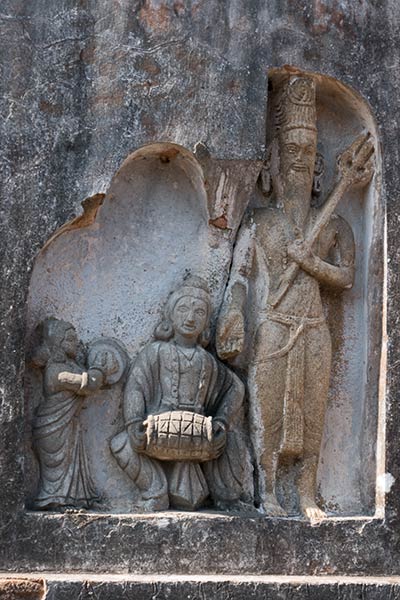