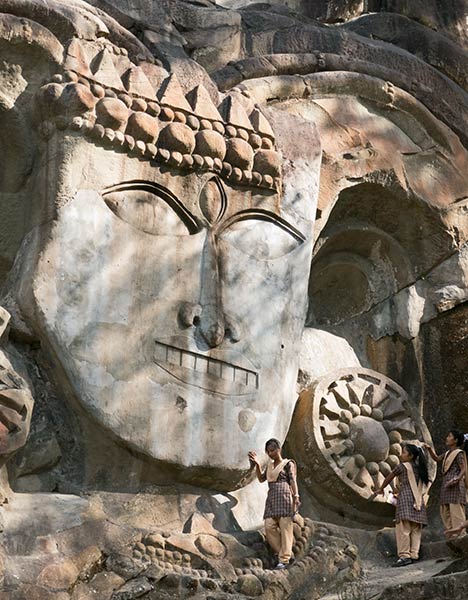 Located in the Raghunandan hills of the northeastern Indian state of Tripura, Unakoti has been a Hindu pilgrimage site since at least the 7th century. Unlike most Hindu sacred sites with temple constructions, Unakoti is famous for its collection of enormous bas-relief carvings on the side of a rocky hill. Archaeologically little is known about Unakoti, nor do the site's myths, though fascinating, reveal more details.

According to one myth, Unakoti, which literally means 'one less a koti' in the Bengali language, traces its origins to a short visit by the god Shiva. On his way to Mt. Kailash (some sources say to the sacred city of Banaras) Shiva had encamped for a night at the rocky Raghunandan hill along with a koti of other deities (a koti equals ten million). Before commencing a night of revelry with the deities, Shiva told them to wake before dawn so they could continue their long journey. Upon waking he found them still asleep, however. Dismayed he left alone, while all the other gods and goddesses turned into stone images. Since then there have been a koti minus one – minus Shiva – deities at the site.

Another myth, popular with the regional people, tells of a sculptor named Kallu Kumar who fashioned the stone carvings of the deities. A devotee of Parvati, the wife of Shiva, Kallu Kumar wished to accompany Shiva and Parvati to their abode on Mt. Kailash. Shiva was wary of this matter and so Parvati came up with a solution. She suggested that if the sculptor made ten million images of Shiva and the deities before dawn the following day, he could accompany them to Kailash. As the sun rose the next day, however, Kallu Kumar was one short of a koti, which gave Shiva the excuse to leave him behind. A variation of this story is that in a dream Kallu Kumar was given the task of carving the ten million deities. He did so, yet swayed by his pride (and perhaps hopeful of being considered divine himself) he made the last carving an image of himself, making the number one less a koti of deities.

The bas-relief sculptures of Unakoti are the largest size found in India and their styles of carving- classical and tribal - indicate they were made during different historical periods. The primary deities depicted at Unakoti are Shiva, Durga and Ganesh. On the top of the hill above Unakoti may also be found images of Vishnu, Hanuman and Ravana, as well as remains of a temple that may have existed before the sculptures were made. The statues of Shiva at Unakoti are 30 feet tall.

Every year two hugely attended pilgrimage fairs are held at Unakoti; the solar festival of Makar Sankranti in January and the Ashokastami festival in April. Besides functioning as a pilgrimage site, Unakoti is being excavated by the Archaeological Survey of India and hopefully will soon be protected as a Unesco World Heritage Site. 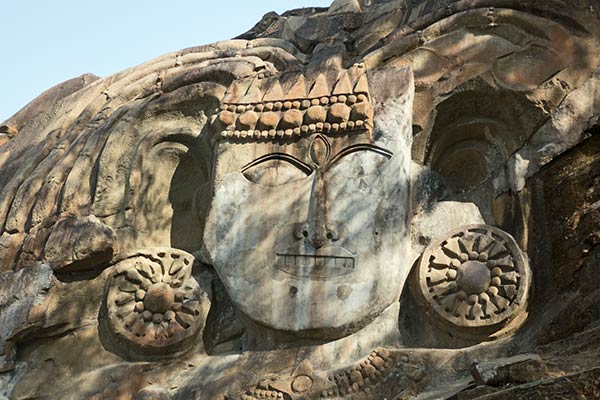 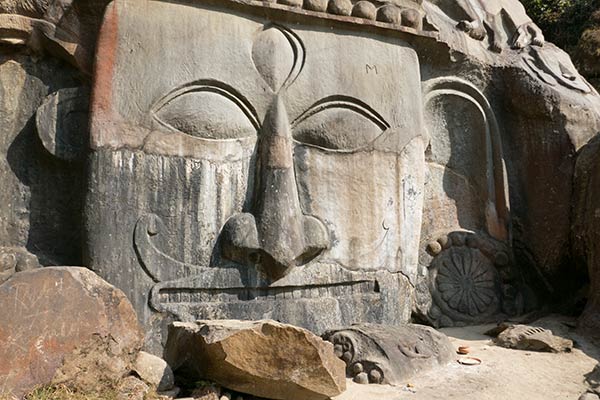 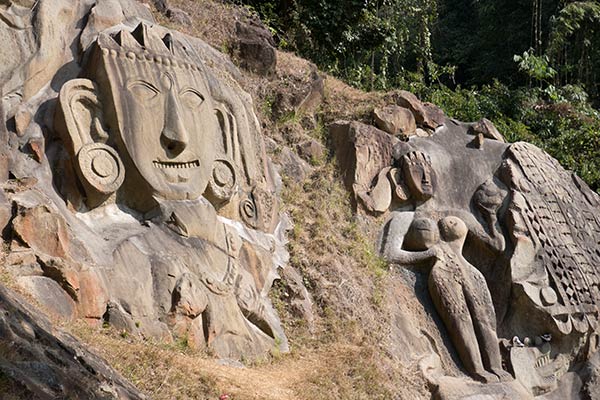 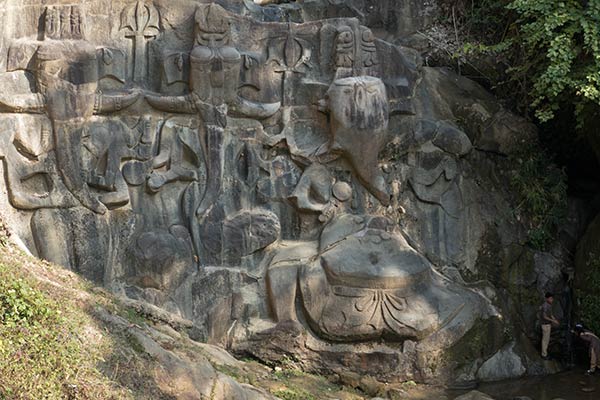