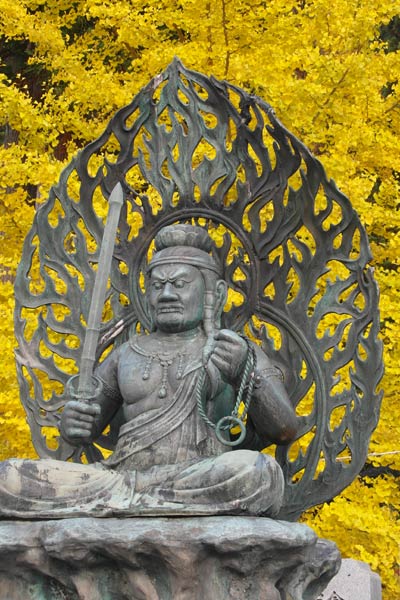 Fierce guardian spirit at base of Mt. Sanjo-ga-take, Kii Peninsula

Mt. Sanjo-ga-take (Mt. Omine, 1719 meters, 5640 feet) was first utilized in religious practice 1300 years ago by En-no-Gyoja (also known as En-no-Ozuno), who later became the founder of Shugendo Buddhism. At the peak of Sanjo-ga-take stands the Ominesanji Temple (dedicated to the Shugendo semi-deities Zao-Gongen and En-no-Ozunu), whose origins date back to the Nara Period in the early 8th century. At the base of the mountain in the town of Dorogawa Onsen, the Ryusenji Temple hosts the ceremonial opening and closing of the sacred mountain on May 3 and September 23 each year. The Ryusenji Temple also serves as a training hall for Shugendo practitioners and its Hachidairyuo-taisai festival each October attracts large crowds of pilgrims from all over Japan. Throughout the year the sounds of mountain priests blowing conch shells are heard in Dorogawa Onsen.

Traditionally women have been discouraged from climbing Mt. Sanjo-ga-take because they were considered a distraction to the monks, and the nearby sacred mountain of Inamura, reserved for women, was similarly prohibited to men. Such gender-specific visitation prohibitions are also found at a few sacred places in other parts of the world, for example men are not allowed entrance to certain goddess temples in India while women are not permitted in Mt. Athos, Greece. Some so-called ‘modernists’ and (perhaps too radical) feminists may understandably decry such practices, yet it may also be stated that in a world rapidly plummeting towards the sad condition of cultural homogeneity luckily some vestiges of tradition are still valued and preserved. 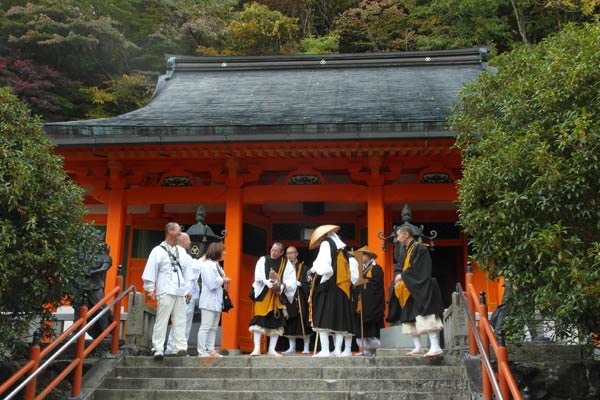 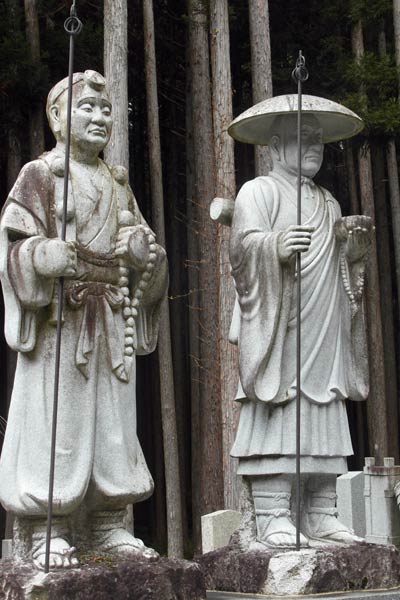 Stone statues of Shugendo monk and Kobo Daishi at base of Mt. Sanjo-ga-take

The best introduction to Shugendo that I have come upon is by Professor Mark Schumacher who has lived in Japan since 1993. The following paragraph is from his excellent web site regarding Shugendo and I encourage readers to click the link immediately following the paragraph to read the remainder of the article, which features information on the sacred mountains of the Kii Peninsula, including Sanjo-ga-take, and Haguro San in northern Honshu.

Shugendō (also spelled Shugendo) can be loosely translated as "path of training to achieve spiritual powers." Shugendō is an important Kami-Buddha combinatory sect that blends pre-Buddhist mountain worship, Kannabi Shinkō (the idea that mountains are the home of the dead and of agricultural spirits), shamanistic beliefs, animism, ascetic practices, Chinese Yin-Yang mysticism and Taoist magic, and the rituals and spells of Esoteric (Tantric) Buddhism in the hope of achieving magical skills, medical powers, and long life. Practitioners are called Shugenja or Shugyōsha or Keza (those who have accumulated power) and Yamabushi (those who lie down in the mountain). These various terms are typically translated into English as ascetic monk or mountain priest.

For the remainder of this article click this link:
http://www.onmarkproductions.com/html/shugendou.html 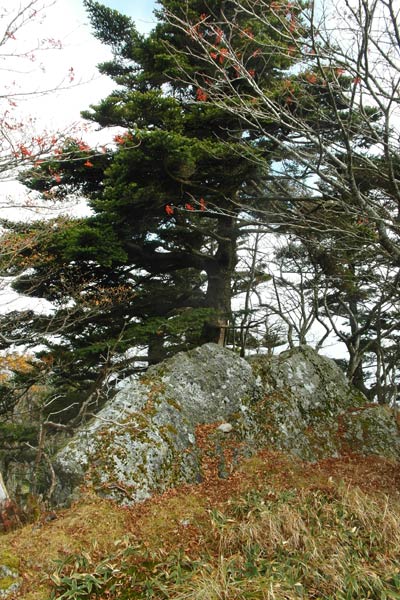 Three other good sources of information on Shugendo are these web pages: 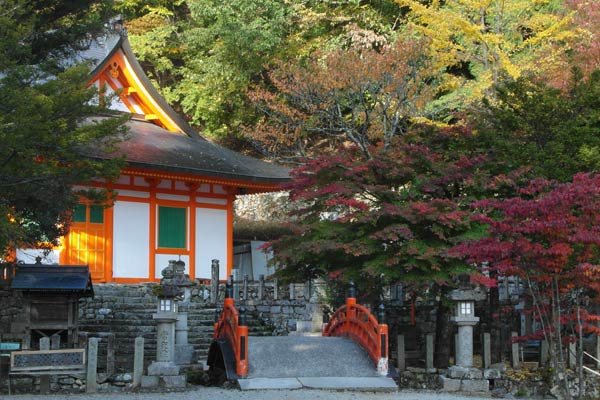 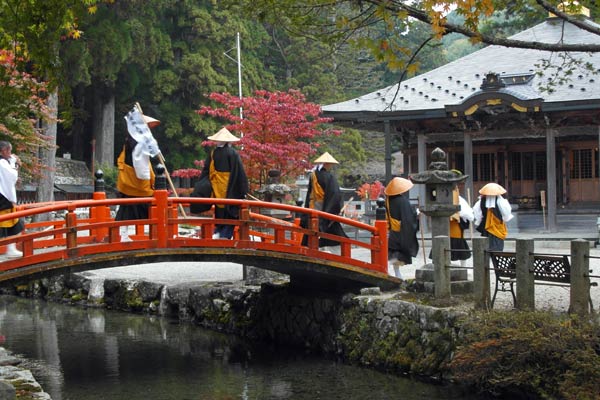 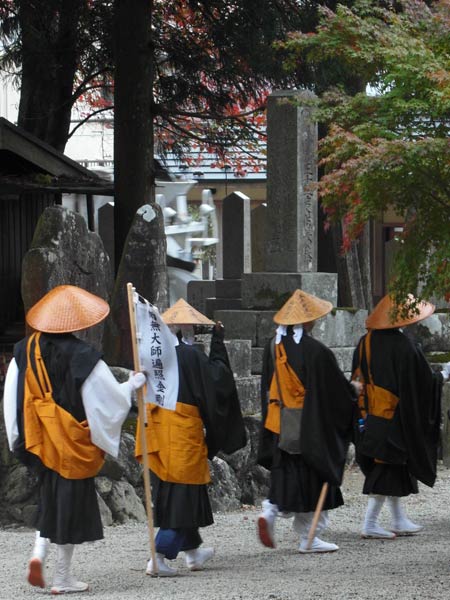