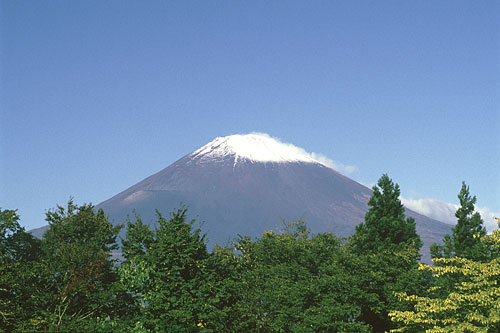 
Mt. Fuji, or Fuji San, is frequently - and mistakenly - called the most sacred mountain in Japan. While there is no such thing as a 'most sacred' mountain in Japan (or the world for that matter), Fuji has become famous as a national symbol because it is the highest peak in the country at 12,388 feet, it is one of the most perfect volcano cones in existence, and it is visible (on rare clear days) from the city of Tokyo, only 60 miles away.

Much younger than most Japanese mountains, Fuji began to rise only 25,000 years ago and had assumed its general form by 8000 BC. Situated in a region densely populated from the stone age and frequently active since its last eruption in 1707, the mountain has acquired an ancient and enormous corpus of myth regarding its divine origins, resident deities, and spiritual powers. The soaring peak has been venerated as the home of a fire god, later the dwelling of a Shinto goddess of flowing trees, and since Buddhist times, the abode of Dainichi Nyorai, the Buddha of All-Illuminating Wisdom. According to early Shugendo myths the mountain was first climbed by the wizard-sage En no Gyoja around 700 AD, but it is more likely that the first ascents began in the 12th or 13th centuries. From the 15th century onwards Fuji became a popular pilgrimage destination. Women were not allowed to scale the mountain until the time of the Meiji restoration (1868) but today nearly half of the 400,000 climbers per year are women. While the mountain is climbed all year long, the 'official climbing season' is from July 1 to August 31. During this time tourists and weekend hikers from Tokyo vastly outnumber the pilgrims and the mountain trails are sadly strewn with trash. Whatever the weather or appearance of the peak however, to climb this sacred mountain in the footsteps of millions of earlier pilgrims, is to tap into a field of great devotion and holiness.

Scholars debate the genesis of the mountain's name. Two most frequently heard arguments are that the name Fuji derives from (1) the language of the Ainu shamanistic people of northern Hokkaido island, and means old woman of deity of fire, and (2) is a more recent Japanese interpretation, dating from the Heian era of 9-10th century, meaning never die. From the Ainu point of view, huchi means an "old, yet diety, woman". She is often referred to in context of goddess of fire. But, there is no direct meaning of fire in fuji or huchi. The word huchi often appears as ape huchi kamuy (fire-woman-god). The commonly used meaning of "everlasting life" is an interepretation by the Japanese language. Both syllables fu and shi come from Chinese kanji pronunciation, meaning "not, never" and "die, death", respectively. Therefore, fu-shi can mean 'never-dieing or no death'. Fu-shi is not an original Japanese word. It is a borrowed word from Chinese. If one accepts that sound existed before letters, the fu-shi sound did not exist in original Japanese but was borrowed along with the kanji characters. 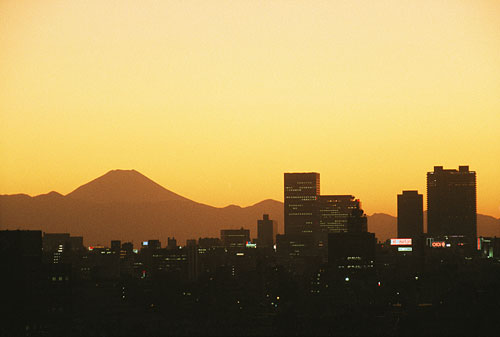 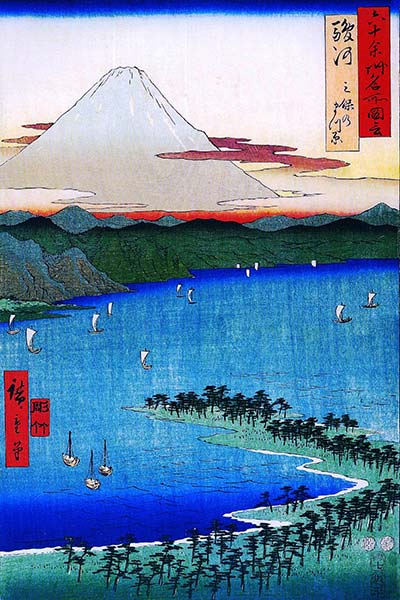