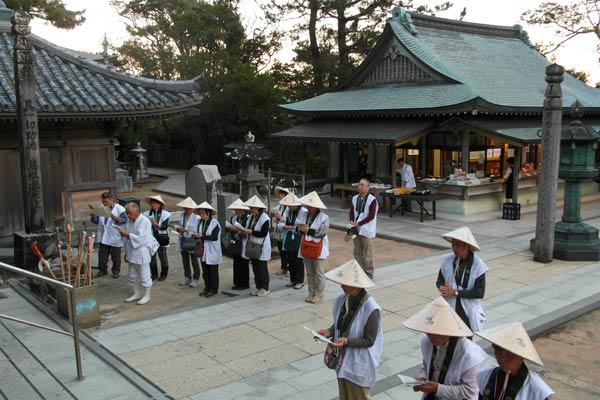 
The Shikoku Pilgrimage is a multi-site pilgrimage of 88 temples associated with the 8th century Buddhist monk Kūkai, also known as Kōbō Daishi, on the island of Shikoku, Japan. A popular and distinctive feature of the island's cultural landscape, and with a long history, large numbers of pilgrims (known as henro) undertake the journey for a variety of religious and tourism-related purposes. A growing local movement is pushing to have the route recognized as a UNESCO World Heritage site for its cultural importance to Japan.

The pilgrimage is traditionally completed on foot, but modern pilgrims use cars, buses, bicycles, or motorcycles. The standard walking course is approximately 1,200 kilometers (750 miles) and can take anywhere from 30 to 60 days to complete. To complete the pilgrimage it is not necessary to visit the temples in order and some henro take many years to visit all the temples. Many pilgrims begin and end the journey by visiting temples on Mount Kōya (in Wakayama province on the island of Honshu), which were founded by Kūkai and remain the headquarters of Shingon Buddhism. 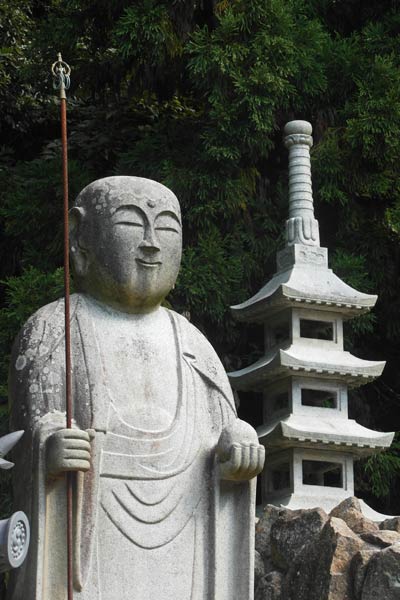 The pilgrim's traditional costume comprises a white shirt with Japanese script indicating they are a pilgrim, a conical sedge hat, a shoulder bag, and a walking stick. The white clothing worn by the pilgrim represents purity and innocence, and in the past it also held the meaning of a death shroud, symbolizing that the pilgrim was prepared to die at any time. The henro’s shoulder bag contains prayer beads, incense sticks, coins used as offerings at the temples, a small bell, as well as books of sutras, which are chanted at temples along the pilgrimage route. Upon arrival at each temple the henro washes their hands at a stone fountain before proceeding to the main temple building. After offering coins and incense, the Heart Sutra is chanted and then the pilgrims may ring the temple bell and visit other parts of the temple. Local people frequently give offerings of food and shelter to pilgrims and such gestures are considered a way of giving thanks to Kūkai. Many of the temples offer accommodations for the pilgrims and there are also hotels and traditional lodgings along the pilgrimage route. 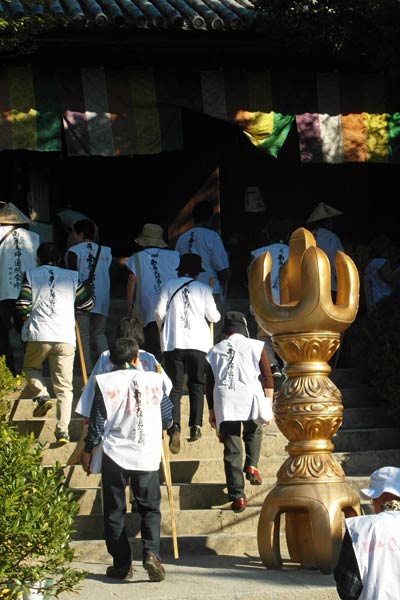 
During their time on the pilgrimage, the henro set aside issues related to family, social position, material belongings, and other worldly ties in order to focus their minds on the journey that leads toward self-discovery and personal growth. While a definite percentage of the pilgrims visiting the temples come by motor vehicle and there is a palpable sense of group happiness amongst those traveling on chartered buses, all of the pilgrims - in car, bus, or on foot - consider themselves to be traveling alone with Kobo Daishi as their companion and guide. This spiritual presence is expressed by the words dōgyō ninin (two traveling together) that are written on the hats the pilgrims wear.

Kūkai (posthumously known as Kōbō Daishi) was born at Zentsū-ji on the island of Shikoku (near Temple 75) in 774, he studied in China, and upon his return was highly influential in the promotion of Buddhism in Japan. He established the Shingon Buddhist temples of Kōya-san, was an active writer, undertook a decades-long program of public works, and during visits to the island of his birth is believed to have established or visited many of its temples (some of which had been pagan and shamanic holy places long before the arrival of Buddhism). He passed away at Koya-san in 835.

By the seventeenth century, the fame of the pilgrimage had spread, and it had become popular among ordinary Japanese. There was a 1689 guidebook titled Shikoku Henro Road Guide, written by the monk Yūben Shinnen. He became known as the “father” of the Shikoku henro and his book, which contained detailed notes on all 88 temples, remained a bestseller until around the time of the Meiji era (1868–1912). 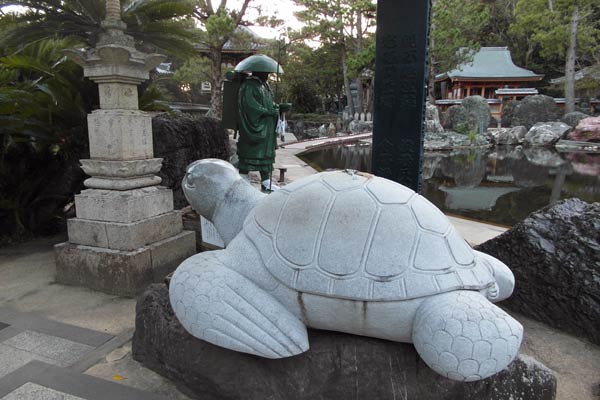 Daishi Turtle, Kongofukuji Temple.
It is believed if you pat the head of the turtle your wish will come true.

For a map of the temples consult
https://commons.wikimedia.org/wiki/File:Shikoku_Pilgrimage_Map01.png 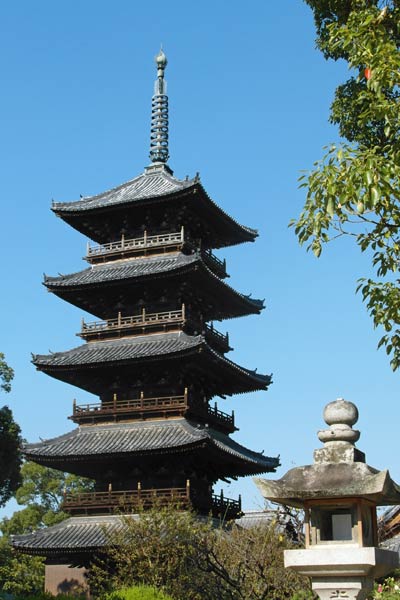