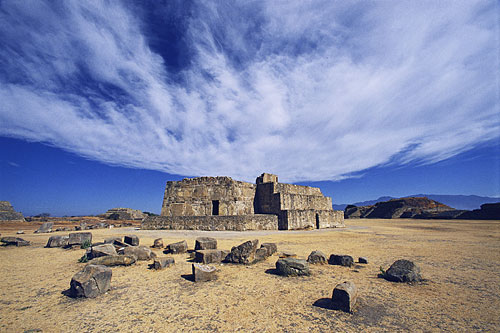 
Soaring above the valley and city of Oaxaca, the hilltop ruins of Monte Alban are the second largest ceremonial site in Mesoamerica, exceeded in size only by Teotihuacan near Mexico City. One ancient name of the site was Sahandevui, meaning, ‘at the foot of heaven.’ The ruins are extremely old. Elaborate yet currently undeciphered hieroglyphs found here are among the most ancient writings in all of Mesoamerica. Equally mysterious are the strange rock carvings known as danzantes, which depict humanoid figures with Negroid facial features. Similar to carvings found at Olmec sites in other parts of Mexico, these decidedly non-Mexican figures and the hieroglyphic writings seem to indicate the possibility of contact and influence by cultures far distant from the western hemisphere.

The first known buildings were constructed between 1000 - 800 BC but most of these are now destroyed or buried beneath later Zapotec structures. The Zapotec occupation of the site dates from 100 BC and most of the enormous structures standing today date from the Classic phase of 300 - 900 AD when Monte Alban had become the principal ceremonial site of the Zapotec empire. The complex contains great plazas, numerous pyramids, a ball game court, underground passageways, and over 170 tombs. The site was abandoned as a functioning ceremonial center during the 10th century though it continued to be used as a burial place by the Mixtecs.

Mound J, illustrated in the photograph, has been shown to be a highly refined and complex astronomical observatory. A curiously shaped arrowhead structure, situated at an angle of 45 degrees to the main axis of Monte Alban, Mound J was aligned with the point in the western sky where Alnilam, the center star of Orion’s belt, sets. Built sometime between 100 BC and 200 AD, Mound J also has astronomical alignments with the setting positions of the Southern Cross and Alpha and Beta Centauri, and the rising position of Capella, the brightest star in the constellation of Auriga.

Monte Alban is an enigmatic place. Conventional archaeological theory is at a loss to explain why this particular site was chosen; it is upon a tall, steeply walled plateau, it has no source of water, it was never used as a habitation center, and there is no evidence of it ever being used for strategic or military purposes. Furthermore, it was extremely difficult to construct; the building rocks were laboriously carried from the valley far below, the builders were small people (averaging only 5 feet tall), they had no metal stone-cutting tools, and they had not discovered the transportation capacities of the wheel. Yet, given all this, the site still became the second largest ceremonial center in Mesoamerica. How are we to explain this immense human endeavor? Archaeologists may respond that the great structures represent a social and religious momentum, an architectural elaboration of the earlier sacred use of the site. But then, how are we to account for that early sacred use?

Perhaps insight into the enigma may be found in the structure known as mound H, adjacent to mound J. The author spent many hours dowsing the entire complex of Monte Alban and found several lines of 'energy' leading to and intersecting at a particular place on mound H. Dowsing this point I observed the same sort of reactions that I had found dowsing the primary areas of sanctity in pilgrimage temples, shrines and mosques all over the world. These particular places, which I have come to call 'power points', seem to be highly charged and spiritually magnetic. It is my impression that ancient people found these places and, recognizing their benefits, established shrines at them. Over the passage of centuries or millennia, the original shrines would be architecturally elaborated, increasingly complex religious practices would develop, and memories of the discovery of the sites might be forgotten. Whatever the overlay however, from early shrine to thriving ceremonial center to archaeological ruin to contemporary tourist site, the power and spirit of Monte Alban remains strong today. 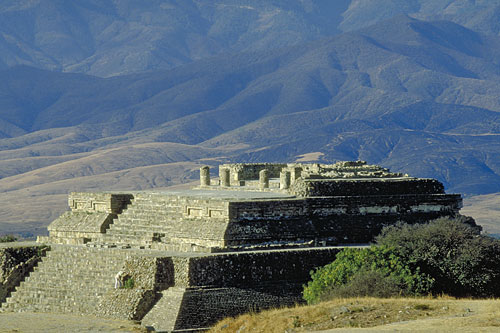 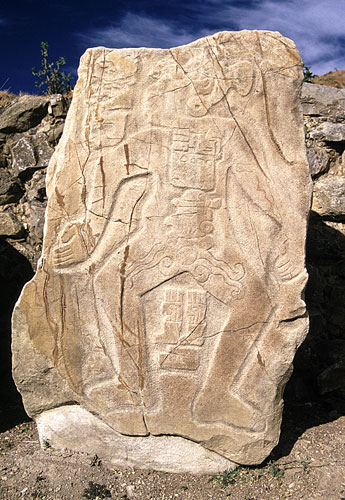