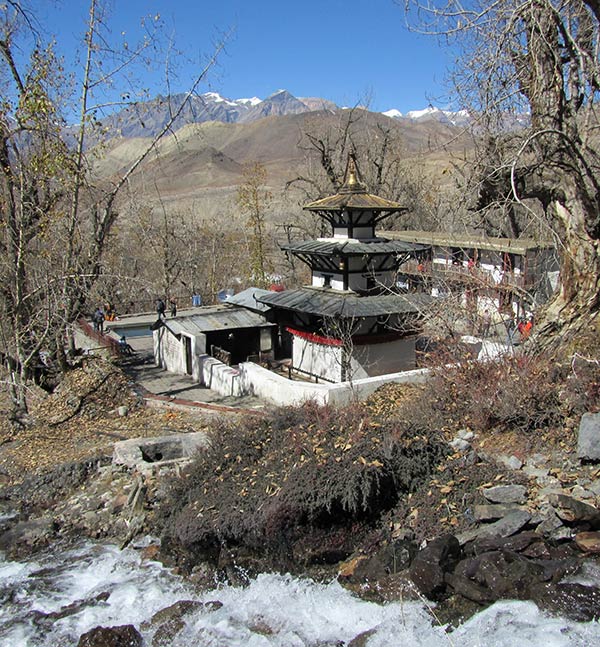 
Situated at an altitude of 3,710 meters (12,172 feet) at the base of the Thorong La mountain pass in the Mustang district, Muktinath is a highly venerated sacred place for both Hindus and Buddhists.

Hindus call the site Mukti Kshetra, which literally means the "place of salvation" and it is one of the most ancient temples of the God Vishnu and the Vaishnava tradition in Nepal. The shrine is considered to be one of the eight sacred places known as Svayam Vyakta Ksetras (the other seven being Srirangam, Srimushnam, Tirupati, Naimisharanya, Totadri, Pushkar and Badrinath), as well as one of the 108 Divya Desam, or holy places of worship of Lord Vishnu. Additionally, it is also one of the 51 Shakti Pitha goddess sites.

The temple is small and contains a human-sized golden statue of Vishnu as Shri Mukti Narayana. In addition to Mukti Narayana, the temple has bronze images of Bhoodevi (the Earth-goddess form of Lakshmi), the goddesses Saraswati and Janaki (Sita), Garuda (the mount of Vishnu), Lava-Kusa (the sons of Rama and Sita) and the Sapta Rishis (Seven Sages created by Lord Brahma). There is an old Buddhist monk present in the temple and worship is conducted by Buddhist nuns. 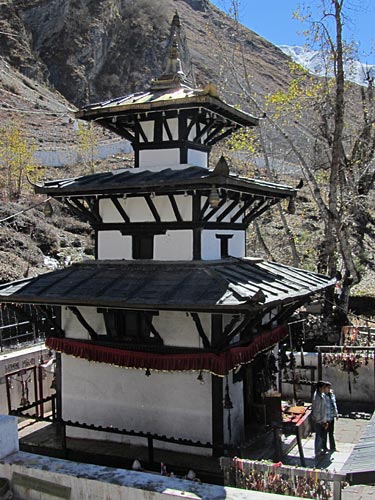 
Behind the temple is a semi-circular wall with 108 stone faucets at a height of seven feet. The faucets all have the same shape of the head of a bull and are separated by approximately one foot. Water from the ice-cold Kali Gantaki River has been diverted to flow through the mouths of these bulls and hardy pilgrims who visit the temple often stand beneath each of the spouts.

The number 108 carries great significance in Eastern philosophy. In Hindu astrology, there are 12 zodiac or Rashi and 9 planets or Graha, giving a total of 108 combinations. Also there are 27 Lunar mansions or Nakshatras, which are divided in 4 quarters, or Padas each giving a combination of 108 Padas in total.

The Kali Gantaki riverbed downstream from Muktinath is the sole source of the rare Shaligram stones that are required to establish a temple of Vishnu anywhere in the world. 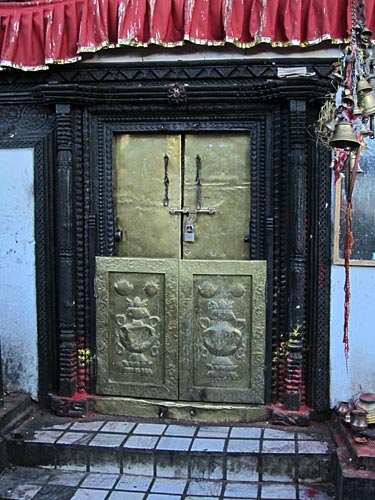 
Buddhists call Muktinath Chumming Gyatsa, which in Tibetan means 'Hundred Waters'. According to Tibetan Buddhism Chumig Gyatsa is a sacred place of the Dakinis goddesses known as Sky Dancers, and also one of the 24 celebrated Tantric places. Additionally, the site is believed to be a manifestation of Avalokitesvara, the Bodhisattva of Compassion and Virtue. The Tibetan Buddhist tradition states that Guru Rimpoche, also known as Padmasambhava, the founder of Tibetan Buddhism, meditated here on his way to Tibet.

After completing prayers and worship at the Muktinath temple many pilgrims, both Hindu and Buddhist, visit Mebar Lha Gomba, the small monastery of `miraculous fire', which is situated near the entrance gate of the temple. This monastery, dedicated to Guru Rimpoche (Padmasambhava) and containing a statue of the Buddhist deity Chenrezig (Avalokitesvara), is famous for its continuously burning natural gas fire, which Hindus worship as Jwala Mai, the Goddess of Fire. 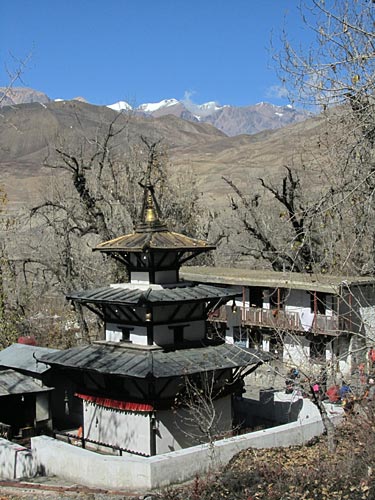 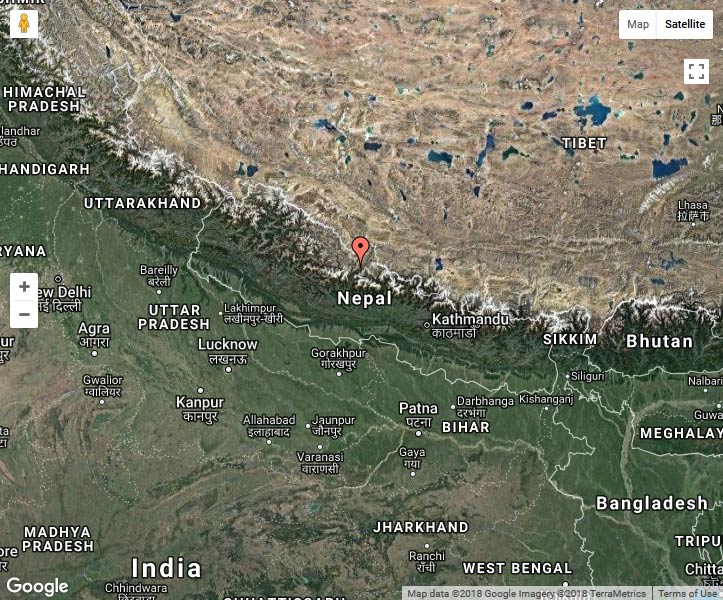