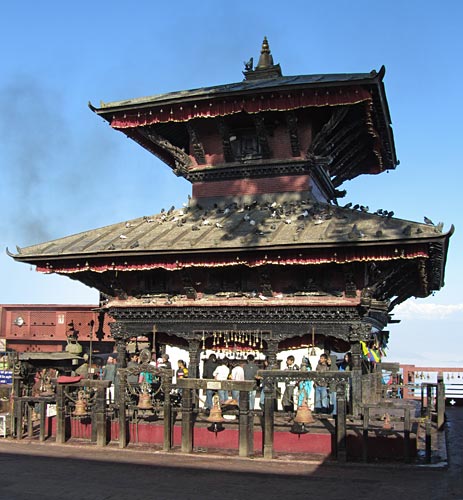 
Situated atop a 1300-meter hill, 105 kilometers to the west of Kathmandu, the Manakamana Devi temple is a highly venerated sacred place of the Hindu Goddess Bhagwati, an incarnation of Parvati. The name Manakamana is derived from two words, Mana, meaning heart and Kamana, meaning wish. It is believed that the Goddess Bhagwati rewards those who make the pilgrimage to her shrine by granting their wishes, and she is especially popular with Newari newlyweds who pray for sons.

The history and location of the Manakamana temple are explained by a curious legend. The Queen of the 17th century Gorkha King, Rama Shah, was said to have magical powers that only her devotee, Lakhan Thapa, knew about. One day the Queen’s husband became aware of her secret when he saw her in the form of a goddess and Lakhan Thapa in the form of a Lion. Soon thereafter the King mysteriously died and the Queen, as was the custom of the day, committed sati (ritual immolation) upon her husband’s funeral pyre. Prior to her death, the Queen had promised her devotee Lakhan Thapa that he would soon again see her. Some time later while plowing a field, a farmer discovered a stone from which blood and milk were pouring. When Lakhan Thapa learned of this he was convinced it was a sign from the dead queen, and at the site where the stone had been discovered he constructed a temple in her honor. The present 19th century temple is a replacement of the one built by Lakhan Thapa. Tradition has it that the temple priest must be a descendent of Lakhan Thapa.

The Manakamana temple overlooks the Trisuli and Marshyang-di river valleys, and offers breathtaking views of the Manaslu, Himalchuli and Annapurna mountains to the north. The temple is set in a square, which is overlooked by an enormous sacred magnolia tree. Two popular festivals, Dasain (in September-October) and Nag Panchami (July – August), draw large numbers of pilgrims from throughout the country. In the past, pilgrims used to make a long and arduous trek up to the hilltop temple from the town of Kurintar on the Trisuli River. Nowadays, a cable car ride of 10-15 minutes brings visitors from the base-station in Cheres to the temple site. 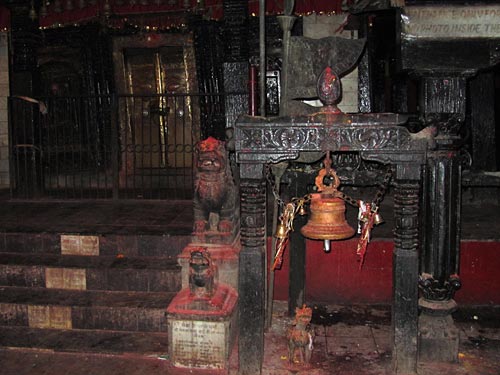 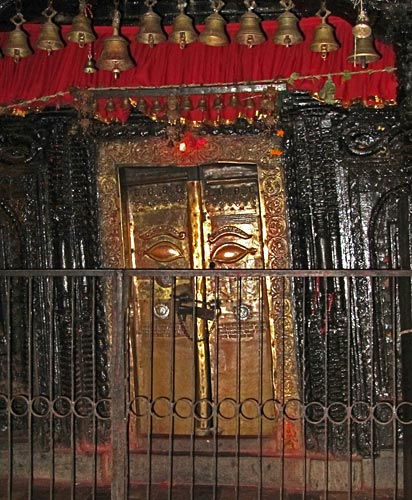 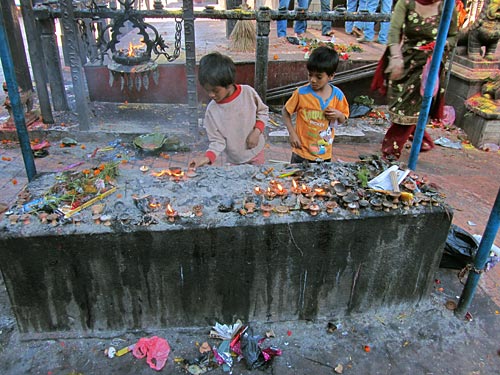 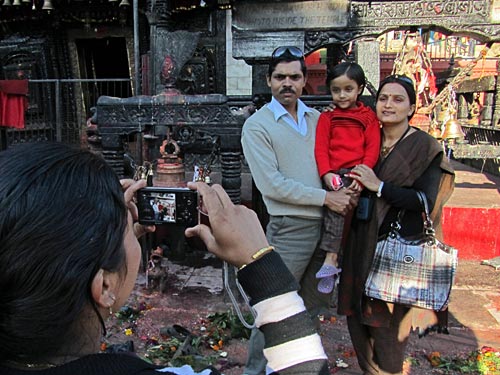 Pilgrims at the Temple of the Hindu Goddess Bhagwati, Manakamana 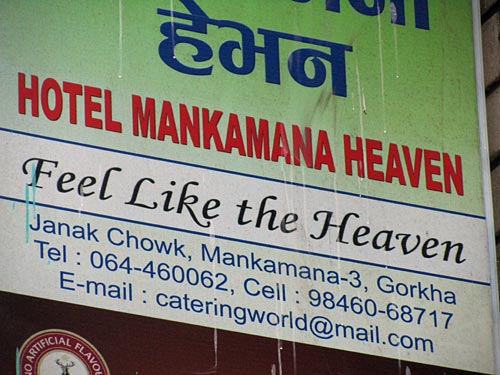