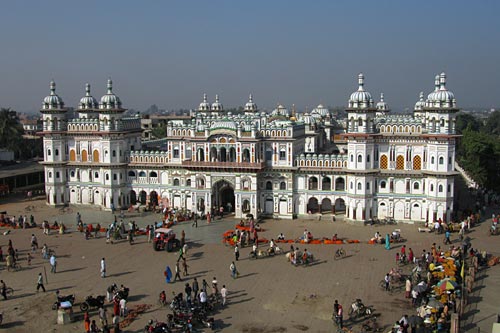 
The city of Janakpur, 135 kilometers (84 miles) southeast of Kathmandu is doubly famous as the birthplace of the Hindu goddess Sita, as well as being the site where she was married to Lord Rama.

According to the Hindu epic, the Ramayana, the original city of Janakpur was named after King Janak of the Mithila kingdom. Janak found the baby Sita in a furrow of a field and raised her as his daughter. When Sita (also called Janaki) was about sixteen, the king announced that she could be married by whoever was able to string the divine bow of Shiva. Though many royal suitors tried, only Lord Rama, the prince of Ayodhya, was successful. And not only did he string the bow, he also snapped it in two. Thus, Lord Rama won the hand of Sita.

Historical sources indicate that the Mithila Kingdom controlled a large part of northern India between the tenth and third centuries BC when it came under the control of the Mauryan Empire (321 to 185 BC). The two great Mauryan emperors, Chandragupta and Ashoka, favored the religions of Jainism and Buddhism, and both the great saints Gautama Buddha, founder of Buddhism, and Vardamana Mahavira, the 24th and final Tirthankara (an enlightened sage) of the Jain religion, are said to have lived in Mithila/Janakpur. Following the decline of the Mauryan Empire, Janakpur languished as a religious site for two millennia until the seventeenth century. 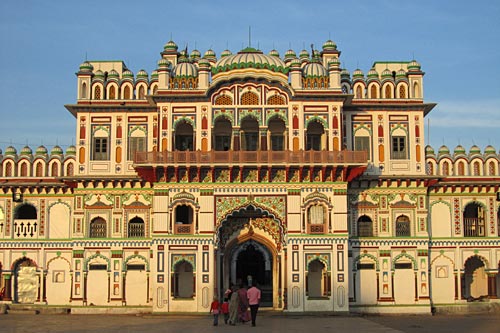 In 1657, the great saint and poet Sannyasi Shurkishordas discovered a golden statue of the Goddess Sita at the exact place where she was born, which ultimately became the location of the current Janaki Mandir, the Temple of Sita. Shurkishordas is considered to be the founder of modern Janakpur.

Queen Brisabhanu Kunwari of Tikamgarh built the Janaki Mandir in 1911. The temple is architecturally unique in Nepal. Its inner sanctum contains a flower-bedecked statue of Sita that was apparently miraculously found in the Saryu River near Ayodhya. Statues of Rama and his half-brothers Lakshman, Bharat and Satrughna stand by Sita. Early evenings are the best times to visit, for then the temple is lit with colorful lights and filled with hundreds of pilgrims expressing devotion for Sita and Rama. The temple is particularly popular with women, who wear their best clothes when visiting the shrine. Adjacent to the Janaki Mandir is the Rama Sita Bibaha Mandir, a building that marks the place where Rama and Sita were married.

Tens of thousands of pilgrims visit Janakpur to pay homage to Sita at the time of Vivah Panchami, the marriage day of Sita and Ram (the fifth day of the Shukla Paksha or waxing phase of moon in November/December) and on Ram Navami, the birthday of Lord Rama (the ninth day of the Hindu month of Chaitra, which begins with the new moon in March/April). 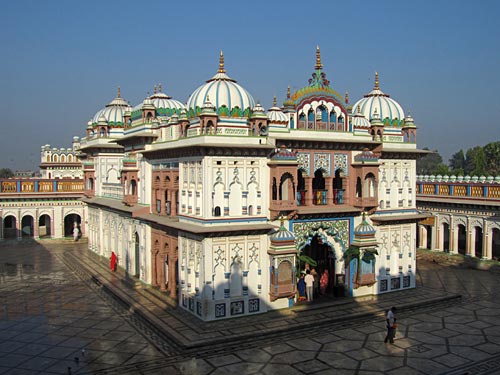 
Additional periods for large celebrations in Janakpur are Holi, the festival of colors in March; Diwali, the festival of lights in early November; and Chhath, a four-day festival celebrated by the local Mithila people in May and November.

Other important religious sites in the city include the Danush Sagar and Ganga Sagar ritual bathing tanks near the Janaki Mandir, and the winding streets surrounding the temple are filled with shops selling garlands of colorful flowers, pictures of various Hindu deities, and ritual objects for prayers.

Near Janakpur lies the ancient place of Dhanushadham, another important religious site for the Hindus. The Dhanusha pond is believed to have been made by the pieces of arrow broken by the Rama in Janakpur. 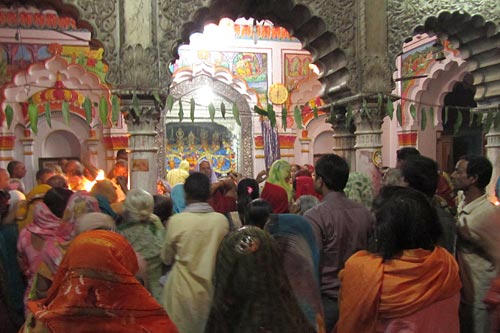 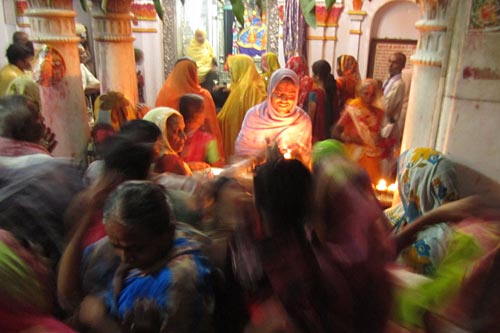 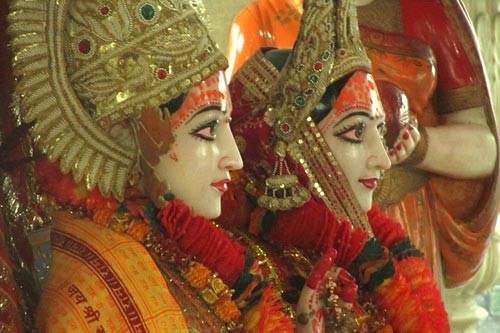 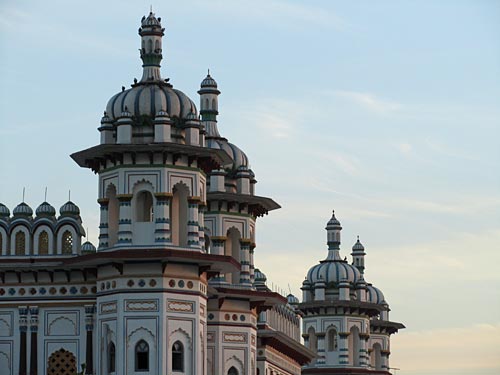