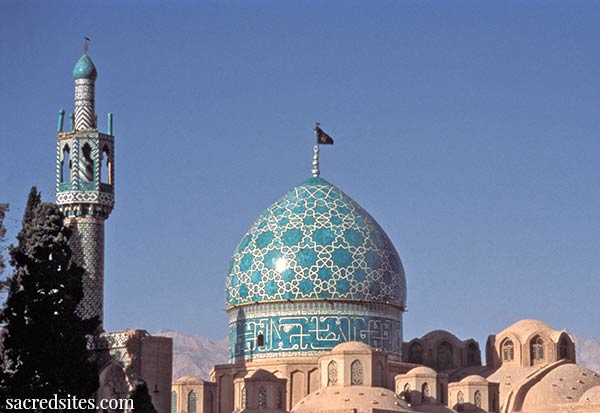 
Thirty five kilometers south of the city of Kerman, in the small town of Mahan, stands the beautiful pilgrimage shrine of the Sufi saint Shah Nur-ed-Din Nematollah Vali. Nematollah was born in Aleppo (now in northern Syria), spent much of his early life in Iraq, including seven years in Mecca, and then traveled to Samarkand, Herat and Yazd before finally settling in Mahan in 1406. He is said to have lived for one hundred years, from 1331 to 1431, and is the founder of the Nematollahi order of Sufi dervishes who still gather at the sanctuary in Mahan. The shrine complex comprises three courtyards, a reflecting pool, minarets and a mosque. The earliest construction is attributed to the Bahmanid ruler Ahmed I Vali who erected the sanctuary chamber in 1436. Shah Abbas I undertook extensions and renovations in 1601, including reconstruction of the tiled blue dome, one of the most magnificent architectural masterpieces in old Persia. During the Qajar period the site was particularly popular, necessitating the construction of additional courtyards to accommodate increased numbers of pilgrims. The minarets also date from this period. The small room where Nematollah Vali prayed and meditated contains beautiful tile decorations and has a wonderfully peaceful feeling. 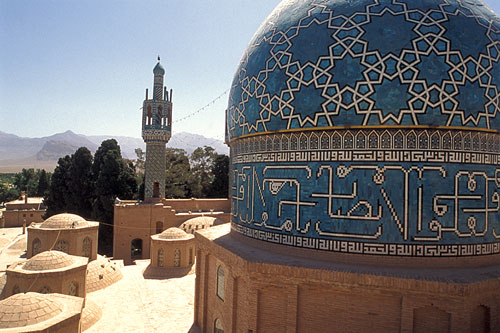