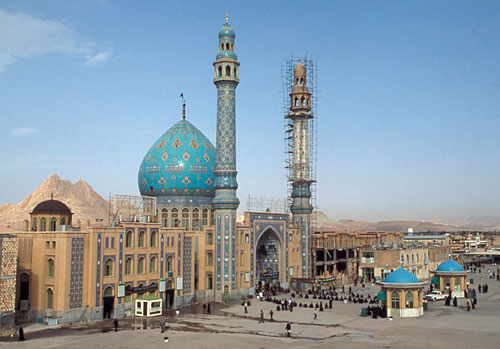 Six kilometers east of the city of Qum stands the extraordinarily beautiful mosque of Jam Karan. In 986 AD, a devout Muslim by the name of Hassan ibn Muthlih had a mystical experience in which the Imam al-Mahdi (the Imam of the Ages, and son of the 11th Imam, al-Hasan al-Askari) and the prophet Khizr (the 'Green Sage') appeared to him and directed him to organize the building of a mosque on the holy ground of Jam Karan. The mosque was built by Sheikh Afif Saleh Hassan ibn Mosleh Jamkarani in 1006 and has since that time attracted vast numbers of pilgrims. 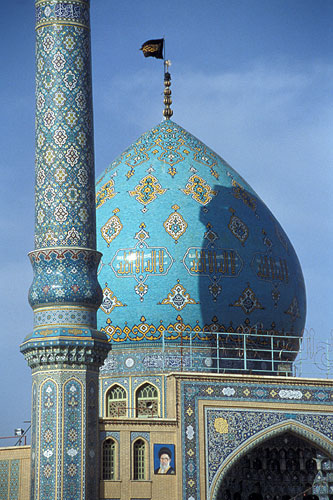 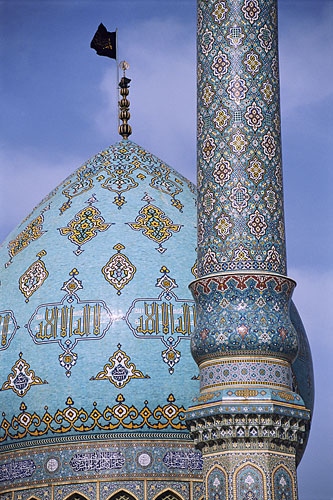 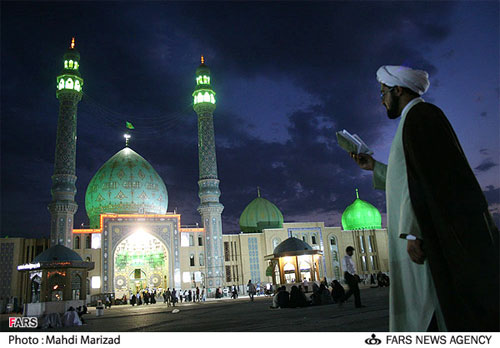