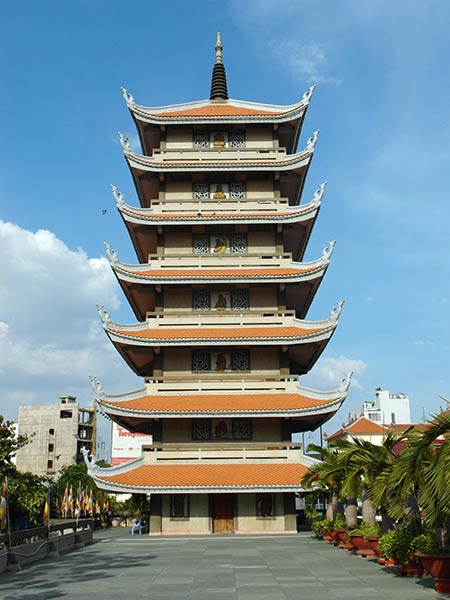 
Vinh Nghiem Pagoda (or Chua Vinh, meaning Ever Solemn) is the largest pagoda in Ho Chi Minh City and was constructed between 1964 and 1971. The pagoda has numerous states of the Buddha, as well as the Bodhisattvas Manjushri and Samantabhdra. The ground floor consists of the library, the auditorium, and offices. The seven-story, 40 meter-high, pagoda or the Avalokitesvara Stupa, standing at the left of the upper courtyard, is the largest of all the Buddhist structures in Vietnam. Next to the tower hangs a large bell given to the temple by the Japanese Buddhists community. 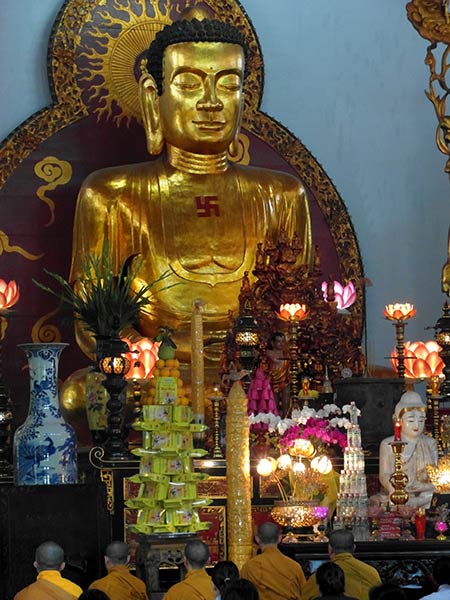