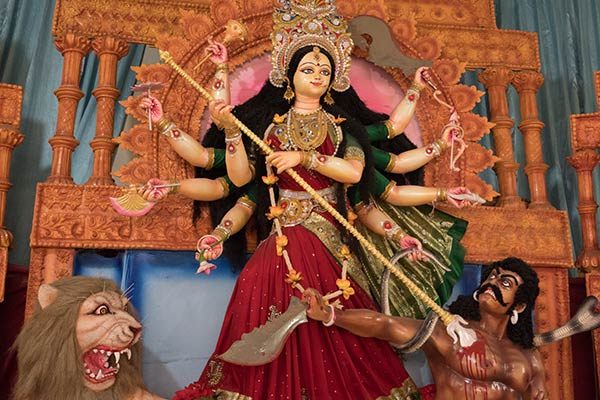 Dhakeshwari, meaning 'Goddess of Dhaka' is the primary Hindu temple in Bangladesh. In the year 1966 it began to be called Dhakeshwari Jatiya Mandir, the result of a campaign by Bangladeshi Hindu groups who had been demanding official recognition following the declaration of Islam as the state religion in 1988. It is state-owned, giving it the distinction of being Bangladesh's National Temple.
According to legend Dhakeshwari was built in the 12th century by King Ballal Sen of the Sena dynasty. It is said the king dreamt of a statue of the goddess Durga buried in the jungle and after finding the statue installed it in his temple as Dhakeshwari. The current architectural style of the temple cannot, however, be dated to the 12th century because of the numerous renovations, repairs and rebuildings that have taken place over time. The present temple is two hundred years old and was built by an agent of the East India Company, though quite probably the agent merely renovated the existing temple. It is a three-roomed structure with a veranda in front and has beautiful wooden doors with carvings. In the northeastern corner of the complex are four small Shiva temples constructed in the 16th century by King Mansing. The Dhakeshwari temple is open everyday and people from all religions are welcome. 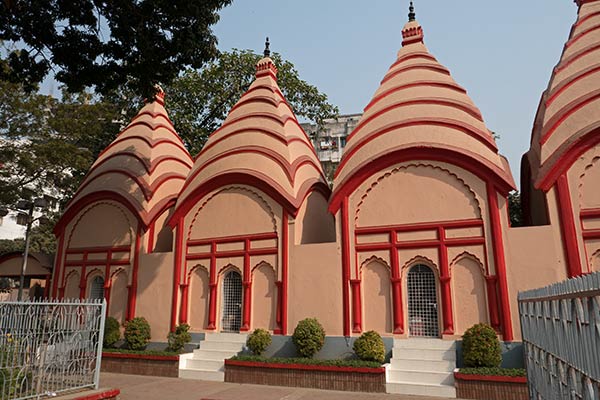 Some people consider Dhakeshwari temple to be one of the Shakti Pithas, where the jewel from the crown of the Goddess Sati had fallen. While the truth of this is unknown, the temple has been highly venerated for many hundreds of years. The original 800-year-old statue of Durga was taken to Kumartuli, Kolkata in West Bengal, India but a replica of that statue is still held at Dhakeswari.

The Dhakeshwari Temple was severely damaged during the 1971 Bangladesh Liberation War, and over half of the temple's buildings were destroyed. The main worship hall was taken over by the Pakistan Army and used as an ammunitions storage area. The temple was further damaged during the Muslim mob attacks of 1989–92. A significant portion of the temple land has been lost due to the Vested Property Act and confiscation by the Bangladesh Government, and the current premises are considerably smaller than the historic reach of the property.

The Dhakeshwari Temple is a hub of socio-cultural as well as religious activity. Each year, the large celebration of Durga Puja (the most important event in the Bengali Hindu calendar) in Dhaka is held at the temple. Several thousand worshippers and onlookers (including Muslims) stream through the premises where they are offered Prasad (food – usually rice and lentils). Durga Puja comes to an end after five days, with the idols of Durga and her four children Lakshmi, Saraswati, Kartik and Ganesh taken in processions from the temple for immersion in river or sea. A Bijaya Sammelani cultural program takes place in the adjoining parade ground a few days after Durga Puja is complete, and it is also a major cultural event in the Dhaka calendar, regularly attracting some of the top performers from the Dhaka music and film industry.

One of the most important events of the year is the Janmashthami procession which starts from Dhakeshwari temple and then proceeds through the streets of Old Dhaka; this occurs on the day of Lord Krishna's birthday, which is also a public holiday in Bangladesh and second only to Durga Puja in importance in the Bengali calendar. The procession dates back to 1902 but was stopped in 1948 following the establishment of Pakistan and subsequent attacks by Muslim mobs in Dhaka. The procession was resumed in 1989.

In previous centuries, festivals also happened during the month of Chaitra in the temple complex (In India's Hindu and Tamil calendars, Chaitra is the first month of the year, in the Bengali and Nepalese calendars it is considered the last month, and according to the Gregorian calendar it commences in March or April).

Dhaka, formerly spelled as Dacca in English, is the capital and one of the oldest cities of Bangladesh. The history of Dhaka begins with the existence of urbanized settlements in the area that is now Dhaka dating from the 7th century CE. The city area was ruled by the Buddhist kingdom of Kamarupa before passing to the control of the Sena dynasty in the 9th century CE. After the Sena dynasty, Dhaka was successively ruled by the Turkic and Afghan governors descending from the Delhi Sultanate before the arrival of the Mughals in 1608. After the Mughals, the British ruled the region for over 150 years until the independence of India. In 1947, Dhaka became the capital of the East Bengal province under the dominion of Pakistan. Following the independence of Bangladesh in 1971, Dhaka became the capital of the new state.

There are different theories regarding the origin of the name Dhaka. One is that the name came following the establishment of the Dhakeshwari Goddess temple by Raja Ballal Sea in the 12th century. Another comes from the Rajatarangini text, written by a Kashmiri Brahman named Kalhana. It says the region was originally known as Dhaka. The word Dhaka means watchtower. Bikrampur and Sonargaon — the earlier strongholds of Bengal rulers were situated nearby. So Dhaka was likely used as the watchtower for their fortifications. 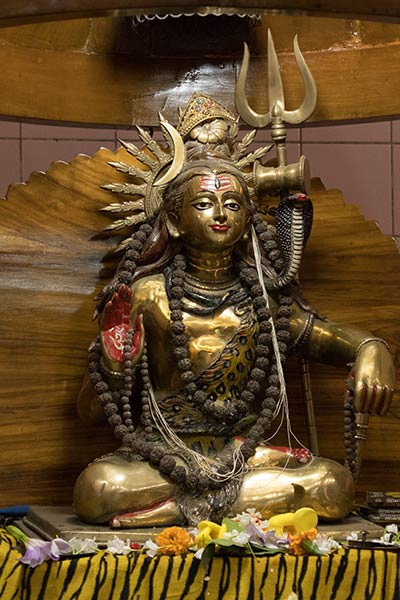