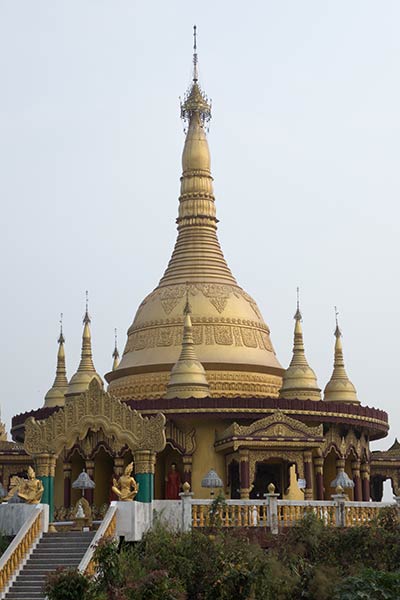 
Perched on small hill six miles (10 kilometers) from the town of Bandarban in southern Bangladesh, the Buddha Dhatu Jadi temple is the largest Theravada Buddhist temple in the country. While not an ancient temple, being constructed from 1995 to 2000, it has become a favored pilgrimage destination because of the relics it contains. The authenticity of these relics is, however, strongly refuted by scholars because no verifiable relics of the Buddha are known to exist. Also known as the Bandarban Golden Temple, or Kyang by the local Marma tribal groups, it is the scene of several yearly pilgrimage festivals. While the country of Bangladesh is more than 99% Muslim, the Marma or Mogh tribal groups of the Chittagong Hill Tracts have practiced Buddhism for many centuries. Every full moon night the temple is illuminated by thousands of clay lamps and surrounding the temple are several statues of the Buddha. Each of these statues shows the Buddha with specific hand positions, called mudras, which indicate particular aspects of the Buddha's teachings. The Dharmachakra mudra represents the eight-fold path of Buddhism (correct view, resolve, speech, conduct, livelihood, effort, mindfulness and meditative practice) and the Vitarka mudra represents the discussion and transmission of these teachings. 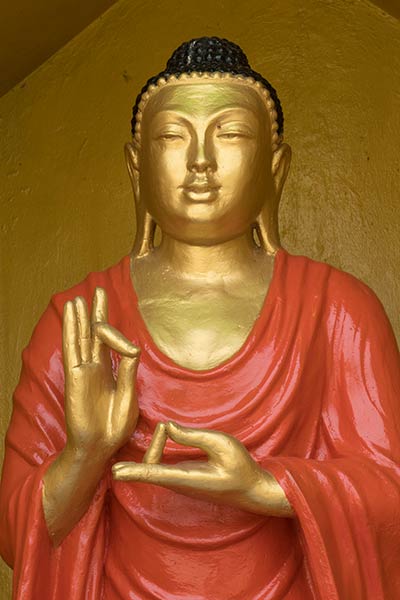 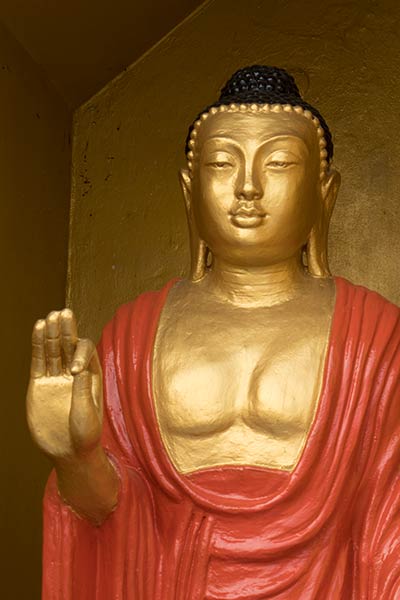 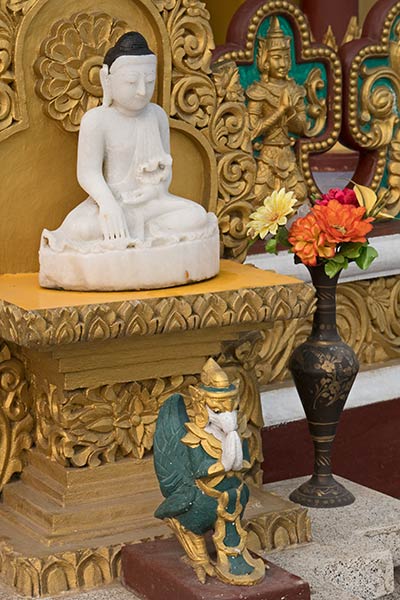 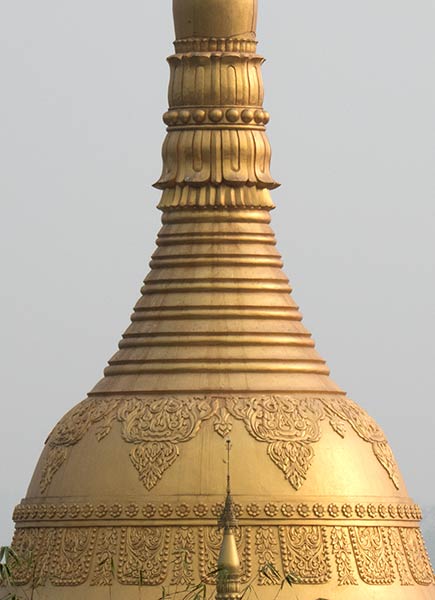 ​ Close up of spire of Buddha Dhatu Jadi Temple (Enlarge)