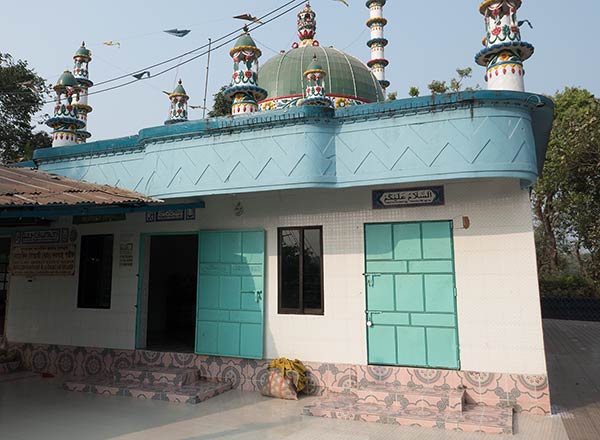 Located in the city of Chittagong, the shrine of Bayazid Bostami is one of the two most venerated Sufi holy places in the country of Bangladesh (the other being Hazrat Shah Jalal in Sylhet). Also known as Sultan-ul-Arefin (King of the Gnostics), Bayazid Bostami was born in 804 the town of Bostam, Iran. He died in 874 and is likely buried in Bistam, Iran. While very little is known of his early years, biographical reports portray him as a wanderer, a teacher, and a mystic profoundly in love with the divine. He was one of the pioneers of what later became known as the "ecstatic" school of Islamic mysticism and he is honored in the lineage of one of the largest Sufi brotherhoods, the Naqshbandi order. Before him the Sufi path was mainly based on piety and obedience and he played a major role in placing the concept of divine love at the core of Sufism.

While there is no historical record of Bayazid Bostami having visited Chittagong, it is plausible that either he or his followers did so in the middle of the 9th century as Chittagong was a major port on the southern Silk Route connecting India, China and the Middle East. The Bayazid Bostami shrine complex consists of Bostami's tomb, which has been enclosed in a modern structure, an ancient mosque believed to date back to the time of the last great Mughal emperor, Aurangzeb (1658-1707), and a pond with many sacred turtles. While locals acknowledge that the body of Bayazid Bostami is not buried there, the tomb, attributed to him as a jawab or imitation, is nonetheless the object of veneration for the many thousands of pilgrims who visit there each year.

The pond, locally known as Bayazid Bostami Pukur, is the home of 300-400 rare and endangered fresh-water black soft-shell turtles known as Bostami Kasim (Aspideretes nigricans). The people of Chittagong call these turtles Gadali-Madali and believe that they are supernatural creatures that did not obey the order of Bayazid Bostami and took this shape after angering him. It is said these turtles are doomed to spend eternity in the pond. This confinement, however, is not a hardship for the turtles. In addition to being cared for and protected by the shrine authorities, they are fed bananas, rice and vegetables by visitors. The turtles are so accustomed to the presence of people that they gather on a platform when called, each one stretching its neck to receive food. 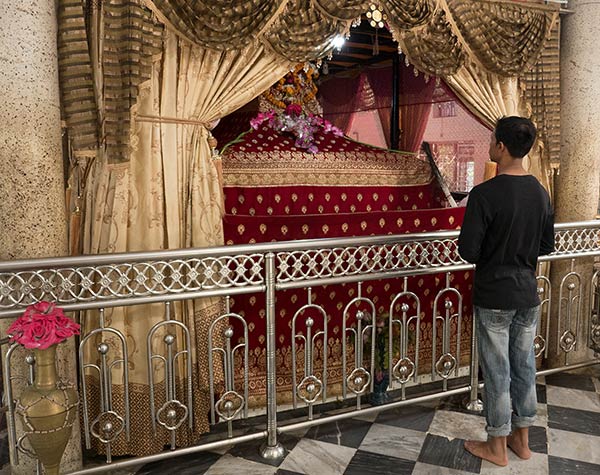