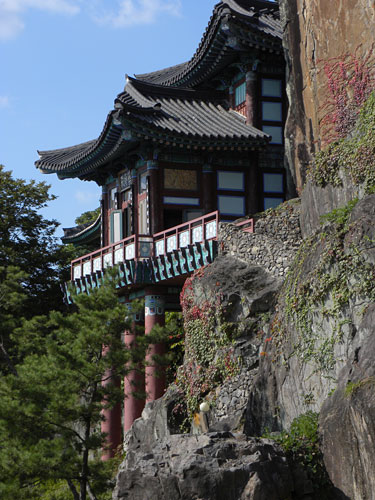 
O-san is a very small mountain across the river from the Western area of grand Jiri-san, but it features a very dramatically situated and interesting temple named Saseong-am, which means the Four Sages Hermitage. According to historical records and legends, four of Korea's greatest Buddhist masters studied and practiced meditation at this site along their path to enlightenment. One of them was National Master Doseon, founder of Korea's Pungsu-jiri geomancy, and so a small cave here next to the Mountain-spirit shrine is named Doseon-gul after him. 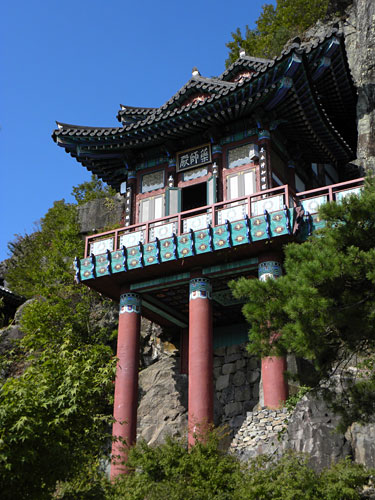 Exterior of the main hall of Saseong-am, enshrining a carving of Amita Buddha 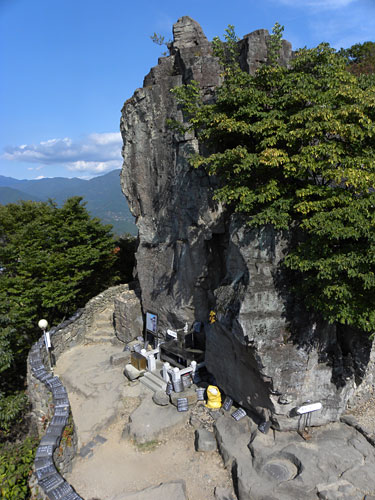 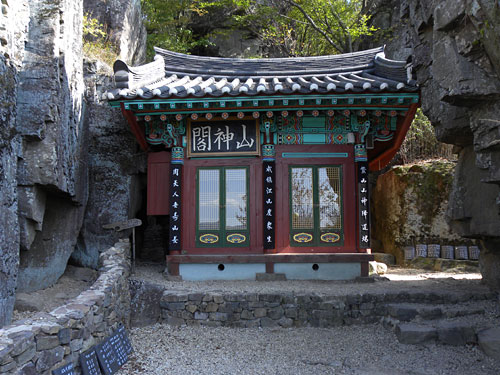 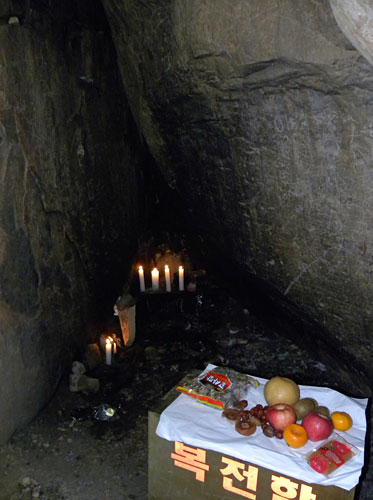 Interior of Doseon-gul, a cave said to have been used by
National Master Doseon for meditation practices in the 9th century 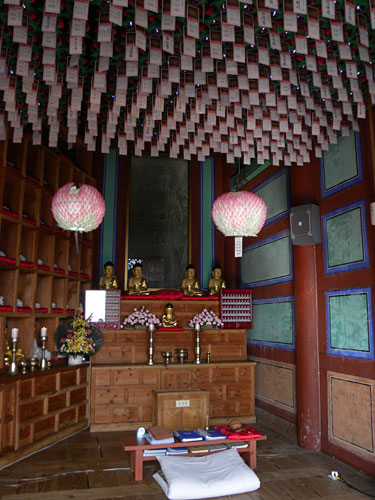 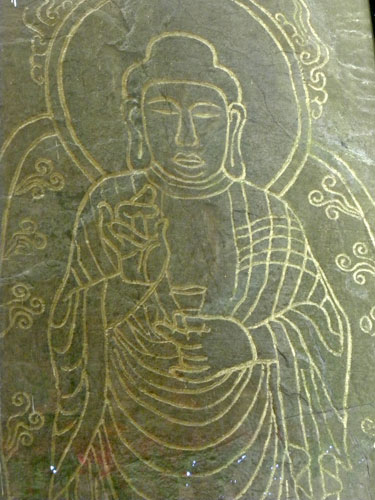