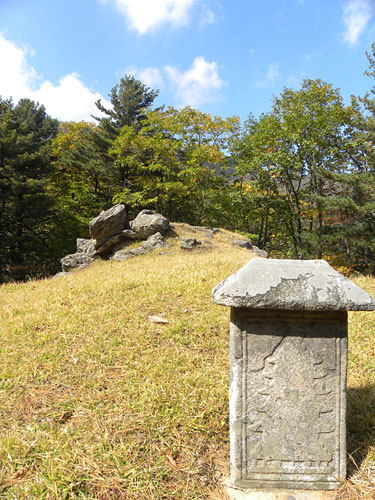 
Odae-san (the Five Platforms Mountains) is a large sacred area and National Park near the east coast of Gangwon Province on the Baekdu-daegan, the spinal mountain range of Korea. It is believed by Korean Buddhists to be a primary residence of and practice-site for Munsu-bosal, also known as Manjushri, Wenshu or Monju, the Bodhisattva of Wisdom.

The Odae-san area received its name from the Buddhist master-monk Jajang in 643 CE after he returned from studying at the sacred Wutai-shan mountains of China, designated as sacred to Munsu-bosal since about 200 CE. "Odae-san" is the Korean pronunciation of the Chinese characters "Wutai-shan", and was so named because its topography is similar to that of Wutai-shan, where Jajang had a vision of the Bodhisattva directing him to find a similar "residence" in his own nation. Jajang brought with him from China relics of the Buddha, which he placed at a shrine now called Jeokmyeol-bogung, just above Jungdae Saja-am (Central Platform Lion Hermitage) located halfway up the eastern slope of Odae-san's Biro-bong (Vairocana Buddha Peak, also called Jungdae-bong or the Central Platform Peak). There are four other "Platform" peaks in the 4 cardinal directions, each having an associated hermitage. Lower down in the river-valley in between these peaks Jajang also founded the great Woljeong-sa (Moon-Vitality Temple), and a generation later two princes who were his disciples founded Sangwon-sa (Upper Courtyard Temple); both of these are dedicated to Munsu-bosal (Manjushri the Bodhisattva of Wisdom). 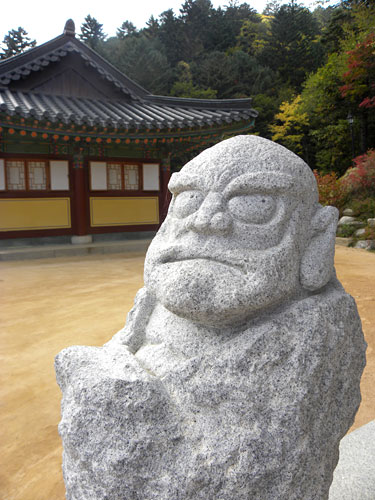 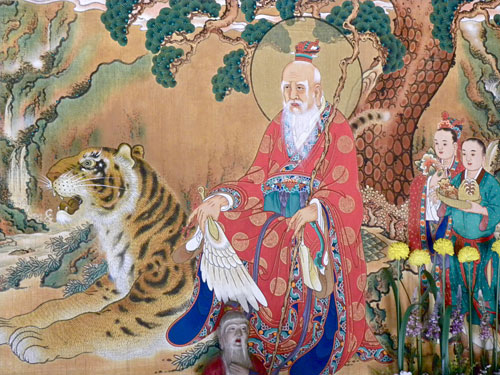 Martin Gray is a cultural anthropologist, writer and photographer specializing in the study and documentation of pilgrimage places around the world. During a 38 year period he has visited more than 1500 sacred sites in 165 countries. The World Pilgrimage Guide web site is the most comprehensive source of information on this subject.
For additional information by Professor David Mason, visit san-shin.net. and san-shin.org.