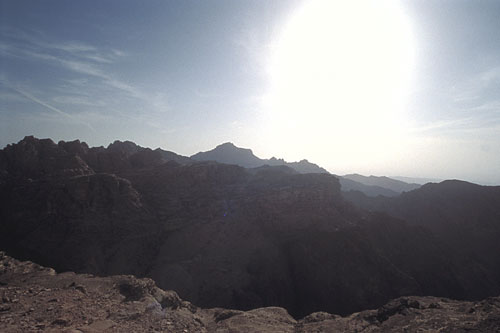 The peak of Jebel Haroun from the distance, near Petra, Jordan


The Prophet Aaron (Harun bin Imran) was the elder brother of Prophet Musa/Moses and Miriam, and the descendant of the Prophet Ibrahim/Abraham through his grandson Jacob. While Moses was both a messenger and a prophet, Aaron was a prophet only. He shared with his brother in the missions to the Pharaoh and in leading the tribes of Israel out of Egypt. Tradition holds that Aaron often acted as the voice of Moses who had a distinctive stammer to his speech. Aaron was buried by Moses on the summit of Mount Hor, near the ruins of Petra. Also called El-Barra, the mountain is 4580 feet (1350 meter) and the highest in the Petra region; it has twin peaks with the grave of Aaron perched on the cone of the higher peak. Religious buildings have stood upon the peak since at least as early as the Byzantine era, when Christians began to associate the mountain with the site of Aaron’s burial. During the 7th century Greek Christians administered the site and local legends tell that the ten-year-old prophet Mohammed visited the shrine with his uncle. Muslim pilgrims, in homage to the prophet, often drape the shrine with green and white pieces of fabric. Given its present form in 1459, the shrine is a small, domed mosque which is rarely opened. The shrine was until recent times jealously guarded by the Bedouin and non-Muslim travelers were forbidden to ascend the peak.

Information and maps regarding many other Christian and Muslim sacred sites in Jordan may be found in The Holy Sites of Jordan, published by the Turab Corporation, Amman, Jordan 1996. 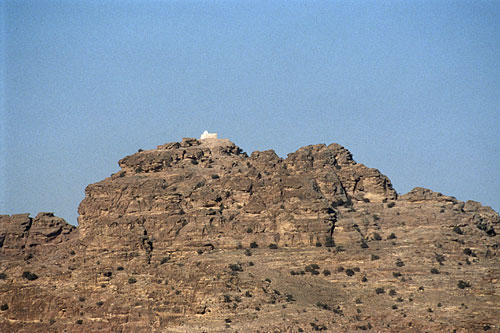 The peak of Jebel Haroun and the shrine of Aron, Jordan 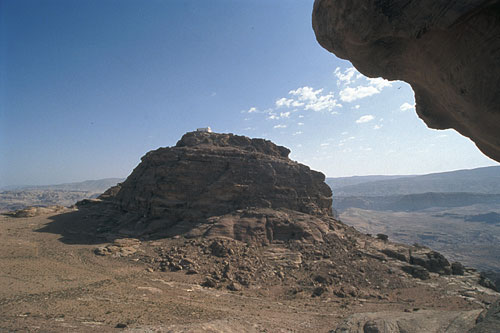 Jebel Haroun and the shrine of Aron, brother of Moses 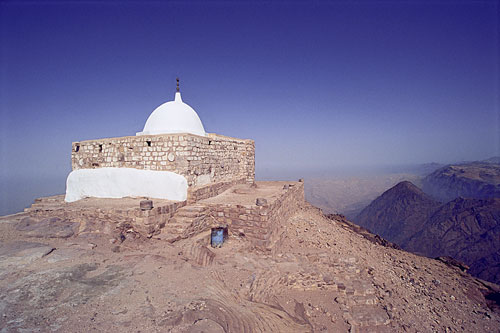 Shrine of Aron, brother of Moses 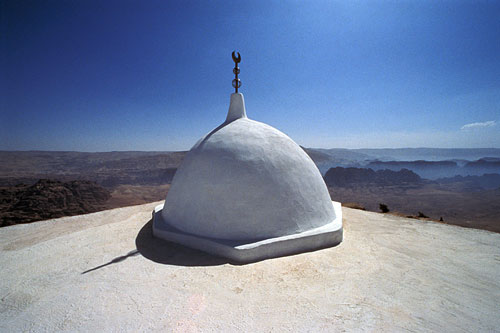 View from the roof of Aron’s shrine