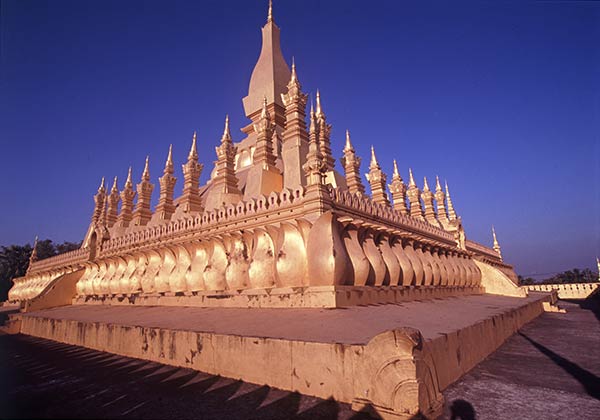 Pha That Luang Pagoda, or Pha Chedi Lokajulamani, which translates as "World Precious Sacred Stupa", is considered the most important national monument in the country of Laos. Situated on a hill about three miles northeast of the center of Vientiane, its golden spire rises to 148 feet (44 meters) and is surrounded by 30 smaller pagodas.

Local legends relate that monks sent by the Indian King Ashoka to spread Buddhism arrived in the Vientiane area in 218 BC. A stupa was erected to enshrine a sacred relic from the Buddha (possibly his breast or pelvic bone). Archeologists have found no trace of this stupa but excavations have uncovered remains of a pagoda built by the Khmers as a monastery in the 12th century. The first restoration project began in 1566 when King Setthathirat of the Lan Xang Kingdom moved his capital from Luang Prabang to Vientiane. In 1641, Gerrit van Wuysoff, a Dutch envoy of the Dutch East India Company visited Vientiane and was impressed by the "enormous pyramid and its top which was covered with gold leaf weighing about a thousand pounds". The glory of Pha That Luang, however, did not last much longer after this. The ongoing battles between Laos, Myanmar and Siam left the pagoda vulnerable. In 1828, a Siamese army invaded the capital and left Pha That Luang in a heavily damaged state. Treasure hunters eventually dismantled it. It was not until 1900 that restoration work on the stupa began with the French. This attempt was unsuccessful, but another French restoration project in the 1930's (based on the detailed drawings from the late 1860's by the French architect and explorer Louis Delaporte) finally brought Pha That Luang back to its former glory.

The Pha That Luang is the scene of the country's most important Buddhist festival, the Boun That Luang, held during the full moon of the 12th lunar month (November, but sometimes October). Thousands of people flock to the grounds for three days of Buddhist ceremonies and to give alms to hundreds of monks. Buddhist devotees walk around the That Luang three times holding incense sticks to pay their respect. Days of festivities precede the Boun That festival when the grounds are filled with hundreds of stalls selling food, clothing and various crafts. Activities include carnival rides, games for children, musical performances, fireworks, candlelight processions, and parades of people wearing traditional costumes. 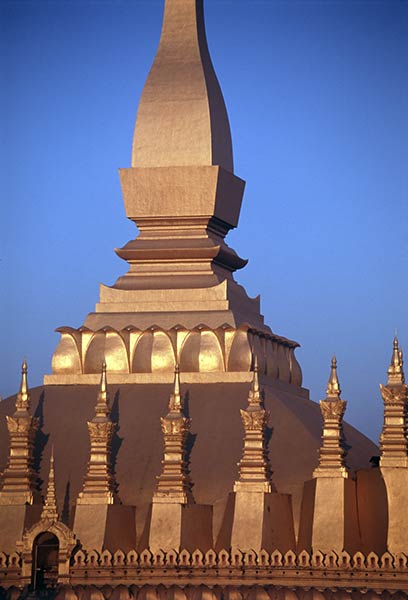 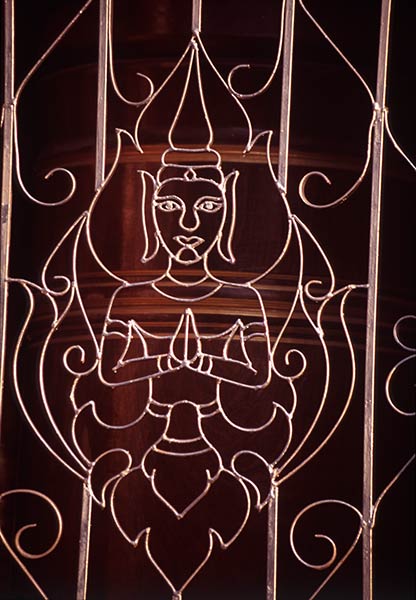