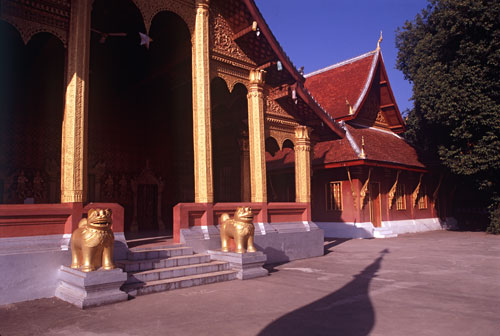 
The spiritual center of Buddhism in Laos is the city of Luang Prabang, located on a peninsula formed by the Mekong and the Nam Khan Rivers about 265 miles (426 kilometers) north of Vientiane, the capital of the country. Remains of stone tools excavated at the Tham Hua Pu Cave suggest that the region of Luang Prabang was inhabited since 8000 BC, while bronze and pottery artifacts give evidence of habitation during the second millennium BC.

According to legend, the Buddha once passed through the region and prophesied that it would one day be the location of a rich and powerful kingdom. Another legend attributes the choice of the site to two hermits, attracted by its natural beauty, who gave it the name of Xieng Dong.

In 1354, Fa Ngum, a Lao royal prince who had been educated in the Khmer city of Angkor (in present day Cambodia) settled in Xieng Dong and founded the Lao kingdom of Lan Xang (Kingdom of a Million Elephants). This kingdom prospered from 1354 to 1707, due to its strategic location on the Silk Route, as well as being the center of Buddhism in the region.

Xieng Dong remained the capital of Lan Xang until 1563 when King Setthathirat transferred it to Vientiane because Xieng Dong was considered vulnerable to attack by the Burmese. It was at this time that the city was also given its current name of Luang Prabang, in honor of the famous Buddha statue – the Pra Bang – given by the Khmer monarch of Cambodia in 1512. In spite of the transfer of the capital to Vientiane, however, Luang Prabang remained the kingdom’s religious and spiritual center.

The first European travellers arrived in Lan Xang in 1641 during the reign of King Sourigna Vongsa. After his death in 1695, rival princes fought for the throne and in 1707 Lan Xang was divided into three separate kingdoms: Luang Prabang in the north, Vientiane in the center and Champasak in the south. When France annexed Laos in 1893, the French recognized Luang Prabang as the royal residence of Laos. During World War II the Japanese occupied the city although it remained under nominal French control. On March 9, 1945, independence was declared for Laos, Vientiane remained the capital of the country, while Luang Prabang continued as the spiritual center.

Located in the town are thirty-four temples, as well as the 100-meter high sacred hill of Mount Phou Si with its important Buddhist temples of Wat Tham Phou Si and Wat Chom Si. Two other beautiful temples are Wat Si Bun Heuang, the ‘Temple of 100,000 treasures’ (shown in the photograph) and the Wat Haw Pha Bang, where is kept the much revered Phra Bang Buddha statue. In 1778, the Siamese (now Thailand) invaded Luang Prabang and captured the Phra Bang statue, taking it back to Bangkok. However, political upheaval and misfortune were attributed to the Phra Bang, and in 1782 it was returned to the Lao people. In 1828, the Siamese captured the Phra Bang a second time, but again returned it in 1867 after a similar of political upheaval. 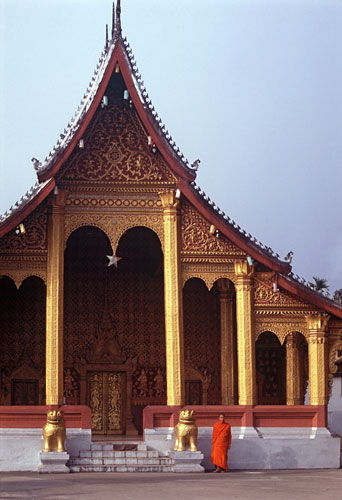 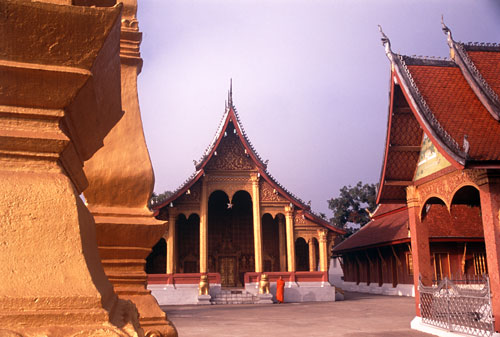 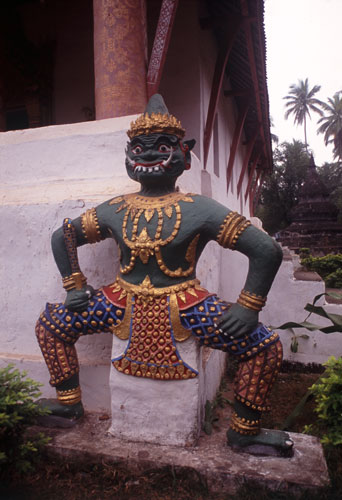 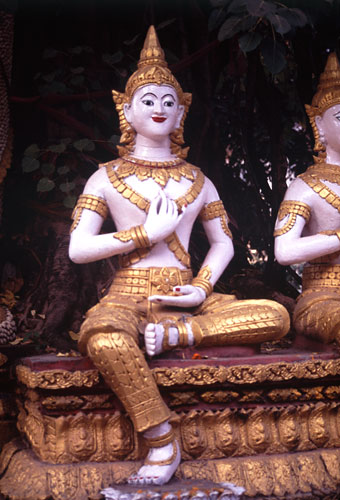 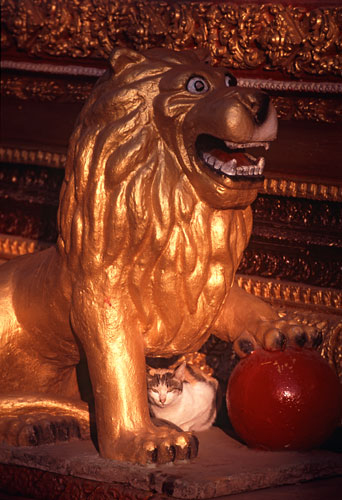