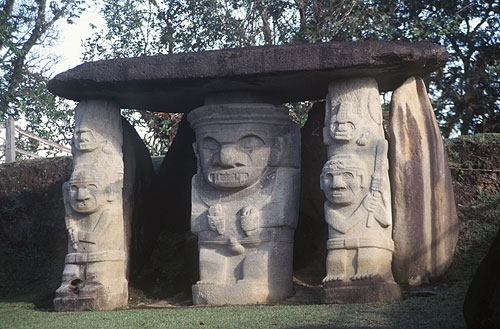 
In addition to its Christian pilgrimage shrines, Colombia also has an important pre-Colombian ceremonial center called San Augustin. Considered by archaeologists to be one of the most significant ancient places in Latin America, San Augustin is actually a collection of ceremonial and burial sites scattered over an area of 250 square miles. Little is known of San Augustin. In particular, who were the people that lived here, where did they come from, when did they arrive, and what was the purpose of the extraordinary stone figures they so expertly carved? None of these questions can be answered with any degree of certainty. Scholars have hypothesized that an archaic people settled in the rolling hills bordering the Magdalena River as early as 3300 BC. These shadowy people may possibly have been the ancestors of the stone carvers who produced more than 500 monolithic statues, sarcophagi and petroglyphs sometime between the 6th and 14th centuries.

Regarding the purpose of the fantastic stone statues, neither archaeology nor local folk lore provide any clues. Ranging in height from twenty centimeters to seven meters, the statues depict a wonderful variety of anthropomorphic and zoomorphic figures. There are reasonably realistic representations of human figures; smiling, frowning, and sneering monsters; and various animals such as jaguars, snakes, frogs and great birds. Some of the faces of the statues are somber, others are serene and wise, still others frightening and ominous. Certain scholars interpret the sculptures as metaphors indicating shamanic associations.

The statues seem to me to be more than simple sculptural constructions and the stones to have a power beyond their visual appearance. They seem to be hiding something within themselves. During the three days I spent gazing at, touching, and photographing the statues, I frequently felt as if I were in the presence of living beings with particular personalities. This was a familiar experience for me. Many times before in my travels around the world I have come upon carven figures, talismans, and ceremonial objects that have radiated a similar power. Researching the history of these objects, I have often found evidence that many had been purposely charged with spiritual and shamanic power through the agency of ritual and magic. These artifacts functioned as batteries, or memory banks, recording the particular powers that were directed into them. While nothing is known of the preparation or use of the San Augustin statues, it seems that they too are objects charged with - and still containing - mystic powers from a long forgotten age. 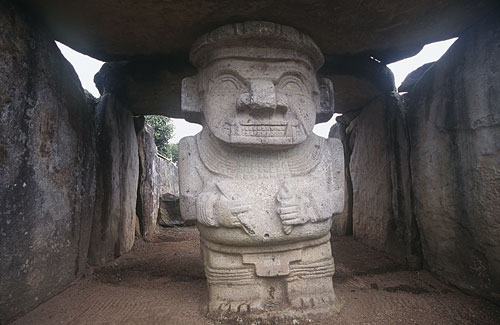 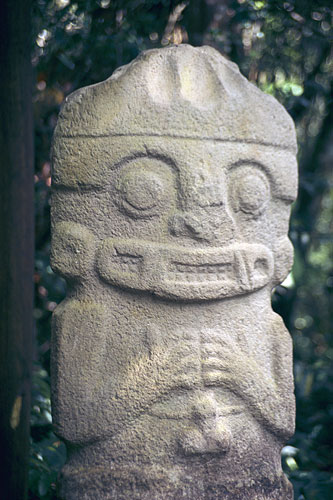 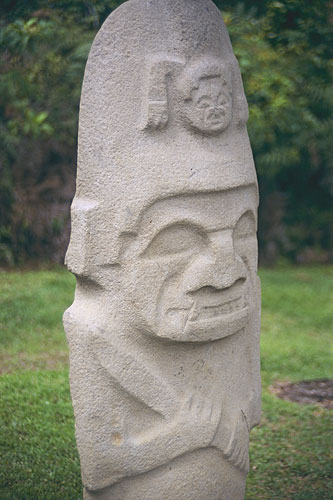 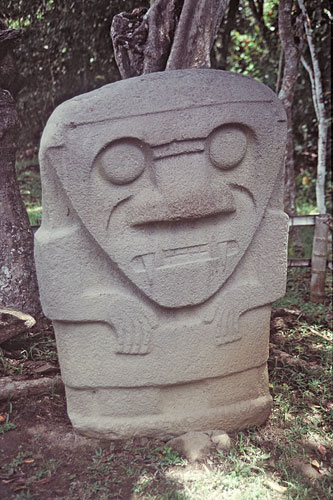 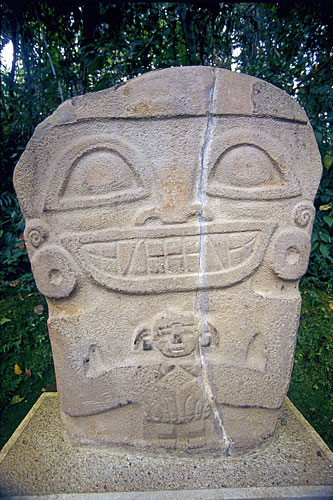 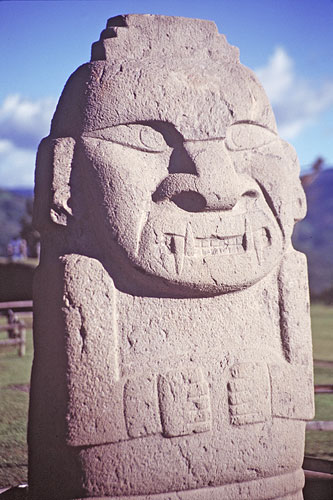