Mary, Our Lady of Luján Basilica 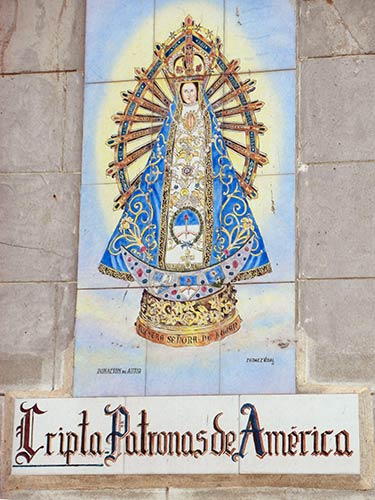 Entrance to Grotto of Lujan, Argentina


Forty three miles (68 km) west of Buenos Aires, the capital of Argentina, stands the city of Luján, famous for its great basilica dedicated to Mary, Our Lady of Luján. Called Nuestra Señora de Luján in Spanish, its construction was begun in 1887 and completed 48 years later in 1935. Our Lady of Luján is considered the Patroness of Argentina, Paraguay and Uruguay. 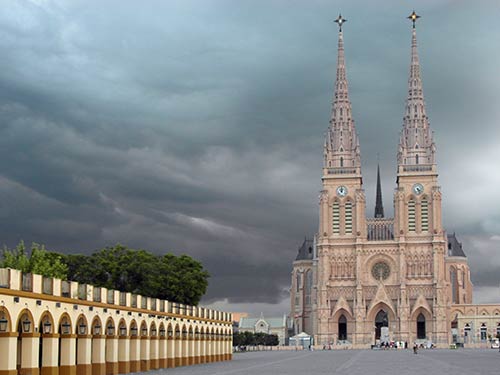 
The origin of the holy place dates back to 1630, when two small statues of the Virgin were brought to Argentina from where they were crafted in Brazil. According to legend, Antonio Farías Saa, a Portuguese landowner based in Sumampa (the current province of Santiago del Estero, Argentina), wanted to erect a chapel in honor of the Virgin Mary, in order to invigorate the practice of Christianity in his region. He asked a friend, a resident of Brazil, to send an image of the Immaculate Conception of Mary. For a better choice, his friend sent him two statues. When the statues of the Virgin arrived at the port of Buenos Aires they were placed in two boxes, and along with other cargo put on an oxen-pulled cart. After three days of travel, the cart halted overnight by the town of Zelaya, near the present city of Luján. 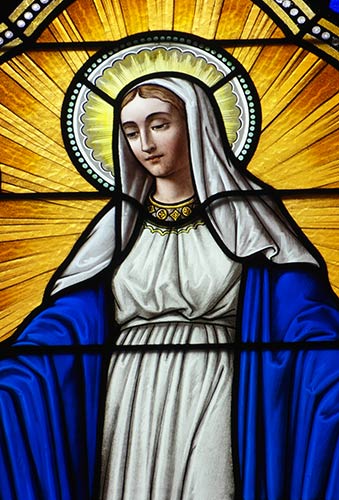 
But the next day the oxen were unable to move the cart. The oxen were changed and most of the wagon’s contents were unloaded yet the replacement oxen still were unable to pull the wagon. Then someone noticed that two small boxes had been left in the back of the wagon. Upon inspection, it was found that each of these boxes contained a different statue of the Virgin: one represented the Immaculate Conception and the other was of the Virgin holding the baby Jesus. First the box with the statue of Mary and Jesus was removed, but the oxen were still unable to move. However, when the box containing the statue of the Immaculate was removed, the oxen proceeded easily. The assembled witnesses were astonished and so decided that the statue of Our Lady desired to stay there and travel no further. The statue was transferred to the nearby home of Don Rosendo Oramas, who built a rustic chapel for it. In 1763, the statue was moved to a larger shrine in the city of Luján and its final sanctuary was completed in 1935. In 1930 Pope Pius XII gave the sanctuary the title of Basilica and it was declared a National and Historical Monument in 1998. (The second statue, depicting Mary holding the child Jesus, reached its destination and is today worshiped under the title of Our Lady of Consolation.) 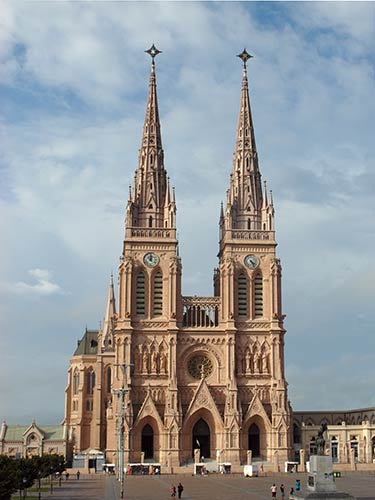 The two main towers of the Basilica are 106 meters tall and the interior is done in a French Gothic style, with beautiful stained glass windows. The terracotta statue of the Virgin is only two feet high (38 cm) and has a pure gold crown, which is set with 365 diamonds, rubies, emeralds and sapphires, 132 pearls and a number of enamels depicting the emblems of the Archbishop and the Argentine Republic. In 1887, in order to prevent its decay, the statue was given a solid silver covering. It is normally clothed with a white robe and sky blue cloak, these being the colors of the Argentine flag. The papal coronation of Our Lady of Luján, by Pope Leo XII, took place on May 8, 1887. 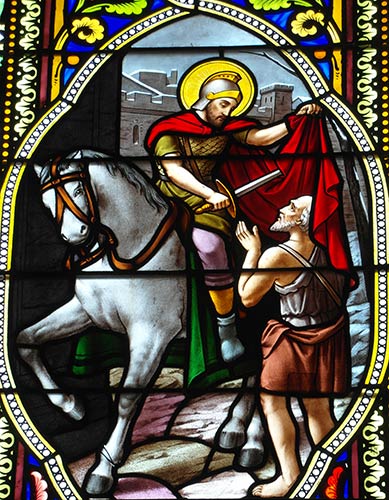 
Approximately six million people visit the shrine each year, many of them coming during four major pilgrimage periods. One of these, the Peregrinación de los Gauchos (Gaucho´s Pilgrimage), takes place on the last Sunday of September and is considered to be one of the most picturesque cultural events in Argentina. Gauchos are the cowboys of Argentina’s vast grasslands and during the pilgrimage it is common to see their horses waiting outside of the church. A week or so later, on the first Sunday in October, is the Peregrinación de los Jóvenes (Pilgrimage of the Young), when around a million youths walk the whole 68 kilometers from Buenos Aires to the Basilica in a display of faith and gratefulness. The feast days of Nuestra Señora de Luján are celebrated on May 8 and December 8, and during these times nautical pilgrimages take place in the Luján River, with statues of the Virgin aboard a boat.