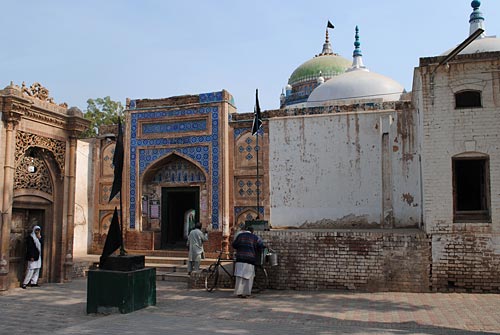 Shams-i-Tabrīzī or Shams al-Din Mohammad (died in 1248) was a Persian Muslim, who is credited as the spiritual instructor of Mawlānā Jalāl ad-Dīn Muhammad Balkhi, also known as Rumi. He is referenced with great reverence in Rumi’s poetic collection, in particular “Diwan-i Shams-i Tabrīzī” (The Works of Shams of Tabriz). Tradition holds that Shams taught Rumi in Konya for many years before retiring to the city Khoy (now in West Azerbaijan Province, Iran), where he died and his buried. That tomb has been nominated as a World Cultural Heritage Center by UNESCO. A saint by the name of Shams-i Tabrīzī is also buried at Multan in Pakistan and the tomb stone there clearly indicates it is the same Shams-i Tabrīzī, who was the spiritual mentor of Rumi of Konya, Turkey. 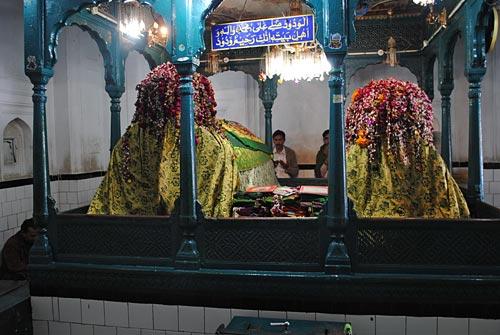 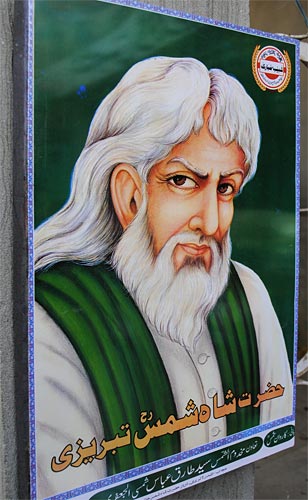 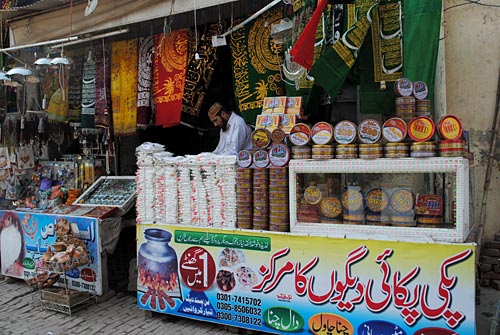 Other shrines in Multan 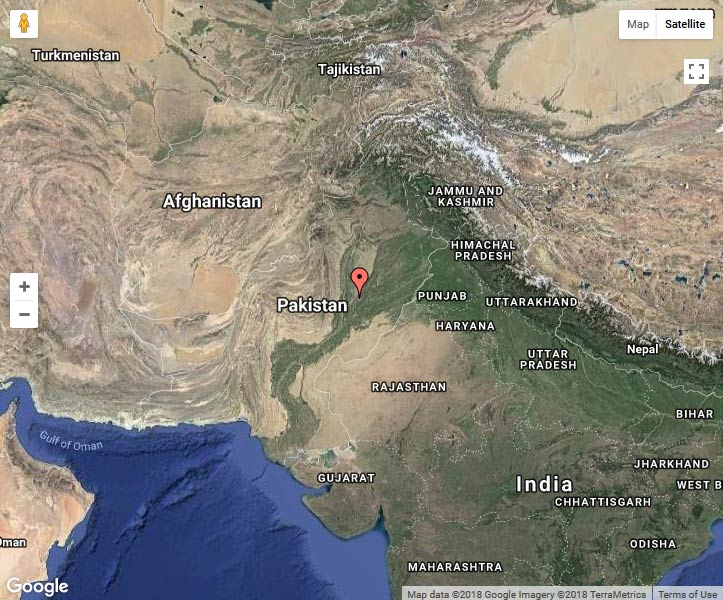