Located thirty-six miles (57 km) to the east of Asuncion, the capital of Paraguay stands the small city of Caacupé, home of the country’s most important pilgrimage site. Legends tell that in the early 16th century a peasant of the Guarani Indian tribe named Indio Jose had been converted to Christianity by the French Franciscan missionaries staying in the village of Tobati. Indio Jose was a sculptor and had been chosen by the missionaries to carve an image of the Virgin Mary for the new church that was being made for his tribe. One day he was walking in the forest looking for a large Yerba Mate tree from which he could carve the statue when warriors of a rival tribe known as the Mbayae nearly discovered him. The Mbayae were violently opposed to the Christian tradition and had declared themselves enemies of all converts. In order to escape his pursuers, Indio Jose fled deeper into the forest and hid within the trunk of an enormous tree. While hiding within the tree, he prayed to the Virgin Mary for protection from the warriors and that they would pass by without seeing him. After finishing his prayer, a pillar of light fell upon him and Mary appeared to him in a vision. Indio Jose promised her that if she protected him, he would make two sculptures of her from the wood of the tree where he was hiding. Mary accepted this promise and disappeared, leaving Jose alone in the tree and the warriors passing by without seeing him. True to his word, Indio Jose chopped down the tree and from its wood carved two statues of the Holy Mother, the larger of which he placed within the church at Tobati (where it still resides) and the smaller that he kept for his own devotions.

Some years later in 1603, the nearby Tapaicuá Lake overflowed and flooded the valley of Pirayú, sweeping everything away, including the house of Indio Jose and the statue he kept there. The Franciscan priest Luis de Bolaños (1549-1629), accompanied by inhabitants of the region, prayed earnestly for the calming of the waters. Soon another miracle occurred. The raging waters receded, the statue miraculously appeared floating on the lake, and from then on it was called the Virgin of Miracles (La Virgen de los Milagros). After the statue survived the flood, a carpenter, also named Jose, received permission from the Franciscans to construct a small church in which it would be housed. In search of wood for the shrine he discovered a place called Ka’aguy Kupe (behind the woods) and decided to move there with his family. Following his death some years later, a relative took his widow and child back to Tobati where he placed the small statue next to the larger one that was already there (the larger image that had been carved by the first Jose, Indio). After another century, a descendant of the 2nd Jose returned the smaller statue to Ka’aguy Kupe, where a new shrine was erected. 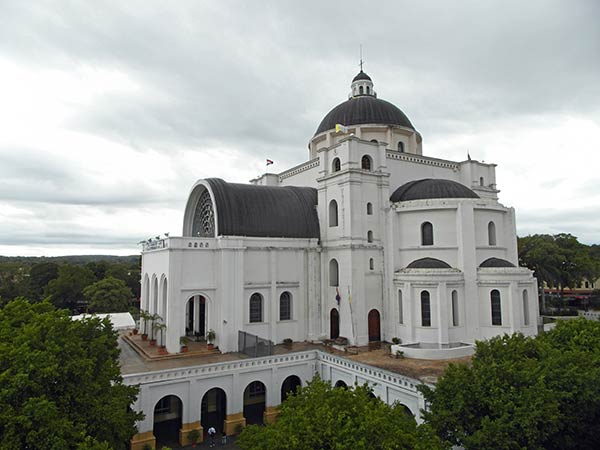 In the centuries that followed, the statue was placed in a succession of at least nine increasingly larger chapels, churches and basilicas. For a time, in order to give her more prominence and cover her with rich garments, her figure was enlarged disproportionately, until Church authorities decreed that the image be returned to its original size. Today, Our Lady of Caacupé is a handsome wood carving, approximately 50 centimeters in height, with a delicate oval face and blue eyes. She wears an elegant snow-white tunic and has a sky blue cloak around her shoulders, both of which are adorned with gold embroidery. Her blond hair falls to her shoulders and her hands are joined in prayer. The statue stands on a sphere that rests upon a large half moon. Because of her blue cloak, she is also called the Blue Virgin of Paraguay, or La Virgen Azul de Paraguay.

Construction of the present church began in 1945, and although it has not yet been fully completed, it has been the sanctuary of the Virgin of Miracles of Caacupé since 1980. The town itself was founded in 1770 by Carlos Murphy, a soldier in the service of King Charles III of Spain, although a first settlement existed there from the 17th century. Caacupé is considered the religious center of Paraguay, the meeting place of the nation and the Church, and the blessed image of Mary has accompanied the formation process of the Paraguayan nationality. 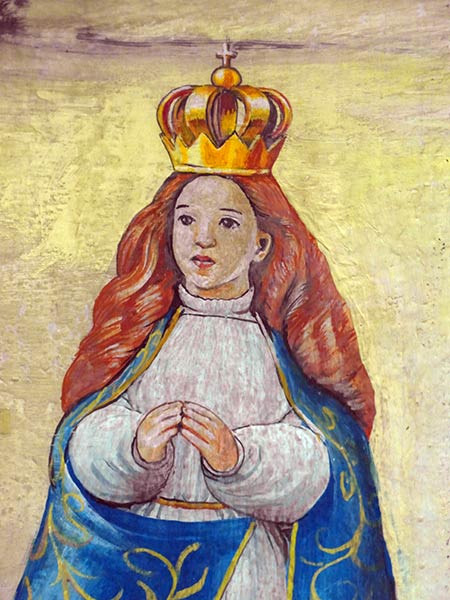 December 8th,the feast day of Mary, is Paraguay’s most important religious holiday. On the eve of the feast day, roads in and leading to Caacupé become nearly impassable as an estimated one million pilgrims flood the streets. This is a huge number of visitors considering that the entire country has a population of less than seven million people (the country is 87% Catholic). Entire families arrive with their provisions and spend the night in vigil awaiting the first Mass at daybreak. The cobble-stoned plaza in front of the basilica is large enough to accommodate around 300,000 people and each year it is over filled. During the night, many people sleep on the sidewalks, patches of grass and anywhere else they can find space.

Some of the pilgrims walk the 36 miles from Asunción, others take buses which run around the clock in a constant stream, some take the bus part way and then walk several hours, others take bicycles, still others walk the last ten miles on their knees and some even walk the last 20 miles carrying heavy crosses. Given that December is the peak of summer in the southern hemisphere, the walk is typically done during the night. There is a giant market throughout the town with hundreds of souvenir vendors and people selling food. The town hosts a large fireworks display and thousands of people join in a candlelight procession. 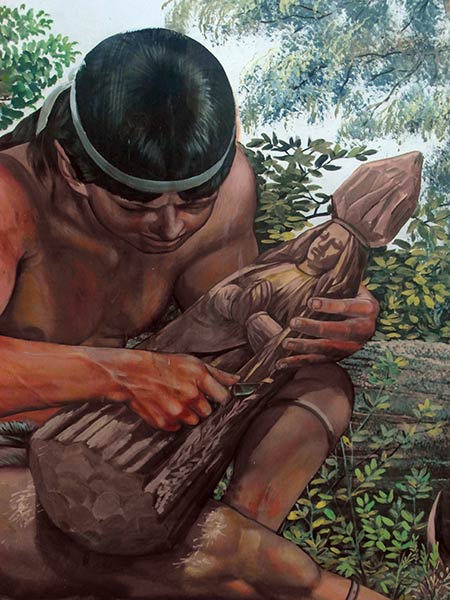