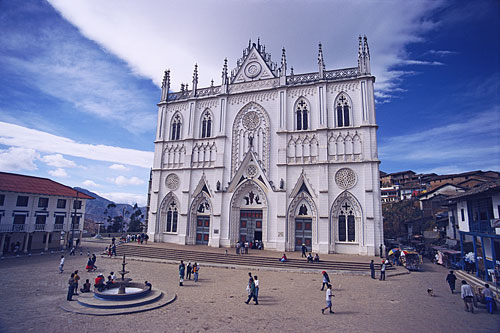 
Seventy kilometers from the city of Loja in the mountains of southern Ecuador is the town of El Cisne, the site of a much venerated Marian shrine. The basilica of El Cisne was built in 1742 and modeled after a similar basilica in Harlungenberg, Germany. In 1594, the inhabitants of the El Cisne region had desired their own religious relic, similar to the Virgin of Guadalupe in Mexico City. Representatives of the local people traveled to the capital city Quito, where they requested the sculptor Don Diego de Robles to create the Virgin de El Cisne statue, which he did out of the wood of a cedro tree. Upon arriving in El Cisne, the Virgin performed her first miracle which was a much needed rainstorm after a prolonged drought. Since then, the statue has been a focal point of devotion for the deeply religious inhabitants of the area. On August 17th of each year, many thousands of pilgrims gather in El Cisne to begin a three day religious procession to the city Loja. The six-foot tall statue of Mary is carried to the cathedral of Loja where it is the focus of a great festival on September 8. It remains in the cathedral of Loja until November 3 and is then returned to El Cisne.

Other pilgrimage shrines in Ecuador are: 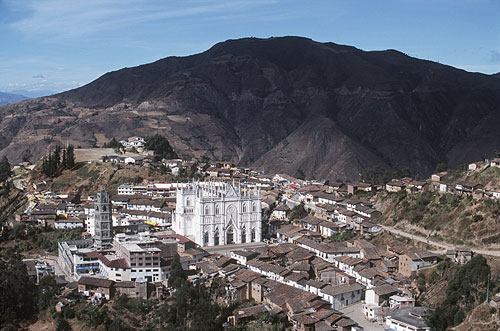