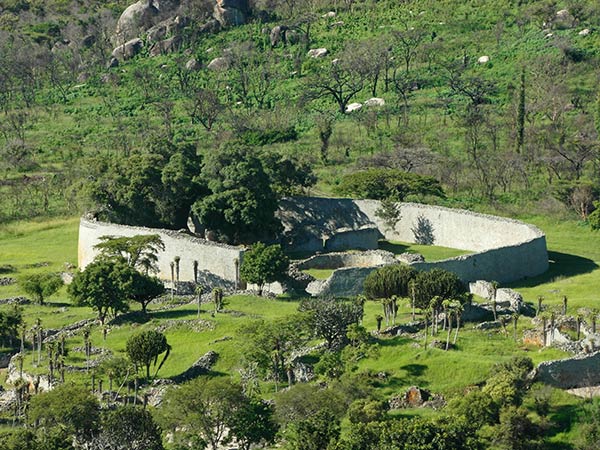 Great Zimbabwe is a ruined city in the southeastern hills of Zimbabwe near Lake Mutirikwe and the town of Masvingo. It was the capital of the Kingdom of Zimbabwe during the country's Late Iron Age. Construction on the monument began in the 11th century and continued until the 15th century. The exact identity of the Great Zimbabwe builders is at present unknown, and various hypotheses have been proposed as to who these masons may have been. Local traditions recorded in the 18th and 19th centuries assert that the stoneworks were constructed by the early Lemba. However, the most popular modern archaeological theory is that the edifices were erected by the ancestral Shona. The stone city spans an area of 722 hectares (1,780 acres) that, at its peak, could have housed up to 18,000 people. UNESCO recognizes it as a World Heritage Site. 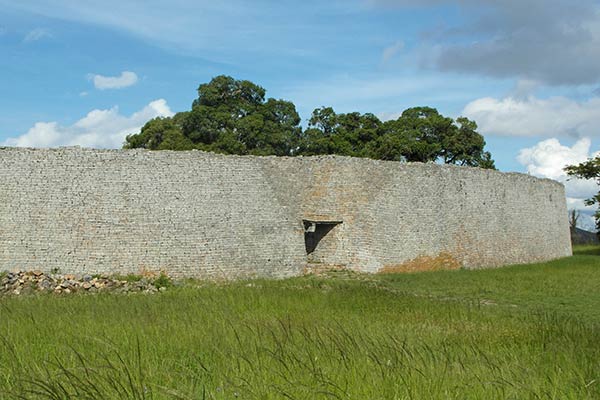 Great Zimbabwe is believed to have served as a royal palace for the local monarch. As such, it would have been used as the seat of political power. One of the edifice's most prominent features were its walls, some of which were over five meters high. They were constructed without mortar. Eventually, the city was abandoned and fell into ruin. 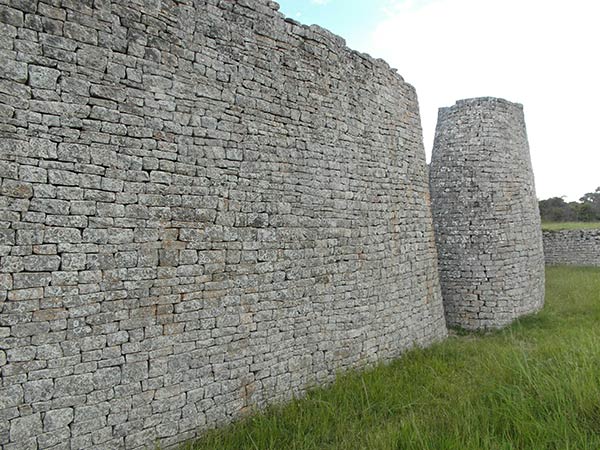 The earliest known written mention of the Great Zimbabwe ruins was in 1531 by Vicente Pegado, captain of the Portuguese garrison of Sofala, who recorded it as Symbaoe. The Portuguese traveler António Fernandes may have made the first European visit in 1513-1515, who crossed twice and reported in detail the region of present-day Zimbabwe (including the Shona kingdoms) and also fortified centers in stone without mortar. However, passing en route a few kilometers north and about 56 km (35 mi) south of the site, he did not make a reference to the Great Zimbabwe riddle. 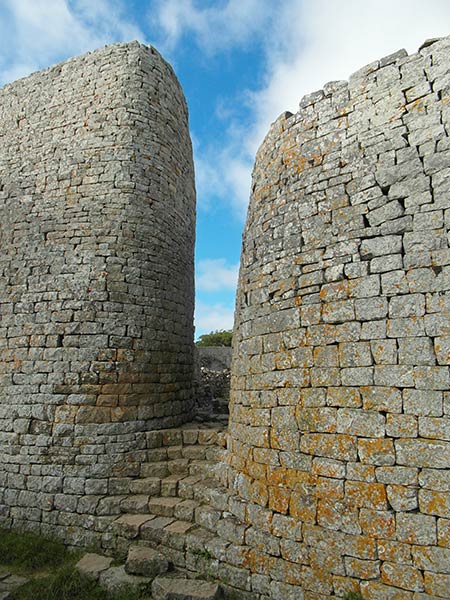 The first confirmed visits by Europeans were in the late 19th century, with investigations of the site starting in 1871. Later, studies of the monument were controversial in the archaeological world, with political pressure being put upon archaeologists by the government of Rhodesia to deny its construction by native African people. Great Zimbabwe has since been adopted as a national monument by the Zimbabwean government, and the modern independent state was named for it. The word "Great" distinguishes the site from the many hundreds of small ruins, now known as 'zimbabwes', spread across the Zimbabwe Highveld. There are 200 such sites in southern Africa, such as Bumbusi in Zimbabwe and Manyikeni in Mozambique, with monumental, mortarless walls; Great Zimbabwe is the largest of these. 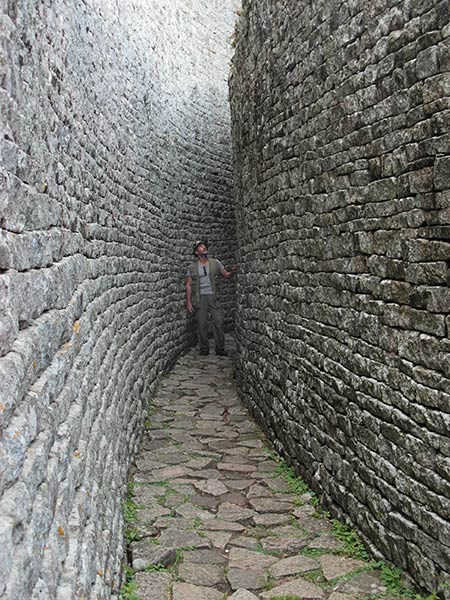 There are various mysteries about Great Zimbabwe, which the orthodox archaeological interpretation cannot explain. One concerns the so-called Hill Fortress above the primary complex of ruins. It is seriously deficient as a military structure. There are controlled entrances, but there are also several weak points where attackers could easily penetrate the fortress and the northwestern side is virtually undefended. Additionally, there are no natural sources of water within the hilltop fort, making it vulnerable to sieges.

Another mystery concerns the lack of burials in the vicinity of the ruins. If a settled population existed at Great Zimbabwe, most of its dead were not buried there. One implication of the rarity of burials is that Great Zimbabwe was designed mainly for ritual use and perhaps permanently sheltered only a few priests.

Finally there is compelling evidence, presented by archaeologist-astronomer Richard Wade, of the Nkwe Ridge Observatory in Johannesburg, that the site may have been used as an astronomical observatory. Central to his conclusion is the location of stone monoliths on the eastern arc of the Great Enclosure. According to Wade, they line up with the rising of the Sun, Moon and bright stars at certain, astronomically significant times of the year. One of the more striking alignments that Wade has observed is the rise of three bright stars in Orion over three of the monoliths, on the morning of the winter solstice, the shortest day of the year. One monolith could also be an eclipse predictor. Wade says it is notched in such a way that "the pattern and amount of notches can only be a record of the Venus' alignments with Earth, and we know that the location of Venus in the sky can be used to predict eclipses. It also has crescents and discs carved into it." Perhaps most contentiously, Wade believes he knows why a conical tower that has previously baffled archaeologists was built. "The conical tower lines up precisely with the supernova known to have exploded in Vela, 700 to 800 years ago," he says. Historical records make no mention of it, an omission that does not surprise Wade since the dying star appeared over the Southern Hemisphere, which at the time had virtually no literate cultures. But oral legends in the region lend credence to the supernova idea, Wade said. The Sena people of Zimbabwe tell that their ancestors migrated from the north by following an unusually bright star in the southern skies. 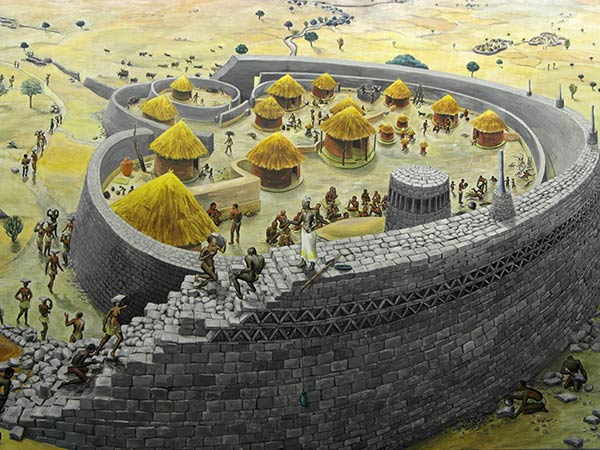 The building of Great Zimbabwe, an artist's drawing (Enlarge)