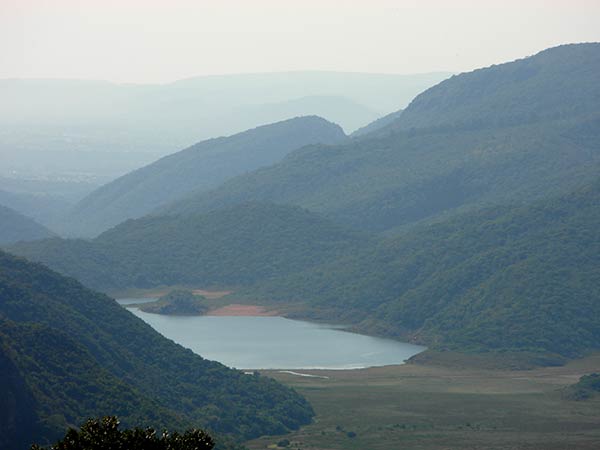 Remotely located in the Venda region of the Limpopo province, in the foothills of the Soutspansberg Mountains, sacred Lake Fundudzi is one of the few true inland lakes in South Africa. Measuring about 140 hectares and estimated to be at least 10,000 years old, Fundudzi is filled by the Godoni and Mutale rivers. Mysteriously, with no obvious outlet, it never overflows.

Different legends are told about the lake. According to the Venda people - a regional ethnic group comprising more than a million people - a sacred python considered to be a bringer of fertility dwells beneath the waters. In ancient times it lived on the surface of the lake and, enjoying human wives, visited them at night when it could not be seen. One time, an inquisitive wife did see it, and her terror so upset the python that it fled deep into the lake. This caused a terrible drought, which only ended when the curious wife walked into the lake to join her serpentine husband. To prevent more droughts in subsequent years young maidens were sacrificed in the same way. In more recent times the performance of the ritual domba dance, part of the initiation rites of young women, is believed to satisfy the lusty python god.

Another legend tells that long ago a leper visiting a village near Lake Fundudzi was refused food and shelter. He cursed the village, which then sank into the waters of the lake. Sometimes the inhabitants of this lost village may be seen going about their daily business if the waters are clear. The inhabitants of the drowned village are said to live under the rule of the python god. 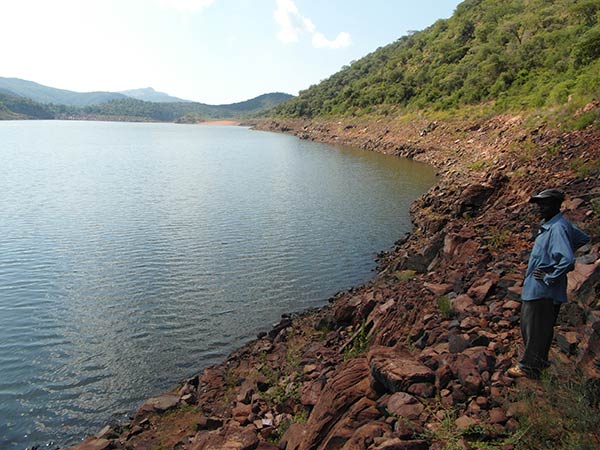 A white crocodile is also rumored to live in the lake. When Venda kings died and their remains were placed in the lake this crocodile would cough up a stone, which the new king had to swallow. The ghosts of the ancestors of the Venda people are believed to reside beneath the surface of Lake Fundudzi and are guarded by this white crocodile.

Local people still perform rituals on the shores of Lake Fundudzi to celebrate the new harvest or to ask for rain. Offerings to the ancestors include traditional beer that is poured into the lake.

Until recently it was not advised for tourists to visit the lake, which is still somewhat difficult to find, and there was a curious method of approaching the lake. When a visitor first saw the lake they were expected turn their back to it and then bend down to look at it upside down through their spread legs, a salute known as the ukodola. The different and sometimes ominous beliefs, which had kept people from approaching the lake without permission, are gradually weakening and the younger generation no longer shows much interest in them.

The sacred lake is facing stresses like never before as economic activity increases in the region. Expanding human settlements, the clearing of adjoining hillsides for the planting of trees, cattle grazing, the invasion of alien vegetation and the erosion of the cleared hillsides are creating worries about the long-term protection of the lake. Studies have also reported deterioration of water quality in Lake Fundudzi. The lake has been declared a National Heritage Site but some local campaigners have argued that this was only done to promote tourism and job creation, while ignoring the spiritual value of the lake. Swimming in Lake Fundudzi is not recommended, as it is full of crocodiles. 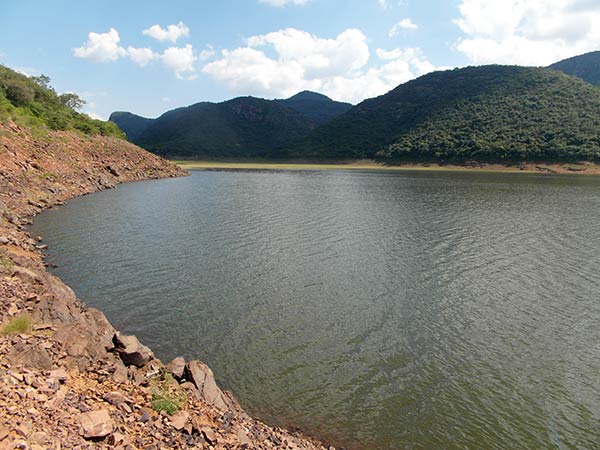 Adjacent to Lake Fundudzi is the sacred forest of Thathe Vondo, where Venda kings were buried for untold generations. Traditionally, the Venda people were buried at home. However, after ten to fifteen years, their remains would be uncovered by family members and brought to the Sacred Forest. The family members would spend the night in the forest, using snuff to help them communicate with the ancestors, and leave the remains deep in the forest so that their loved one could join other ancestors there.

Now, the Sacred Forest, a fertile area of wetland and rainforest, is surrounded on all sides by towering pine trees that have been planted for paper production. It is certain that these pines are straining the land and draining it of its water (pine trees require huge amounts of water to thrive), but for now, the rainforest remains. Due to its cultural status by the Venda people, no hiking is allowed in the forest, although it can be explored along a designated forestry track, when accompanied by a local guide.

In the nearby region are two beautiful waterfalls worth visiting: the Phiphidi and Mahovhovho.