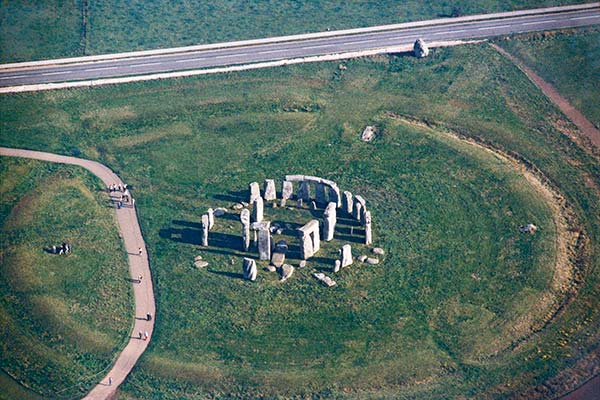 
More than nine hundred stone rings exist in the British Isles and twice that number may originally have been built. These megalithic structures are more accurately called rings rather than circles because they often display non-circular elliptical shapes; Stonehenge, however, is circular. It is difficult to precisely date the stone rings because of the scarcity of datable remains associated with them, but it is known that they were constructed during the Neolithic period, which in southern England lasted from approximately 4000 to 2000 BC.

Before the development of archaeological dating methods, 17th century antiquarians assumed that Stonehenge, Avebury, and other megalithic structures were constructed by the Druids. The Druids, however, had nothing to do with the construction or use of the stone rings. The Celtic society, in which the Druid priesthood functioned, came into existence in Britain only after 300 BC, more than fifteen hundred years after the last stone rings were constructed. Historians in the 19th century often attributed the stone rings to Egyptian travelers, who were thought to have infused Europe with Bronze Age culture. But with the development of Carbon-14 dating techniques, the infusion-diffusion concepts of European Neolithic history were abandoned, as many of the megalithic structures were shown to predate Egyptian culture.

Mid-20th century archaeology generally assumed stone rings were used for ritual activities, and recent research has deepened our understanding. Beginning in the 1950’s, Oxford University engineer Professor Alexander Thom and astronomer Gerald Hawkins pioneered the study of the astronomies of ancient civilizations, or archaeoastronomy. Conducting precise surveys at hundreds of stone rings, archaeoastronomers discovered significant celestial alignments indicating that the stone rings were used as astronomical observatories. These studies also revealed the extraordinary mathematical sophistication and engineering abilities with which the stone rings were built. 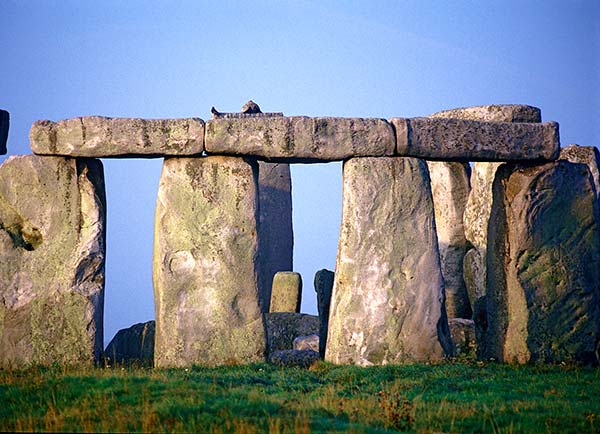 
The most visited and well known of the British stone rings, Stonehenge is a composite structure built during three distinct periods. In Period I (radiocarbon-dated to 3100 BC), Stonehenge was a circular ditch with an internal bank. The circle, 320 feet in diameter, had a single entrance, 56 mysterious holes around its perimeter (with remains in them of human cremations), and a wooden sanctuary in the middle. The circle was aligned with the midsummer sunrise, the midwinter sunset, and the most southerly rising and northerly setting of the moon.

Period II (2150 BC) saw the replacement of the wooden sanctuary with two circles of ‘Bluestones’, the widening of the entrance, the construction of an entrance avenue marked by parallel ditches aligned to the midsummer sunrise, and the erection, outside the circle, of the thirty-five ton ‘Heel Stone’. The Bluestones, eighty in number and weighing as much as four tons, are of two different mineral types. One type, known as spotted dolerite, is from the Mynydd Preseli range in Pembrokeshire, Wales. The other type, known as rhyolite, has been traced to an area north of the Mynydd Preseli range, in the vicinity of Pont Saeson. The exact method of transporting the giant stones to Stonehenge, approximately 150 miles to the southeast, is uncertain. Most probably they were dragged across the land using a combination of human and animal power, and it has been suggested that large wooden logs may have been used as rollers to move the stones over flat areas of terrain. 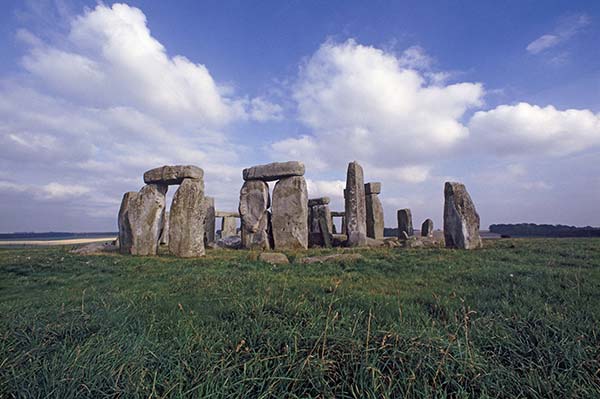 
During Period III (2075 BC), the Bluestones were taken down and the enormous Sarsen stones - which still stand today - were erected. These stones, averaging eighteen feet in height and weighing twenty-five tons, were transported from near the Avebury stone rings twenty miles to the north. Sometime between 1500 and 1100 BC, approximately sixty of the Bluestones were reset in a circle immediately inside the Sarsen circle, and another nineteen were placed in a horseshoe pattern, also inside the circle. It has been estimated that the three phases of the construction required more than thirty million hours of labor. Recent studies indicate it unlikely that Stonehenge was functioning much after 1100 BC.

Recent studies conducted by the Stonehenge Hidden Landscapes Project (2010-2014) have revealed that Stonehenge was not an isolated structure on the edge of Salisbury Plain, but the center of a complex and widespread arrangement of ritual monuments that had grown and expanded over time. Using magnetometer measurements, ground penetrating radar, and airborne laser scanning, the geophysical survey covered an area of 12 square kilometers and penetrated to a depth of three meters. Seventeen previously unknown wooden or stone structures as well as dozens of burial mounds were discovered.

Most of the one million visitors who visit Stonehenge every year believe they are looking at untouched 4,000-year-old remains. But nearly every stone was re-erected, straightened or embedded in concrete between 1901 and 1964. The first restoration project took place in 1901 when a leaning stone was straightened and set in concrete to prevent it from falling. Further renovations were carried out in the 1920s when six stones were moved and re-erected. In 1958 cranes were used to reposition three more stones and one giant fallen lintel, or cross stone was replaced. Then in 1964 another four stones were repositioned to prevent them from falling. The current appearance of Stonehenge is reminiscent of what the site might have looked like thousands of years ago.

In the summer of 2014 a perplexing question regarding Stonehenge – whether the arrangement of standing stones once formed a complete circle – was fortuitously answered. Normally, rainfall waters the grass growing around the standing stones and during the dryer months of summer stewards use long hoses to keep the earth moist and the grass green. In the summer of 2014, however, the hoses used were too short to reach the whole site. By chance, the incomplete section of the inner stone circle was left to dry out. When archaeological features have been buried in the ground for a long time, they affect the rate that grass grows above them, even long after they have disappeared. The dry summer of 2014 revealed the faint outline of the missing megaliths proving that Stonehenge had once been a complete circle.

Stonehenge was a structure with multiple purposes. It was an astronomical observation device used to predict, in advance of their occurrence, particular periods in the annual cycle when the earth energies were most highly influenced by the sun, moon and stars. It was a temple in which festivals were held at those energetic periods determined by astronomical observations. It was a structure built with certain types of stones, positioned according to sacred geometry, which functioned as a sort of battery for gathering, concentrating and emanating the earth energies of the site. 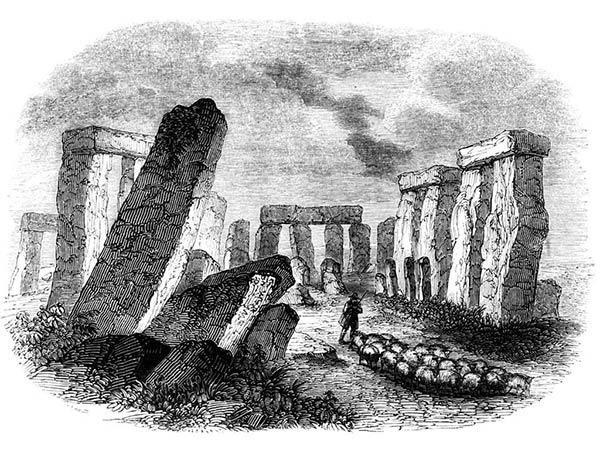 Lithograph of Stonehenge before reconstruction