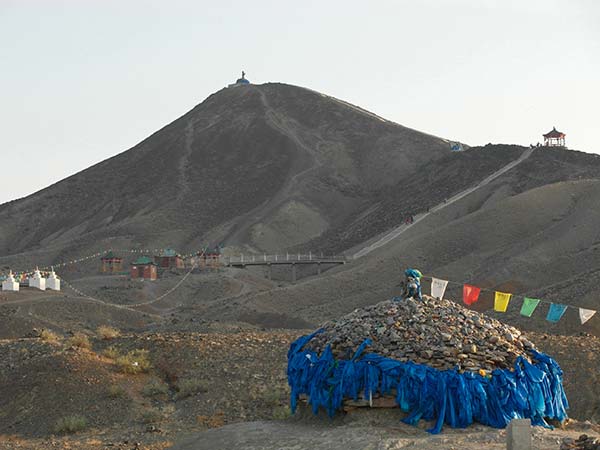 
Mongolian shamanism, more broadly called the Mongolian folk religion, or occasionally Tengerism, refers to the animistic and shamanic ethnic religion that has been practiced in Mongolia and its surrounding areas (including Buryatia and Inner Mongolia) at least since the age of recorded history. In the earliest known stages it was intricately tied to all other aspects of social life and to the tribal organization of Mongolian society. Along the way, it has become influenced by and mingled with Buddhism. During the socialist years of the twentieth century it was heavily repressed and has since made a comeback.

Mongolian shamanism is centered on the worship of the tngri (gods) and the highest Tenger (Heaven, God of Heaven, God) or Qormusta Tengri. Mongolian shamanism is an all-encompassing system of belief that includes medicine, religion, a cult of nature, and a cult of ancestor worship. Central to the system were the activities of male and female intercessors between the human world and the spirit world, shamans (böö) and shamanesses (udgan). They were not the only ones to communicate with the spirit world: nobles and clan leaders also performed spiritual functions, as did commoners, though the hierarchy of Mongolian clan-based society was reflected in the manner of worship as well.

Various aspects of shamanism, including the tngri and their chief deity Qormusata Tngri, are described in the thirteenth-century The Secret History of the Mongols, the earliest historical source in Mongolian. Sources from that time period, though, do not present a complete or coherent system of beliefs and traditions. A much richer set of sources is found from the seventeenth century on; these present a Buddhist-influenced "yellow" shamanism but in the opinion of many scholars they indicate the continued tradition of an older shamanism.

Buddhism first entered Mongolia during the Yuan dynasty (thirteenth-fourteenth century) and was briefly established as a state religion. The cult of Gengis Khan, who had been accepted into the tngri, the highest pantheon of spirits in Mongolian shamanism, became annexed into Buddhist practice as well. Mongolia itself was at a political and developmental standstill until the sixteenth century, when after the conversion of Altan Khan Buddhism re-established itself. In 1691, after the Qing Dynasty had annexed Outer Mongolia, Buddhism became the dominant religion of the entire area and shamanism began incorporating Buddhist elements. Violent resistance in the eighteenth century by the hunting tribes of Northern Mongolia against the (Buddhist) ruling group, the Khalka Mongols, led to the foundation of black shamanism.

During the Soviet domination of the Mongolian People's Republic, all varieties of shamanism were repressed; after 1991, when the era of Soviet influence was over, religion (including Buddhism and shamanism) made a comeback. Recent research by anthropologists has indicated that shamanism continues to be a part of Mongolian spiritual life.

Ovoos or aobaoes (in Mongolian “heap”) are large rock ceremonial altars in the shape of mounds that are traditionally used for worship in the indigenous religion of Mongols and related ethnic groups. Every ovoo is considered to be the representation of a god. There are ovoos dedicated to heavenly gods, mountain gods, other gods of nature, and also to gods of human lineages. In Inner Mongolia, the ovoos for worship of ancestral gods can be private shrines of an extended family or kin, otherwise they are common to villages (dedicated to the god of a village). Pilgrims passing by an ovoo traditionally circle it three times in clockwise direction while making prayers. They often make offerings by adding stones to the mound, or by hanging blue ceremonial silk scarves, called khadaq, symbolizing the Tengri mountain spirits. Some pilgrims also leave money, milk, incense sticks, or bottles of alcoholic beverages. 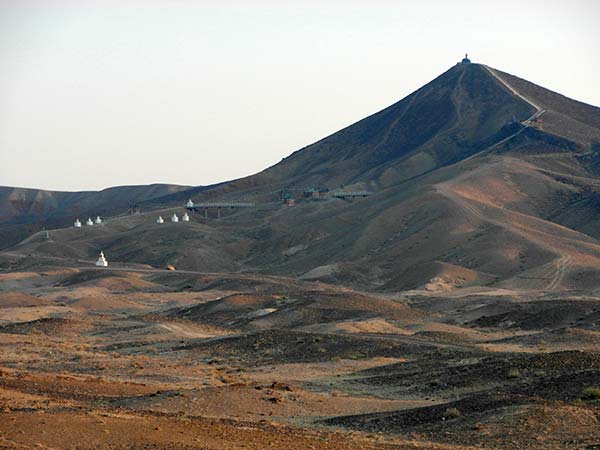 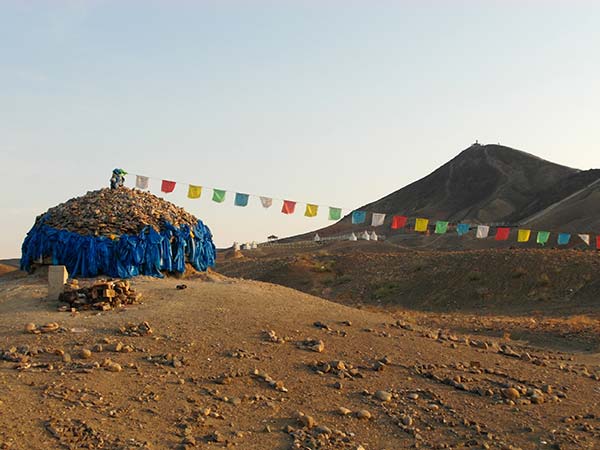 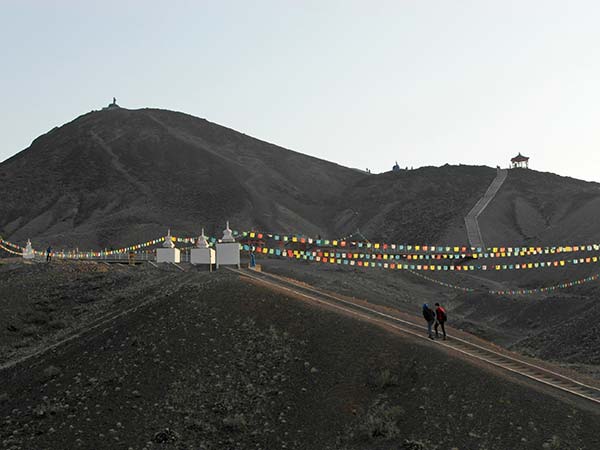 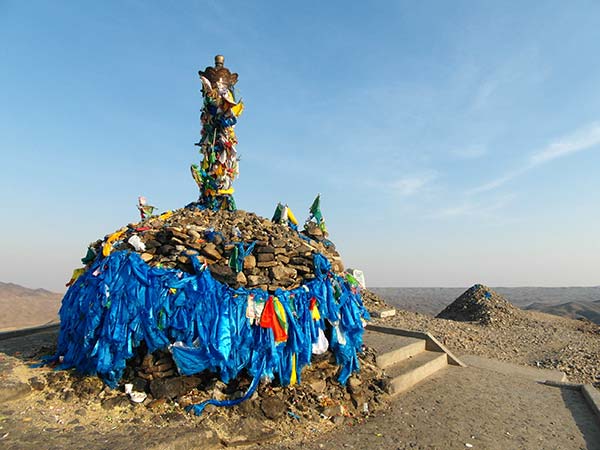 Martin Gray is a cultural anthropologist, writer and photographer specializing in the study and documentation of pilgrimage places around the world. During a 38 year period he has visited more than 1500 sacred sites in 165 countries. The World Pilgrimage Guide web site is the most comprehensive source of information on this subject.
For additional information:
https://www.wikiwand.com/en/Mongolian_shamanism
http://www.face-music.ch/bi_bid/historyoftengerism.html
http://www.mongoliatourism.org/travel-destinations/northern-mongolia/shamanism.html
How to Use This Website