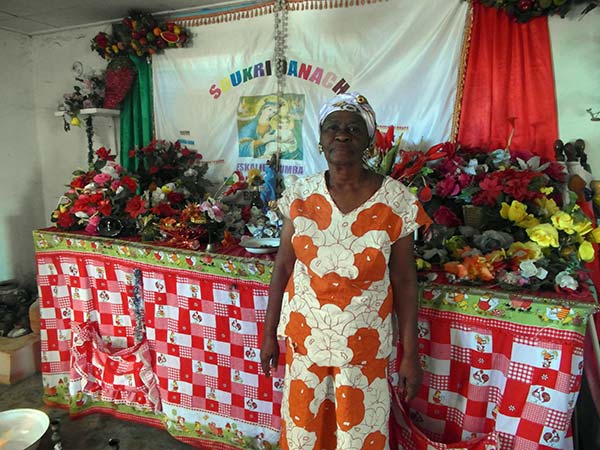 
Haitian Vodou (also written as Vaudou, Vodun, Vodoun, and Voodoo) is a syncretic religion practiced chiefly in Haiti and the Haitian diaspora. Practitioners are called "vodouists" or "servants of the spirits". Vodouists believe in a distant and unknowable Supreme Creator, Bondye (derived from the French term Bon Dieu, meaning "good God"). As Bondye does not intercede in human affairs, vodouists direct their worship toward spirits subservient to Bondye, called Loa. Every loa is responsible for a particular aspect of life, with the dynamic and changing personalities of each loa reflecting the various aspects of life over which they preside. In order to navigate daily life, vodouists cultivate personal relationships with the loa through the presentation of offerings, the creation of personal altars and devotional objects, and participation in elaborate ceremonies of music, dance, and spirit possession.

Vodou originated in the Caribbean and developed in the French Empire in the 18th century among West African slaves when African religious practice was actively suppressed, and enslaved Africans were forced to convert to Christianity. Religious practices of contemporary Vodou are descended from, and closely related to, West African Vodun as practiced by the Fon and Ewe (ethnic and linguistic groups in the countries of Ghana, Benin, Togo and Nigeria). Vodou also incorporates elements and symbolism from other African peoples including the Yoruba and Kongo, as well as Taíno (indigenous Caribbean) religious beliefs, Roman Catholicism, and European spirituality including mysticism, Freemasonry, and other influences. 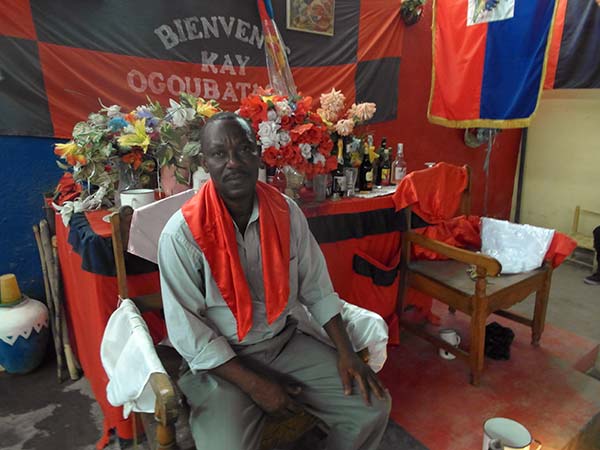 
Traditionally, extended families in rural Haiti would organize themselves into clusters of homes surrounding a central courtyard. This organizational structure is called the lakou, a term which also denotes the extended family group itself. The lakou model has its roots in Haiti's plantation heritage. As a nation emerging from enslavement, Haiti adopted the lakou as a means to safeguard against the return of the plantation. The lakou became a grassroots opposition to any state action tending to reinstate the plantation order. Existing entirely outside the state, the lakou became what Gérard Barthélemy called "an egalitarian system without a state."

A second major contributing factor to the development of the lakou was the rise of vodou in Haiti. After Haiti achieved independence in 1804, it faced 56 years of neglect on the part of the Catholic Church. In this chasm, vodou—rooted in West African traditions—flourished. The absence of the Church throughout the early 1800's allowed for other West African traditions, such as the family compound, to reemerge. This family compound structure, intimately linked with vodou practice, became the foundation for the Lakou system.

The lakou represents the intersection between land, the extended family, and spirituality. Geographically speaking, the lakou includes the extended family's farm property, individual dwellings, and communal worship area.  At the heart of the peristil, or shrine, sits the sacred mapou tree, considered the link, the Poteau mitan between the spirit world and the earth. In Vodou, at once a religion and a way of life, is inextricably linked to Haitian identity and the structure of the lakou. For a comprehensive description of the Haitian vodou religion, see the Haitian Consulate's article on Haitian Vodou. In vodou ceremonies, the chef lakou (see Lakou network and hierarchy) would act as vodou priest or priestess.

Both as a symbol of liberty—under the oppression of slavery, it was not possible to maintain family tombs—and as a spiritual link to ancestors, family cemeteries are an integral part of the lakou structure. These cemeteries serve as a constant reminder of the origins of the family and the lakou, reminding members of the importance of preserving the community and the land it was built upon. Ancestor worship is an integral part of the vodou religion. At the beginning of every vodou ritual conducted within a lakou, the descent group recites the entire genealogy of spirits and ancestors of the lakou. 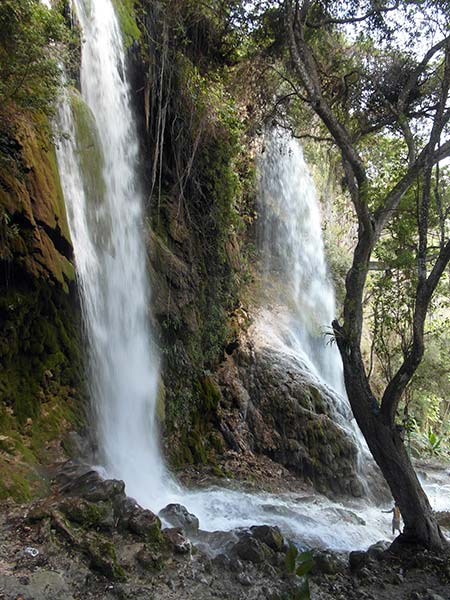 
Saut-d'Eau, meaning 'waterfall' in French, is a village in the Mirebalais district of Haiti. The area holds cultural significance in Haiti, to both Catholic and Vodou practitioners. In the 19th century, it is believed that the Virgin Mary of Mount Carmel (or the closely associated Vodou Lwa, Erzulie Dantor) appeared on a palm tree there. A French priest, afraid of the superstition this would inspire, cut the tree down, but it nonetheless became an important religious destination for Haitians. Annually, the falls are the site of a large religious pilgrimage, during the festival of Our Lady of Carmel, from July 14–16. A Eucharistic rite is held during the festival, as well as various vodou rituals, but the primary devotional activity is bathing in the waters of the falls, and asking favors of the Virgin or Erzulie. The water is also sacred to the lwa Damballah and Ayida Wedo. It is believed that the waters can cure problems of the womb, such as infertility. Many women who come to Saut d'Eau make offerings of their underwear in order to cure infertility. 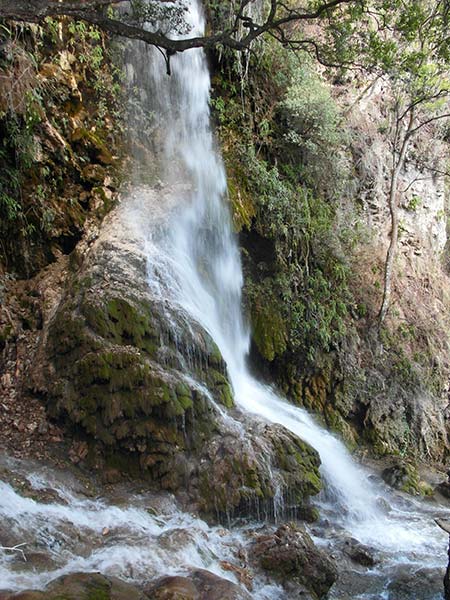 Pilgrimage in Haiti, in The Journal of the Society of Americanists 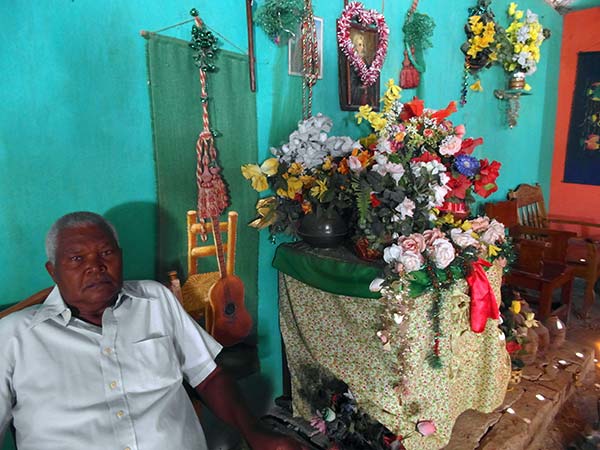 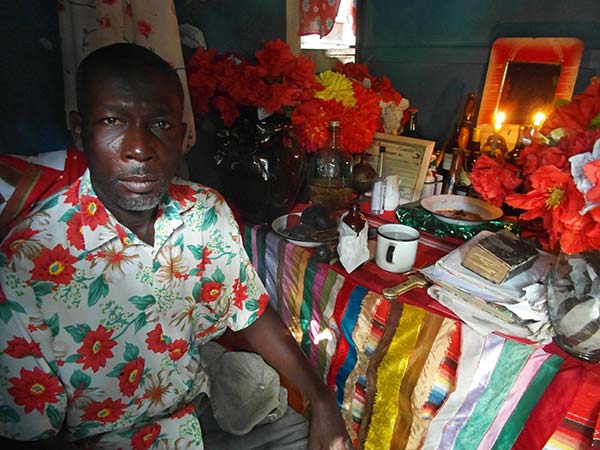