Sacred Sites of the
Dominican Republic 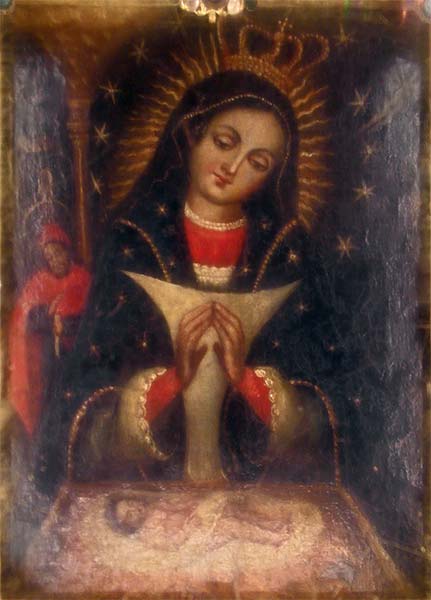 Painting of Our Lady of Altagracia

Located 105 miles (170 kilometers) to the east of Santo Domingo, the basilica of Our Lady of Altagracia in Higuey is the most venerated pilgrimage site in the Dominican Republic. According to one legend, in 1502, the Spaniards Alonso and Antonio de Trexo settled near the town of Higuey, bringing with them a painting showing a Nativity scene with Mary gazing at the baby in the foreground and St. Joseph looking on from the background. The brothers donated the painting to the local parish church, where it became known for its miracle causing powers. This attracted the attention of the Archbishop of Santo Domingo, who had the painting taken to that city in a sealed trunk. Along the way, however, the painting mysteriously disappeared and then reappeared in the Higüey church.

An alternate legend from the same period relates that a merchant of Higuey once asked his two daughters what he might bring them from his journey to the capital. The elder daughter requested jewelry, while the younger, influenced by a dream, asked for a painting of the Virgin of Altagracia, a puzzling title of which the father had never heard. On his way home, with gifts for the elder daughter only, he stopped to stay with some friends, who also gave food and lodging to a stranger the same night. Over supper the merchant told his friends about his trouble fulfilling his younger daughter's request. Hearing this, the stranger opened his pack and brought forth a painting of the Virgin of Altagracia, which he gave to the astonished merchant. The following morning, before anyone could thank or repay him, the mysterious stranger had gone. Returning home, the merchant gave the painting to his daughter but it would not remain in their house, instead disappearing and then reappearing in a nearby orange tree. Locals interpreted this as the desire of the Virgin to be placed in her own chapel, which should be erected at the site of the orange tree. The painting was first placed in a simple chapel of wood and straw, and thereafter, in 1572, installed in a stone church of San Dionisio, considered to be the first Marian shrine in the Caribbean Islands. Two hundred years later, the painting was moved to the Basilica of Our Lady of Altagracia, constructed from 1952 to 1971.

The concrete basilica was designed by the Frenchmen Pierre Dupré and Dovnoyer de Segonzac, it is shaped as a Latin cross, rises to 262 feet, and has beautiful stained glass windows and 45 bells made of bronze. The grounds surrounding the basilica are planted with many hundreds of stately palm trees and also contain a fine museum with many exhibits concerning Our Lady of Altagracia. The portrait of Our Lady is 13 inches wide by 18 inches high (33 centimeters by 45 centimeters). In the painting, which has had five major restorations (the last in 1978), Mary wears the colors of the Dominican flag and a crown that was not initially part of the portrait but was added later at an unknown date. The frame is made of gold, silver, precious stones and enamel, and is the work of an unknown eighteenth-century artist.

Our Lady of Altagracia is considered the Protector of the Dominican People (though the national patron is the Virgin de las Mercedes at Santo Cerro near the city of La Vega). While hundreds of pilgrims visit the Altagracia shrine each day, the most important festival of the Virgin is celebrated on January 21, when many thousands of pilgrims journey to Higuey from all parts of the country. The Night of Prayer, Las Noches de Vela is celebrated the night before. 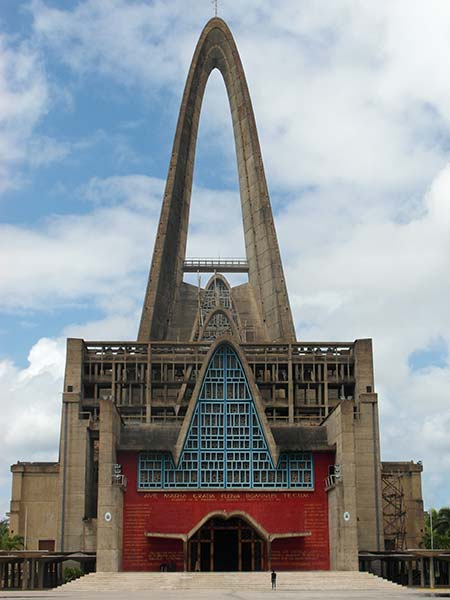 Basilica of Our Lady of Altagracia, Higuey


Other important sacred sites in the Dominican Republic include the Church of Santo Cristo de los Milagros in Bayaguana, the Church of the Virgin de las Mercedes in Santo Cerro, and the cave and church of St. Francis in Banica. 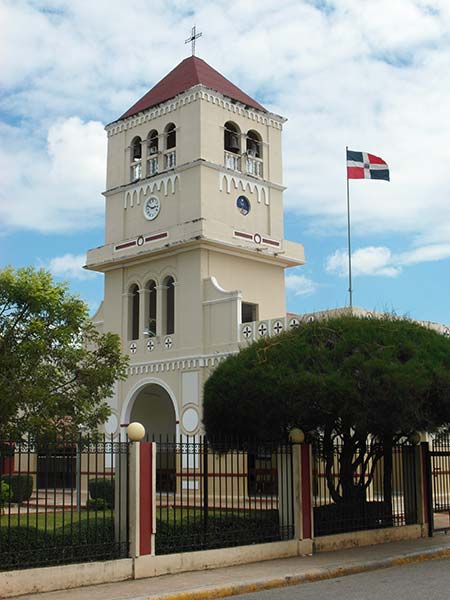 Sacred Sites of the Dominican Republic